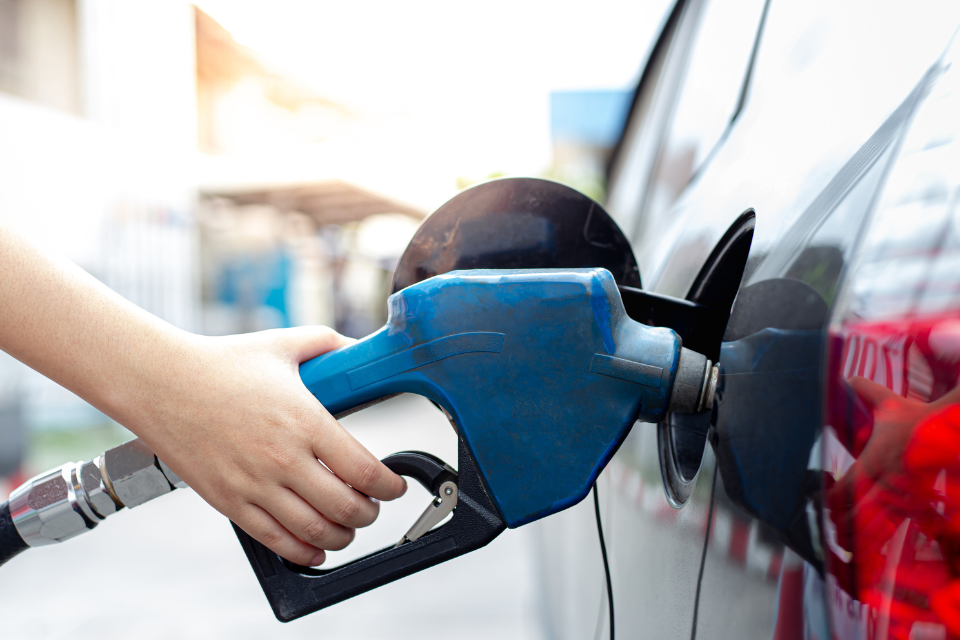 ~ photo by 89Stocker from Canva

High gas prices and inflation are affecting United Methodists across the U.S., including Michigan, as ministries negotiate travel demands and deal with increased demand at food pantries and other charities.

For United Methodist pastors, the job is getting more demanding while paychecks aren’t stretching as far as they used to.

“Up until June 30, I was serving three churches that were far apart from one another,” said Pastor Jon Fox, a licensed local minister who currently serves Sistersville First and Friendly United Methodist churches in West Virginia.

Previously, Fox’s three-point charge consisted of: Corley, Sugar Creek, and Stringtown United Methodist—all in Barber County in West Virginia. His secular job in newspaper advertising was an hour away in Fairmont, West Virginia. With gas prices getting higher, it got expensive.

“It’s a very rural area [and] things are very much spread apart,” Fox said. “So I had to learn how to work smarter when it came to visiting people . . . so I wasn’t running all over the place.”

Inflation was 9.1% for the 12 months that ended June 2022, according to the Labor Department, after rising 8.6% previously. It was the largest increase since November 1981. In early March, gas was costing on average $4.33 a gallon, according to USA Today. Though gas prices have fallen some recently, another surge may be imminent because of seasonal demand and rising oil prices.

Nobody’s immune to the consequences, especially pastors of small churches and multi-point charges.

Pastor Sue Simmons has a four-point charge in Iowa, with the help of a “preaching pastor” on Sunday mornings to cover two of her churches.

“I’m really fortunate that the church takes care of mileage for me, and I’m very thankful for that,” Simmons said. “I thought they were very generous with their mileage reimbursement amount, knowing that I still was dealing with study classes. I had to travel to either Morningside or Sioux City [in Iowa], or I had to go down to Garrett [Theological Seminary] near Chicago.”

The IRS raised its recommended mileage reimbursement amount by 4 cents to 62.5 cents on July 1, and her churches agreed to follow suit, Simmons said.

Simmons says her churches are bringing in enough contributions to cover the budget, but it is getting harder. The effects of COVID-19 linger.

“Our churches are kind of struggling,” Simmons said. “We’ve got decreased attendance and when people don’t come, money doesn’t get put in the plate. A lot of people don’t think to send in their offering when they’re not coming.”

Before the coronavirus, attendance varied between 20-30 at her churches. Now, a good Sunday brings 12-15.

Inflation and rising gas prices have also affected how conference staff and volunteers stay connected with their ministries, sometimes stretching across a large geographic region. This is especially true in Michigan.

“Our teams have to manage their travel routes to various clients and the office to be efficient stewards of the available funding,” O’Malley said. “Zoom meetings are used whenever applicable for team members to minimize travel.”

Volunteers like O’Malley must also be aware of how much they travel themselves. “I’m very selective in the in-person meetings that I attend in the Detroit area,” he said, “as I live on the east side of Grand Rapids near the Ford Airport.”

On another front, social programs at churches have experienced rising need for food and other services.

“We were pretty steadily at . . . 70 to 85 families a week [showing up for groceries],” said Myra Kerr, coordinator of Project Suppertime at Northern Boulevard United Methodist Church in Independence, Missouri. “Then, the last few weeks, we’ve been over 100 every week.”

Kerr said that although some of Project Suppertime’s clients are homeless, the ministry is used mostly by families to supplement their grocery purchases, freeing up money for gas and other expenses.

So far, prices at the local food pantry that supplies Project Suppertime have held steady and the number of volunteers hasn’t decreased, she said.

“We’re not having any additional issues with what we’re giving out,” Kerr said. “It’s just the numbers of people that are needing our service.”

Food pantries in Michigan have noted an increase in visitation this year.

In 2019, the food pantry at Lake Ann United Methodist Church near Traverse City averaged 156 individuals/46 families per month. The numbers dropped during the height of the pandemic but have increased significantly this year. In June they had 200 individuals and 75 families, and in July they had 151 individuals and 60 families.

Susan Wagner, the food pantry coordinator, said, “In January through May, we have seen a steady increase in new families visiting the pantry—averaging 16 individuals/6 families a month—and most [of them] state increased costs were the primary reason.”

In the first week of August, of the 23 families served, eight were feeding five or more people, whereas, in a typical month, there are only one or two families of that size.

Sarah Zachow, director of the food pantry, said that people with large families are struggling to afford groceries for their children. “Because of this increase,” Zachow noted, “the pantry is making an extra effort to stock child-friendly supplies such as juice boxes and extras for the kids, beyond the standard nutritious options.”

United Methodist Economic Ministry distributes food and operates two thrift shops in North Franklin County in Maine, where 16% to 18% of families live below the poverty line. UMEM has seen a slight increase from the normal 30 or so families seeking food each week, said Yvonne Woodcock, food cupboard manager at the Salem, Maine, location.

“We have also seen an increase in the amount of shoppers at the thrift store in Salem,” she said. The store sells clothes, shoes, household goods, and linens along with puzzles and games for children. They also have some discount furniture.

“God’s divine providence has provided what we need,” he said. “There’s still a lot of wonderful folks and companies that will donate food to these pantries, but ultimately it’s the generosity of the congregations that allow it to go on.

“Hopefully, it doesn’t ever come to that point where we have to rethink how we’re doing it. But I know others have had to because of the supply chain problems.”

“Sam’s [Club] for example, would only let you buy so many boxes of Capri Sun [juice] at one time, right?” he said. “So we were having to scout out other locations. It became difficult to get some items.”

Simmons acknowledges that inflation has made grocery shopping harder in her private life.

“It’s been interesting going to the grocery store,” she said. “Yesterday, it was $40 for three items. It was just potatoes and eggs and a couple of jars of something. It’s crazy.”