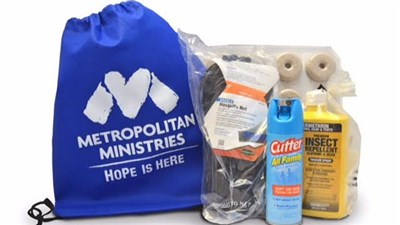 Florida’s homeless have little defense against disease carrying mosquitoes. The UMC steps in to help.

While vacationers are warned to stay away from Florida and residents are urged to stay indoors, Florida’s homeless population has little recourse for escaping the Zika virus threat.

In past years, the swarms of mosquitoes that thrive in Florida’s hot, humid climate were little more than an annoyance to the population of people who make their homes on park benches, in cars, behind deserted buildings or in the woods.

But this year, with the looming risk of contracting the Zika virus, the presence of these pesky pests is posing a real health hazard for the homeless.

Rodney Dyess, director of The Homeless Ministry of Brooksville, is accustomed to seeing homeless men, women and children covered with mosquito bites. But this year, with the threat of the Zika virus, he has added insect repellant to his wish list of donations he distributes to Brooksville’s large population homeless population.

To support Dyess’ effort, First United Methodist Church of Brooksville has joined Operation Skeeter Stop, a countywide initiative launched by the Hernando County Extension Services to collect cans of insect repellent to distribute to the homeless.

Read the rest of the story as reported by D’Ann Lawrence White of the Florida United Methodist Church.