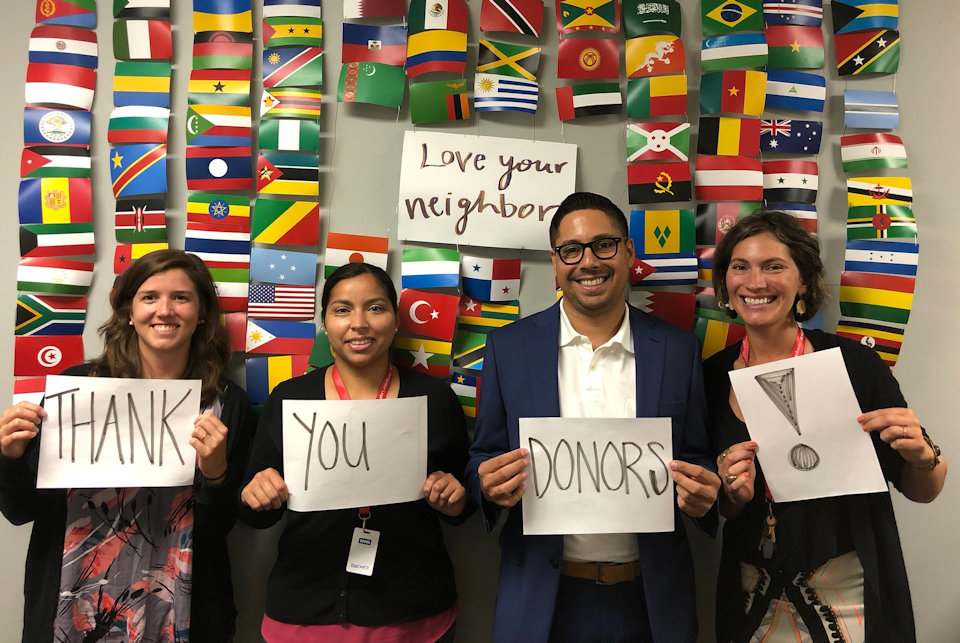 Justice For Our Neighbors is active around the state of Michigan providing ways to invest time, dollars, and the love of God in the effort to welcome migrants. They provide legal services and tools for advocacy. JFON attorneys across the state report that changes in policies and procedures have nearly doubled their workload.~ Facebook/Justice For Our Neighbors-Michigan

Being a migrant in the U.S.A. is becoming more and more difficult.

Changes to policy and procedure are restricting historic, legal pathways for entering the U.S.A and making it more difficult for migrants, already in the U.S.A., to live, work, and secure status.

Immigration attorneys and activists are calling this the “invisible wall.” The four major building blocks of the wall include:

It was one of six events organized by United Methodists across the state, in collaboration with ecumenical, interfaith, and non-profit partners, to raise awareness and encourage advocacy. Justice For Our Neighbors (JFON) Grand Rapids, in August, co-sponsored “Rise for Refuge West Michigan.” In September JFON Kalamazoo hosted a Teach-In/Shout Out education and advocacy event. The Shalom Center for Peace and Justice, housed at Lansing: Central UMC, organized an evening program entitled the “Immigration Quagmire,” and the All-Faith Alliance for Refugees held a summit on Refugee Resettlement in Lansing.

A growing number of United Methodists in Michigan, in the United States, and in the world are dedicated to migrant justice. Our resolution, “Welcoming the Migrant to the U.S.,” puts the commitment this way, “At the center of Christian faithfulness to scripture is the call we have been given to love and welcome the sojourner. We call upon all United Methodist churches to welcome newly arriving migrants in their communities, to love them as we do ourselves, to treat them as one of our native-born, to see in them the presence of the incarnated Jesus, and to show hospitality to the migrants in our midst, believing that through their presence we are receiving the good news of the gospel of Jesus Christ.”

I encourage you to join this growing movement. What can you do? Here’s where you can begin …

Learn: Read the statement by the General Board of Church and Society, “General Secretary Calls Record-low Refugee Cap Outrageous.”

Give: Justice For Our Neighbors MI (JFON) is a United Methodist-related immigration legal services provider with locations in Grand Rapids, Kalamazoo, and Metro Detroit, and Traverse City. JFON MI provides legal representations for asylum seekers, refugee green card applications, and victims of crime, trafficking, sexual assault, and domestic abuse. Give online here. Mail a check made out to Justice for Our Neighbors Michigan to 2000 West 13 Mile Road, Beverly Hills, MI 48025.

Act: Find or form a small group of people who share your passion for migrant justice. A group will keep you accountable and committed. Contact your members of Congress and President Trump at least once a week to share your opinions on the “invisible wall.”

CLICK HERE for many more suggestions on how to Learn, Give, and Act in support of justice and hospitality for migrants.