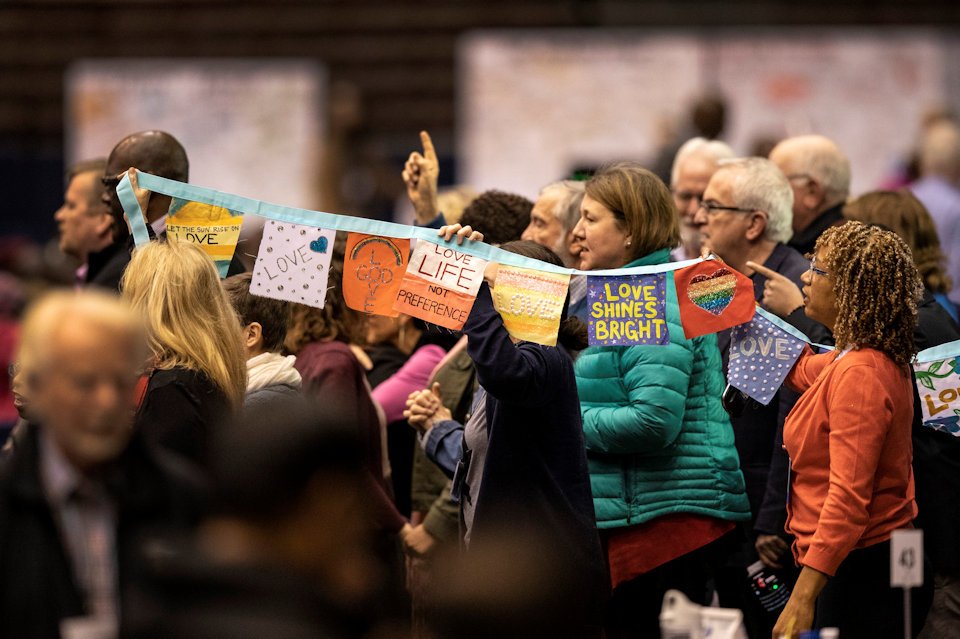 Delegates move with prayer flags in witness for the One Church Plan during day four of the United Methodist General Conference in St. Louis. ~ umns photo/Kathleen Barry

The Rev. Dwayne Bagley watched the livestream of the 2019 General Conference and ponders what’s next for the people called Methodist. 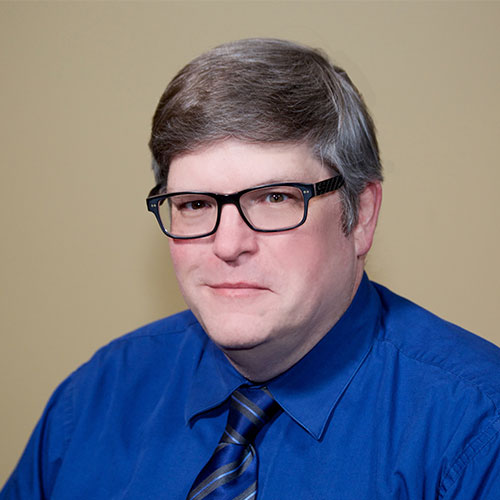 The outcomes of Special General Conference 2019 were met with both weeping and rejoicing across the United Methodist Connection. While much is still unknown about how those outcomes will affect local congregations and their pastors for many the decision in favor of the Traditional Plan felt like a door was being closed. Plenty of challenges will be raised. The Judicial Council of The United Methodist Church will likely rule that significant parts of the Traditional Plan are unconstitutional and details about the implementation of this decision remain to be worked out. Nevertheless, what feels like a sense of finality accompanies conclusion of the United Methodist Church meeting in St. Louis– even though it was truncated by the advent of a monster truck rally.

Again, what that finally means remains an open question at this point. For many reading this, it will say that you just continue as you have. I’m not sure I’m able to do that, to be honest. During my time as a District Superintendent, I have strived to be Superintendent to all the churches in the district. And, as the Special General Conference approached, I spent the church conference season unpacking the three options before the delegates at almost every charge on the district. Trying, as I did so, to provide details so that people could have consistent information and with a view toward encouraging prayer for our Church and its churches.

Almost everywhere I went I said that my heart told me that the delegates to Special General Conference 2019 had a monumental, practically insurmountable task before them. I hoped that the Holy Spirit would move in their midst.

Some would say that it did. I must confess that I did not discern much evidence of the moving of the Holy Spirit as I watched the live stream of the unfolding events. Maybe it was to be found in the tears that some delegates shed or in the voices of those knocking on locked doors to be let in after they were removed from the arena after the final vote on the Traditional Plan was tallied.

Of course, I may only be saying that because things turned out the way I feared rather than the way I had hoped. I have been trembling on the edge of a maybe that there would be some kind of reconciling move toward acknowledging that people of good conscience and deep faith differ on issues related to full inclusion of persons who happen to be gay or lesbian. I had hoped that some of our brothers and sisters and some of your daughters, sons, and grandchildren would finally find their God-given place at the table of grace offered by The United Methodist Church. I had hoped that our church would find will and forbearance to live up to the promise finally lifted so beautifully in the hymn by Shirley Erena Murray, “For everyone born, a place at the table to live without fear and simply to be.”

The day after Special General Conference 2019 it looks like that such a table will not be prepared in The United Methodist Church I have loved and served since I came to saving faith at age 16. I am left a bit bereft. But, I find that history is an antidote to despair. Some of you might, too.

A few reading this might remember a time when the Methodist Episcopal Church bridged a great separation- one that lasted from 1845 until 1939. That separation was prompted by irreconcilable differences over whether followers of Jesus ought to hold their African brothers and sisters in human bondage for personal economic gain. Biblical principles were cited by those on both sides to justify their stand. In the end, there was absolutely no way to compromise in a way that satisfied conscience and The Methodist Episcopal Church fractured along positional lines into north and south. This separation, while tragic, offered a way forward even though there was no way to move forward together.

Whether this Special General Conference brings the UMC to a similar breaking point remains to be seen. What seems apparent is that the action taken has left many sons and daughters of the church feeling broken–again. While the way forward from this point may not be a way all of the people of The United Methodist Church can travel together, it may lead some to a place where there is, for everyone born, a place at the table.

And, I hold on to these things even as I’m left wondering what’s next. That God is not finished with the people called Methodist and that even the most discouraging word is not the final word for people of the Resurrection. My hope remains that people called Methodist will put their heads and hearts together to dream God’s dream for what comes next.