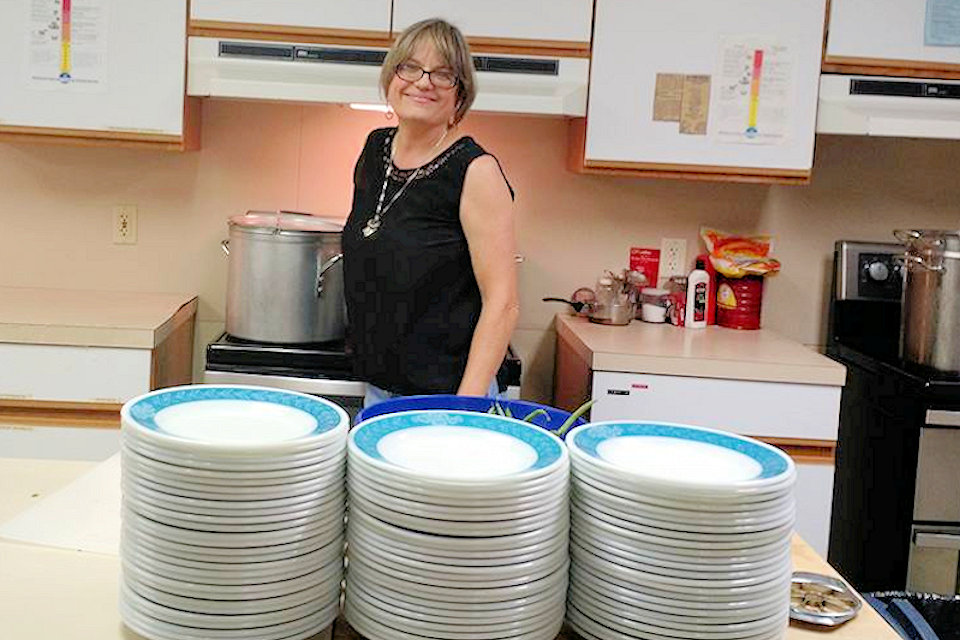 Jesus demonstrated generosity. He fed 5,000 with five loaves and two fish. Community Dinners at Centenary UMC also have a way of multiplying so that many are fed. 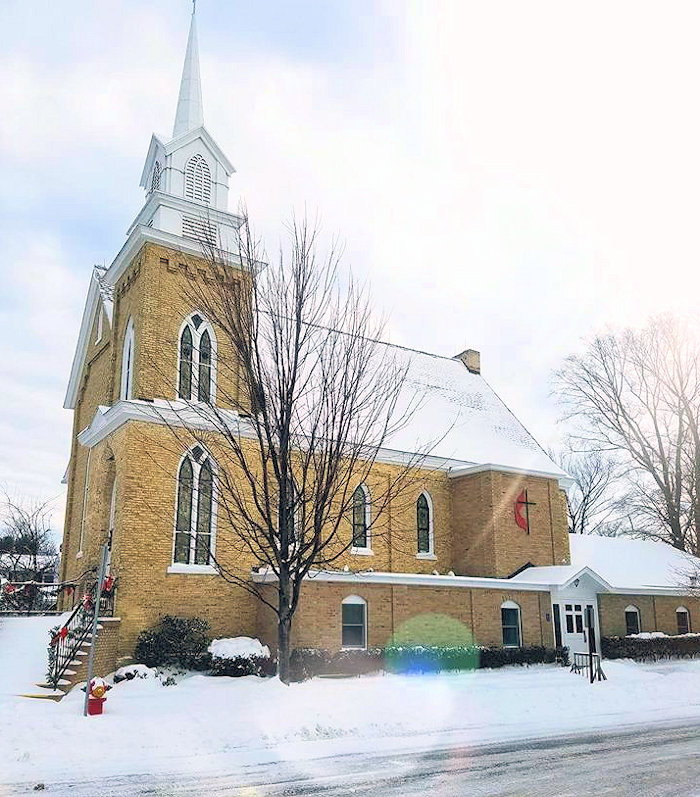 Wednesday we woke up to five inches of snow in Pentwater and more on the way. Never mind that the maples were still yellow on the branches, that the burning bushes were bent beyond their carrying capacity. Never mind that Centenary United Methodist had an assignment to deliver dinner to the homeless tents.

Our Community Dinner has a reputation for generosity. White table cloths, table service, choice of appetizer, gluten-free, and vegetarian on request. We feed everyone from the EI (emotionally impaired) child to the couple who could write a check for the entire operation. And we deliver meals around the community to places like the Women’s Shelter.

The numbers have grown steadily over the last seven years so that we need to turn the tables at least once, at least most of them, during any given mealtime.

Volunteers from COVE, our village Women’s Shelter, pick up dinner for everyone in-house that day and a second dinner for the next night to spare. Our contribution helps the budget for this three-county community asset.

So, it wasn’t exactly a surprise to be asked in September if we could bring meals to the homeless camps.  The Department of Human Services made the ask and works as our guide … how many to prepare, where to deliver, what else is needed. Volunteers driving north to Ludington open the back seats of the big Honda for all the boxes.

Through this, we have learned generosity is a two-way street.

Wednesday night, early November arrived, snow on the ground, temps falling into the twenties, some wind. We had a count for the tents of the homeless. The women’s camp received a communal meal – this night cupcakes for the kids, chicken, and mashed potatoes and carrots and hot soup. For the men’s camp, we packed individual clamshells.

We said a prayer as we gathered. That night our sit-down count in the church basement was down; the take-out count was up. The boxes going to COVE were way-full. The camp counts were down but still significant. All were fed.

When I tell friends about the need, especially older friends who remember harder times, there is always a pause and a thoughtful moment. And then, in a few weeks, something happens … a gift comes for Community Dinner … often.

Which reminds me, our Prayers and Squares group is evaluating some older quilts that were donated. We won’t send those quilts to the camps. But we do know how to translate that generosity into warm blankets and heart-warming personal quilts. In fact, generosity sits like a warm blanket on these ministries of Centenary United Methodist Church.

Works beyond our hands, praise the Lord!