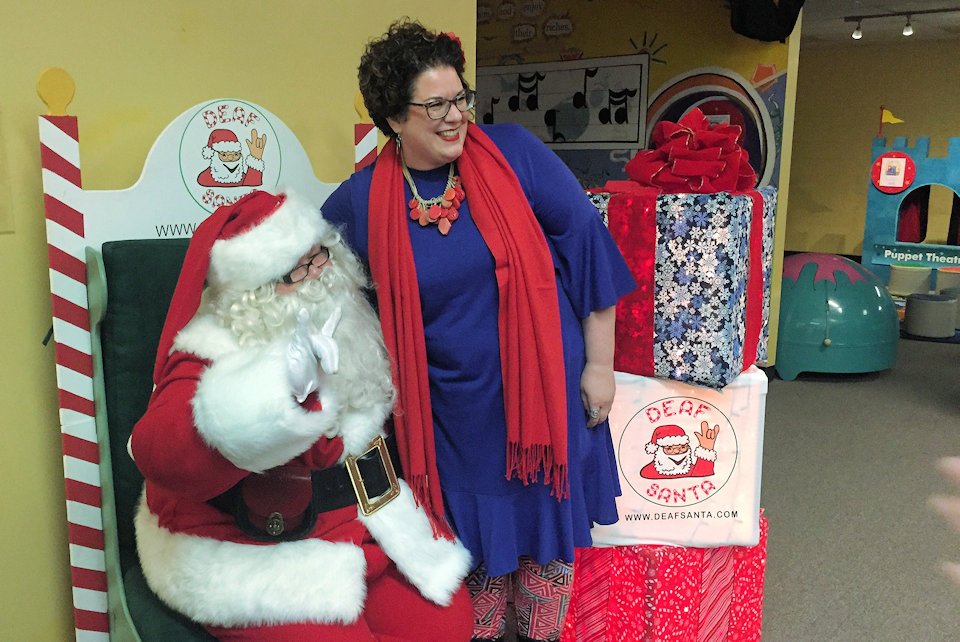 Deaf children in Flint were able to share their Christmas wishes with Santa, thanks to the people of Court Street United Methodist Church. “This was one of those events that just sort of falls in your lap if you’re connected to the community and ready to respond when your neighbors call,” says the Rev. Jeremy Peters, a pastor appointed to Court Street UMC. “A parishioner who works at the Flint Children’s Museum learned that the museum wanted to put on this Deaf Santa event, but they didn’t have a sponsor. She knew that the church is working hard to be more visible and connected to the community, so she encouraged the museum to give us a call.” 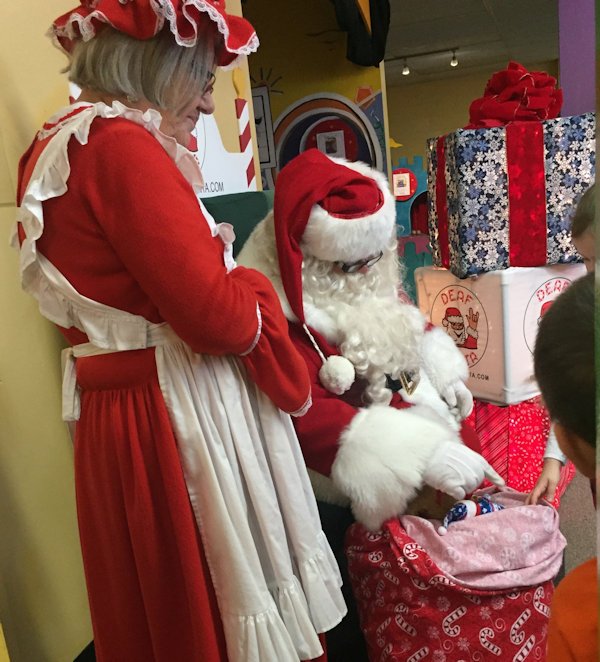 After that initial phone call the event quickly snowballed. Rev. Peters said, “Yes!” to the request immediately. “We’ve spent a lot of time in the last couple years working to articulate the core values of our congregation,” he says. “Two of those core values are inclusiveness and encouraging children. For us it was a no-brainer – I knew that if I said yes, God and the congregation would figure out how to make the money happen.”

When the United Methodist Women learned about the event, the donations started rolling in. The church soon had enough money to make the event completely free, including museum admission and souvenir pictures with Santa.

The event attracted media attention. As Deaf Santa was setting up and getting ready to meet with the children, two television news crews and a passel of journalists arrived at the museum. The Rev. Christy Miller-Black, a deacon serving as Court Street UMC’s Minister of Christian Education, was on hand to answer questions and give interviews. “What a gift, to have the chance to appear on the evening news and tell the world that we as a church are working to include all of God’s children!” she says.

The response to the event was so positive that Court Street UMC is talking about possibilities for sign-language interpretation in worship. “You never know what God is going to do when you focus on your core values and get out into the community,” says Rev. Peters. “Miracles happen when we answer the phone and say, ‘Yes!’”