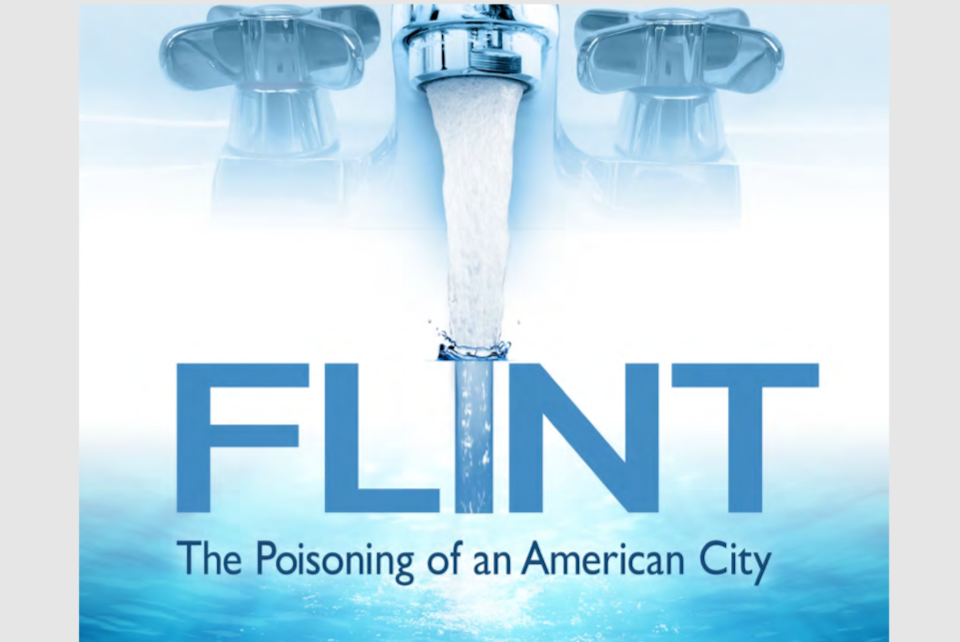 As Michigan’s city of 100,000 enters its fifth year without clean water, Flint: The Poisoning of an American City, premieres at the Capitol Theater in Flint on September 12, 2019.

The first feature-length documentary of its kind, the film, Flint: The Poisoning of al American City, reveals the scope of Flint’s on-going water crisis through interviews with environmental experts and over two dozen local residents. The Rev. Greg Timmons, Flint Recovery Coordinator for The Michigan Conference, is featured in the documentary.

The film will receive its world premiere at the Capitol Theater in Flint, Michigan Thursday, September 12, 2019 at 7:30 p.m. The film, produced and shot in Flint follows the more than five–year saga of the water crisis which began when the state-appointed emergency manager of Flint switched the city’s water source from the city of Detroit to the Flint River. The toxicity of the water and insufficient treatment quickly eroded the pipes and introduced lead into the drinking water of the city of 100,000. The film traces the timeline of the city’s interaction with the Flint River – from the continued abuse and neglect of both city infrastructure and environmental regulations, to subsequent population decline, through today’s crisis.

This is the first major film premiere to be hosted at Flint’s iconic 1,500 seat Capitol Theater (140 E. 2nd Street, Flint), which opened in 1928 and was restored to its original beauty in 2017. Tickets available here.

The filmmakers chose to present the film’s world premiere in Flint to help draw continued attention back to the strength of this community, which has faced unthinkable conditions over the last five years, since the lead poisoning of the population began. A red carpet event for local residents, environmental leaders, and celebrities who have helped bring national attention to the crisis in Flint will precede the screening. After the film, the filmmakers will participate in a Q&A, alongside Flint residents featured in the film.

Director David Barnhart points out that, “what happened in Flint is not a “crisis” that suddenly occurred. The seeds for it were actually sewn over a hundred years of environmental abuse/contamination, infrastructure decline and systems that privileged some and marginalized others due to race and class.” Furthermore, he adds, “It is critical for us, as citizens and a society, to understand what has happened in Flint through this lens and examine how we can live differently in our own cities and work together to reimagine, repair and restore.”

After its screening in Flint, Flint: The Poisoning of an American City will continue with a limited release at five theaters across Michigan, with subsequent screenings to be scheduled for Baltimore and Atlanta, among other markets. The film will become available for national release for digital streaming through video on demand starting November 5, 2019. Click here for more information about the Flint: The Poisoning of an American City screenings. Emagine Theatres in Birch Run, Canton, and Novi, will be showing the film, September 13-19. For Emagine tickets and details, click here.

More background about the film

Against the backdrop of a post-WW2 bustling Flint, full of hope and promise of the good life from GM, we learn of the suffering of residents, including Jim Dixon who is suffering from kidney failure, and Alicia Nicola Sears, who details the health impacts of lead on people, and we hear from experts such as author Anna Clark and groundwater expert Dr. Will Sarni.

The film intersperses interviews with area residents (including parents, social workers, educators, pastors, and experts on water and health) with testimony at congressional and other oversight committee hearings illuminating how 100,000 people have been poisoned by lead, and the impact of lead in the water on the city. No definitive timeline exists for the remediation of the crisis and many residents fear that this reality has become a way of life for people in Flint.

Flint: The Poisoning of an American City explores the critical question of how this could happen in the United States and how this event should serve as a warning for the rest of the country. A recent report found that 5,300 American cities were found to be in violation of federal lead rules, and research published in USA Today detected excessive lead in nearly 2,000 public water systems across all 50 states. This documentary educates and inspires action, seeking to radically change how we view and value water.

Flint: The Poisoning of an American City raises the alarm through showing the impact of contaminated water at an individual and systemic level, focusing on the humanity that is at the heart of this issue.

~Barnhart Films is committed to story as a means to give voice to narratives that have not been heard and enable community engagement on relevant and timely issues. These films and stories are funded by Presbyterian Disaster Assistance (PDA), the emergency and refugee program of the Presbyterian Church U.S.A.