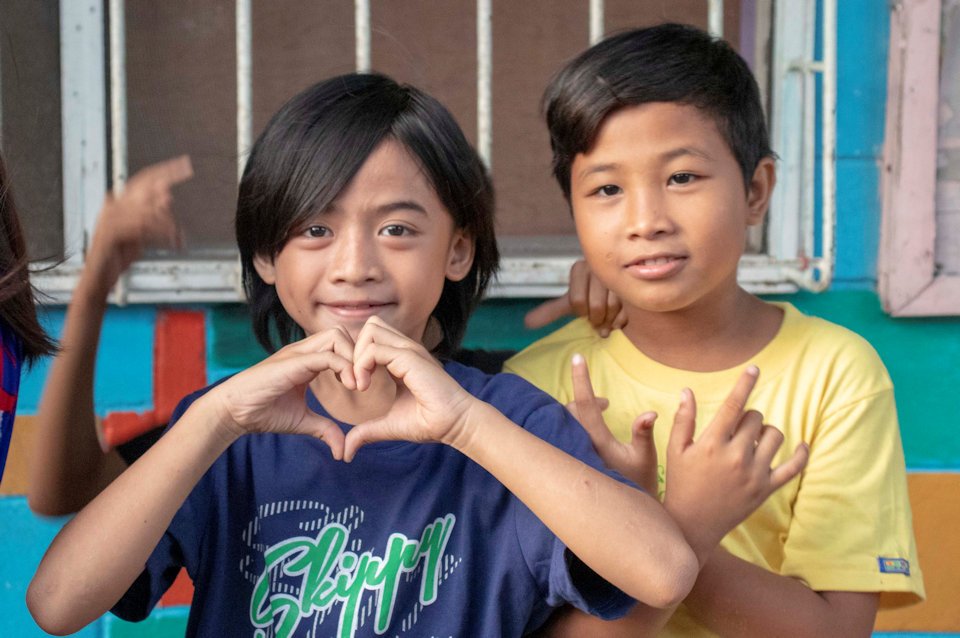 Two children sharing Christ's love during the revival at Cebu City. A team from the Central Bay District, led by District Superintendent David Kim, was on the island February 15-21, 2019. ~ photo courtesy Carmen Cook

A four-person team from Michigan’s Central Bay District traveled to the Philippine islands, February 15-21, to share the Love of Jesus Christ. They were led by District Superintendent David Kim.

On February 15, 2019 Central District Superintendent, Rev. David Kim, Madison Meyer, Pastor Robert Richards (Saginaw: Swan Valley and Laporte UMCs), and Pastor Carmen Cook (Gladwin: First UMC) left Michigan for the Philippines. The team partnered with the First United Methodist Church in Cebu City in hosting a revival. Their ministry touched the congregation, local pastors, and children in the church and community. They also traveled to another island to minister there. The team left the Philippines on February 21, and made the most of their time while there.

The team brought sermons, shared testimonies, taught 150 children from the streets of Cebu City and Olango Island, met with local pastors, built relationships with the believers, and proclaimed the message that Jesus Saves. During the revival services in Cebu City, 44 people came forward to make commitments to the Lord. On Olango Island, ten persons accepted Christ as their Savior.

The Central Bay District Philippines Mission Team has been forever changed. They were able to see first-hand how the Lord is working in the world. They praise God for the lives that have been changed.

As the team left, children called out with a simple request – Remember me.”

The team asks that United Methodists across Michigan join in that remembering. They ask that prayers be raised:

The team thanks those back home who supported them with prayer; we did not go alone.