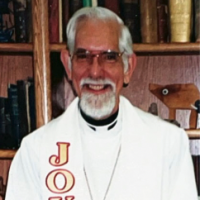 Pastor Carl Lee Hausermann of Grand Rapids, Michigan, and formerly of Portage, Michigan passed away peacefully in his sleep on Wednesday, June 22nd, at the age of 82. Carl was born in Kalamazoo, Michigan on June 25th, 1939, to Max Hausermann and Dortha E. (Wilson) Hausermann. He graduated from Kalamazoo Central High School, Western Michigan University, and Garrett-Evangelical Theological Seminary. He was ordained a United Methodist Elder in June of 1967 and served as a Pastor for over 35 years until his retirement in 2001. On August 21, 1960, Carl married his high school sweetheart, Marcia E. Warner. For over 62 years, she was the love of his life and his best friend.

Carl embraced the promise that all are worthy of God’s grace, love and care. This belief was deeply woven into his personal and professional lives. Carl was a compassionate man who was happiest when tending to someone in need. He was a socially progressive minister who helped congregation members in Galien, Grand Rapids, Coloma, Riverside, Ionia, Jackson and Portage feel loved and accepted. Accepting others regardless of religion, race, ethnicity, gender, and sexual orientation was a guiding principle for him that he shared with each of his congregations. He had an amazing gift with young people; helping them to feel special and understood. Over the years many have shared recollections of dynamic youth group trips and church camps where strong bonds were formed and the world was seen through new eyes. His home and church were filled with loud joyous music whenever he was around.

To his family and friends, he was a prankster, full of gentle teasing. His gifts frequently involved a series of boxes that were welded, screwed or nailed shut culminating in a scavenger hunt.  He loved fixing things around the house or church, including old clocks which he collected. Many good memories have come out of his woodworking shop, including toys, Christmas ornaments, a near life-sized rocking horse for his youngest granddaughter, and a grandfather clock he made with his eldest grandson. One of the highlights of his retirement was a trip with his son Kevin to visit cousins and extended family members in Hamburg and other parts of Europe. Carl was a doting grandfather and made sure his grandchildren knew that he loved them and was proud of them. He always gave unconditional love and big warm hugs.