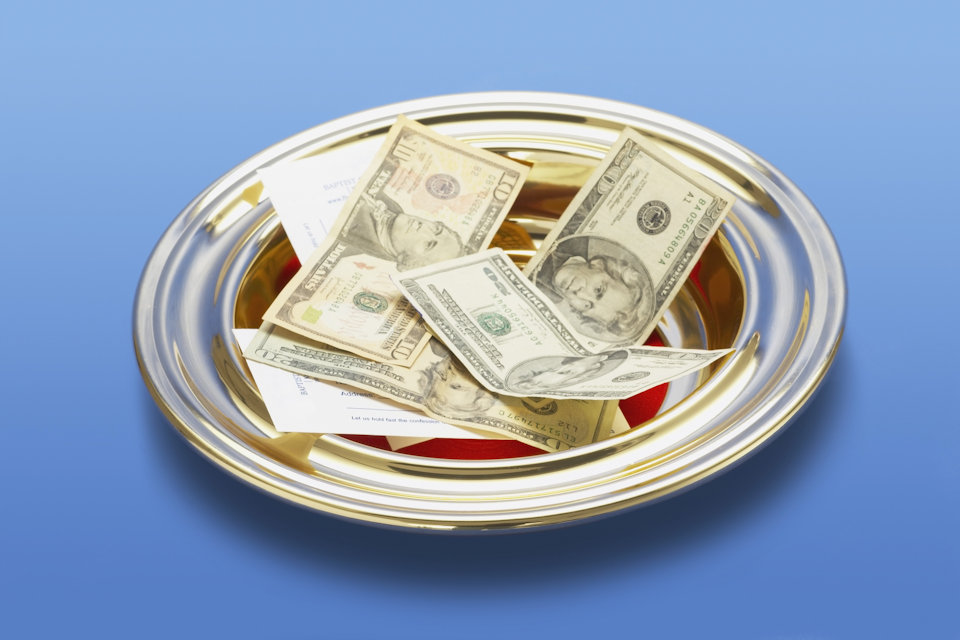 The board of The United Methodist Church’s finance agency approved changes to apportionments that would cut more than $105 million from the 2021-2024 general church budget.

The board of The United Methodist Church’s finance agency has set a target that would significantly reduce general church funding, starting in 2021.

The General Council on Finance and Administration board on Aug. 17 unanimously approved changes in the formula used in calculating U.S. apportionments — the requested giving from U.S. annual conferences.

Those apportionments provide financial support for most of the general agencies, ministerial education, bishops and denomination-wide efforts, such as Africa University, the Black College Fund and ecumenical work.

Based on current estimates, the new formula would result in a proposed general church budget of $498.65 million for the years 2021-2024. That’s about $105 million less than the current four-year budget approved by the 2016 General Conference.

The board’s proposed bottom line just marks a starting point. Developing the general church budget is a multi-year, collaborative process between the finance agency board and the Connectional Table, which coordinates the denomination’s agencies.

To go into effect, the apportionment formula changes and resulting budget will need majority approval at the denomination’s 2020 General Conference in Minneapolis.

The goal is to keep more funds within U.S. local churches. However, that decision ultimately will be in the hands of annual conferences, which each set their own apportionment formulas for local-church giving.

Still to be determined is how the general-church budget will be allocated among the seven general-church apportioned funds. The next quadrennial budget also will need to account for five additional bishops in Africa starting in 2021 — a change approved at the 2016 General Conference.

Even as the budget is in development, the denomination will have a special General Conference in 2019 in St. Louis. That meeting is intended to deal with the potentially denomination-splitting debate over homosexuality.

The Rev. Steve Wood cautioned fellow board members against focusing too much on the unpredictability of 2019.

“Our charge in a fiduciary way and in a realistic way is not to try to deal with a future we can’t forecast but to deal with a reality of what is before us,” said Wood, chair of the board’s General Agency and Episcopal Matters Committee. He is also lead pastor of Mount Pisgah United Methodist Church in Johns Creek, Georgia.

Part of that reality is the denomination’s shrinking worship attendance and membership in the United States. While the multinational denomination is growing overall, U.S. United Methodists still provide more than 90 percent of the funding for general church operations worldwide.

For the past four years, the denomination has seen collection rates from annual conferences go up. Rick King, the finance agency’s chief financial officer, told the board that U.S. giving per member is actually up.

However, church leaders have long projected that the shrinking U.S. financial base makes the current funding levels unsustainable.

Over the past year, an Apportionment Sustainability Task Force has been examining the ramifications of long-term trends on the denomination’s financial future. The 15-member task force included a bishop, another clergy member and a lay person from each of the denomination’s five U.S. jurisdictions.

The task force recommended a 25 percent cut in the base percentage used in calculating apportionments from U.S. annual conferences.

However, the budget advisory team — a group that includes members of both the finance agency board and Connectional Table — urged that this reduction take place over time.

The full finance agency board approved the recommendation.

The board also agreed with the task force’s recommendation to eliminate what the denomination has labeled the “i-factor.” It’s a component of the U.S. apportionment formula that uses economic conditions in an area to adjust the annual conference apportionments.

“The feedback we’ve gotten from annual conference treasurers is that it’s not transparent,” King told the board. The component also has the effect of making the base percentage vary significantly by annual conference.

Its removal would take place in 2021.

One thing the board is not changing is that annual conference apportionments will be calculated by applying the base percentage to net U.S. local church expenditures in each annual conference.

In the coming months, both the finance agency and the Connectional Table will continue to work on the budget. The budget advisory team plans to finalize its projections for the budget bottom line next March.