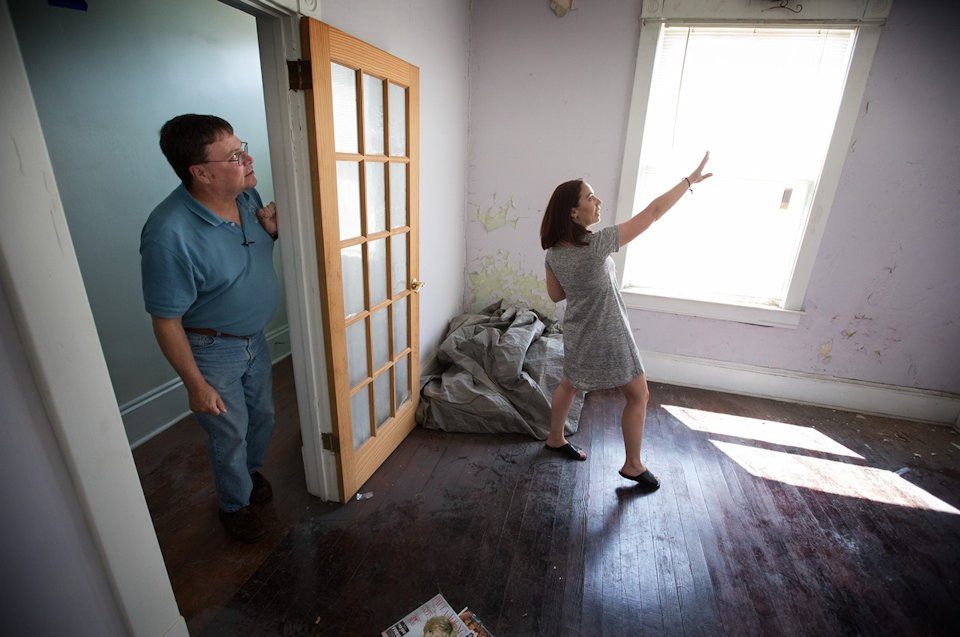 Ann Hammond tells the Rev. Barry Steiner Ball of her plans for creating a recovery house for women living with addiction in an older home on the grounds of United Methodist Temple in Clarksburg, W.Va. ~ umns photo/Mike DuBose

The national opioid epidemic may seem like a losing battle, but United Methodist churches in West Virginia are offering hope.

Ann Hammond, a member of United Methodist Temple in Clarksburg, West Virginia, and a recovering heroin addict, said that her church was one of the only places she still felt some comfort during her struggle with addiction.

“Churches can help break the stigma and support families of addicts. Acknowledge that it can be any family; addiction knows no class,” said Hammond, who’s now 12 years clean and works as a peer recovery coach for First Choice Services, an addiction resource center.

The national opioid crisis has topped news headlines for a long time now but a snapshot of the statistics remains hard to fathom.

The Centers for Disease Control and Prevention’s most recent statistics show there were 70,237 overdose deaths in the U.S. in 2017 — 47,600 of them opioid-related. By comparison, the total number of U.S. deaths during the Vietnam War is 58,200.

In light of such overwhelming data, it’s hard to see any hope in turning the tide on addiction. But the West Virginia Conference began asking: “What if the church got involved?”

During the 2018 Lenten season, the conference created the “What If?” initiative: a seven-week series of bulletin inserts with devotionals and discussion questions encouraging churches to ask themselves what they could do to confront the crisis — be it helping people in addiction or recovery, or the families of those struggling with addiction.

The Rev. Barry Steiner Ball is in a unique position to spearhead this initiative, as he is not only a pastor but also a recently retired Drug Enforcement Administration agent. Though he’s married to Bishop Sandra Steiner Ball, he’s quick to explain this is not an official appointment.

“I’m a volunteer and this is a passion,” he said. “Everybody — government, social services, fire department, police, Child Protective Services, recovery groups — are doing best they can and still losing. I saw such a need for churches to respond to the epidemic. In every town, we’ve got at least one church filled with good people who just need a little bit of education and a shove out the front door.”

Steiner Ball lists a number of practical ministry ideas any church could adopt:

• “Family members need a place to bang their head against the wall and have someone tell them, ‘You’re not crazy.’ Churches can find them and minister to them in their homes or, better yet, get them in groups with other parents and form support groups. And don’t just hand them the basement key and point them to the coffee pot — be there and get to know them.”

• “Those who are in recovery need everything you can throw at them: love, support, education on how to cook, job support, IDs, rides, basic life skills. They’re going to get out of these sober houses and have to live on their own, maybe for the first time ever.”

Not only is Steiner Ball uniquely qualified for this, so is the West Virginia Conference and its bishop.

The state of West Virginia has been ravaged by the opioid epidemic. According to the CDC, West Virginia in 2017 had the highest rate of overdose deaths with 57.8 per 100,000 people. By comparison, neighboring Ohio was second with 46.3.

For Bishop Sandra Steiner Ball, this is personal. In one of the “What If?” videos, she describes how her family has a history of addiction, including losing a younger brother to alcoholism.

“No one talked about it in my family,” she said.

She described how their church put her brother on the prayer list when his struggles became public, and a few members reached out to her parents with stories of their own family struggles — letting her family know they weren’t alone.

She feels churches can also help support active addicts. “You need someone to come along and help you through rough times, to help you depend on something lifegiving rather than drugs.”

Hammond said one of the most important things any church can do is simply keep cards or flyers with information like phone numbers for a helpline similar to the one she works for.

“It’s so important for addicts to have that information right away when they’re willing, because that will change so quickly if we don’t get them at that moment,” she said. 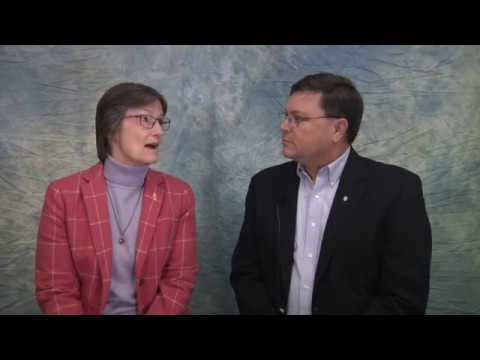 “What If?” has sparked new conversation in the Rev. Cheryl George’s churches, including helping one mother open up about her addict son when she’d previously felt she had no one to turn to.

“In my churches, some said, ‘I’m so glad you’re talking about this because this is what I go through with my family and I can’t talk to people about it because they don’t understand,’” she said.

George, who pastors four churches in the Baker, West Virginia, area, based a sermon series on the “What If?” resources.

“I preached grace and mercy, and looking at people through Christ’s eyes instead of your own,” she said.

George said she knows of several churches that have started recovery ministries thanks to this initiative, including hosting Celebrate Recovery meetings or starting outreach to families of addicts.

As this is a nationwide problem and not just a West Virginia problem, Barry Steiner Ball has been leading workshops throughout the connection, and also with churches of other denominations.

He’s presented to about 150 churches, as well as social service agencies, Catholic Charities and a Presbyterian men’s retreat. He’s now working with a school district that has him presenting to all their personnel over a yearlong period.

“I’ll go anywhere, any time,” he said. “I just want people to catch a vision that we’re not going to go out of the church doors and get rid of heroin, but we can be there to support and provide care and allow folks to know that they are God’s child.”