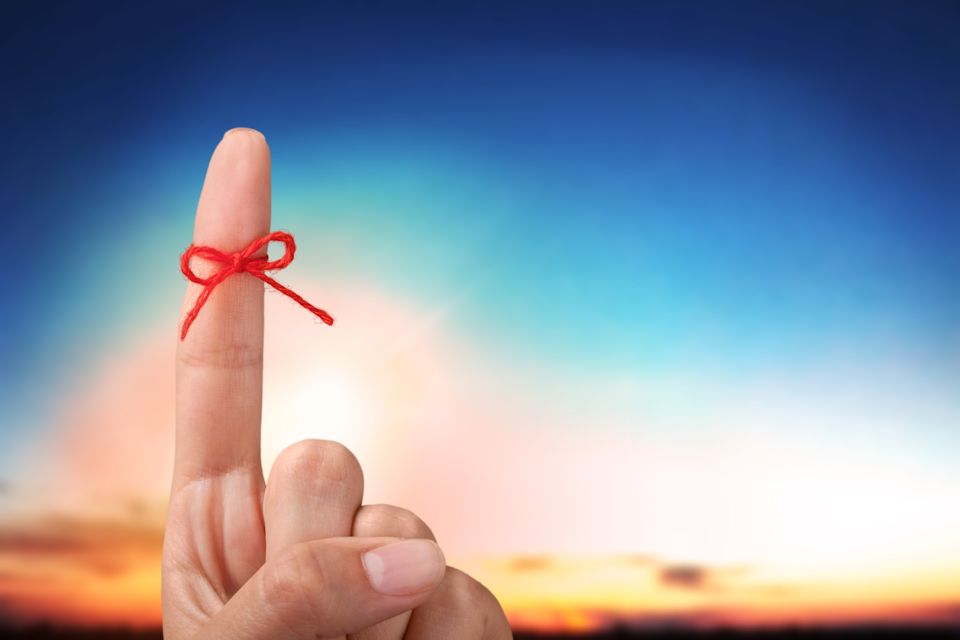 Embracing our memories and listening to the memories of others expands our horizons. Memories are not just about the past. They increase our understanding in the present and shape our future. ~ Adobe stock photo

Glenn Wagner writes about memories that shape the lives of others, those that have been important in his own faith formation, and important memories from the Bible.

I am grateful for the capacity to remember. Memories can inform our present and influence the future. Respecting the memories of others can help us to grow healthier relationships.

I know that my personal memories are different from others. African Americans have shared with me their painful family memories of slavery and racism that are amplified by current events. Native Americans have related to me their tribal and family memories shaped by the forced migration of ancestors to Indian reservations. Holocaust memorials like the one in Farmington Hills, MI, preserve memories of Jews murdered by Nazis, so we never forget the evil of racism as a global problem. Palestinians have a lasting recall of being forced from their homes into refugee camps following the formation of the State of Israel. In 1973 I was moved by the testimony of a Palestinian refugee child in Nabatieh, Lebanon, who described in great detail his ancestral family home in Bethlehem taken away in 1948 during the conflict over the creation of Israel. Even though this child had never been anywhere but the refugee camp where he was born, he had been raised with an indelible memory of the home last occupied by his grandparents. Memories can endure with powerful consequences for our present and future.

Respecting the memories of others can help us better respond to demands for a more just and inclusive society.

Persons and events in my past help me to understand better how I became a Methodist.

I could have been a Quaker. According to inherited family history, the earliest remembered Maris in our family tree, George and his wife Alice, emigrated from England to Pennsylvania in 1683. The Maris family came to the American colonies searching for religious freedom after George had been imprisoned in England for his decision to worship God as a Quaker in his own home, which was then considered illegal. Quakers, known formally as the Religious Society of Friends, believe in the ability of each human being to access the light within and see God in every person. Upon his release from prison, George and Alice left England for America to follow another Quaker, William Penn, to the colony Penn founded in his name that was committed to religious tolerance. George Maris served as a member of the Pennsylvania State Legislature.

Fast forward six generations to 1894.  Thomas E. Maris, one of George and Alice Maris’ subsequent descendants and my maternal great-grandfather, died of tuberculosis at 39. Thomas Maris was a Quaker physician who left behind a widow, Nellie, and two children, a six-year-old daughter Jeanne (my maternal grandmother) and a four-year-old son Glenn Maris (my namesake). Their third child, a two-year-old son, Albert Gifford Maris, died of whooping cough just two weeks before his father.

Faced with dwindling resources and a heart full of grief, Nellie Maris accepted a job as a librarian from a family friend, Charles Lewis, President at Moore’s Hill College in Moore’s Hill, IN. That offer of employment necessitated a move for Nellie and her children out of their Quaker enclave in Sylvania, IN, 158 miles to a new community. At Moore’s Hill College, a Methodist school, Nellie met and married Joel Walker in August 1900. Walker was studying at the College to become a Methodist pastor. Following Joel’s graduation, Joel moved 2,100 miles west with his new family to Walla Walla, WA, where he served five congregations as a circuit-riding minister.

A next appointment sent the family to Enterprise, OR, where the move required travel on horse and buggy the last 50 miles from the nearest railroad. In 1906, Joel Walker decided that he needed more education to become a better pastor. He enrolled for further study at a Methodist seminary, Garrett Biblical Institute in Evanston, IL.

Joel’s step-daughter (my grandmother), Jeanne Maris, enrolled as a freshman at the age of 19 in 1907 at Northwestern University in Evanston to pursue her degree in education because Methodist preacher’s kids could attend the Methodist school for $35 a semester. This Methodist educational opportunity for Jeanne would not have happened if Jeanne were still living in a Quaker family in Sylvania, IN.

While studying at the seminary, Joel Walker, Nellie, and Glenn resided in Highland Park, IL, where Joel also served as the Highland Park Methodist Pastor. In 1911 Joel Walker moved west again to fill his first and only post-seminary appointment as the pastor of First Methodist Church in Glasgow, MT.

During his first year of service in Glasgow, Joel suffered from a tumor on his pancreas that required surgery and since there were no adequate facilities to perform the operation in Northeast Montana, Joel and his wife Nellie made a harrowing winter train journey 854 miles east to Rochester, MN where Dr. Will Mayo performed the pioneering surgery at the Mayo Clinic without charge. When Joel returned to Glasgow, he helped lead the Glasgow efforts to build the Frances Mahon Deaconess Hospital in Glasgow. It was built for $16,000, with $3,000 contributed by the church for its furnishings. Rev. Walker died in 1913.*

After Rev. Walker’s death, his step-grandson, Glenn Maris, and his wife, Pearl, continued to be community leaders in Glasgow and the Methodist Church. Glenn helped his sister and his mother build a home so his widowed mother could stay when the new pastor arrived with his wife, and Nellie needed to vacate the parsonage.

During a subsequent building expansion, the hospital in Glasgow incurred more debt. A dry year in 1920 contributed to a poor harvest, adversely affecting the ability of many Glasgow residents to pay their medical bills. The hospital was unable to repay its building loan. Glenn and Pearl Maris asked the Methodist Conference for financial help to save the hospital from imminent foreclosure. The Montana Methodist Conference agreed to match local contributions dollar for dollar, and the Methodists saved the hospital. 101 years later, the Frances Mahon Deaconess Hospital in Glasgow is still saving lives in northeast Montana and is an important part of the local community and our family memory.  This significant event might not have occurred if Glenn Maris, my namesake, had been raised as a Quaker in Indiana!

LeRoy, my maternal grandfather, lived for three years as a child in Oceana County, MI, in unincorporated Klondike between Walkerville and Hesperia. LeRoy migrated to Havre with his parents, who were enticed by the promise of land from the government encouraging westward migration and the extension of the railroad from Chicago to Seattle. LeRoy and Jeanne raised four children in Havre. My mother, Doris — their youngest child and only daughter — was born on March 9, 1928.

In appreciation of her leadership in the church, school, and state-wide service organizations, my maternal grandmother, Jeanne Maris Rhodes, was named Montana Mother of the Year in 1953, the year of my birth. Inspired by her mother, Jeanne Maris, who graduated from Northwestern, my mother, Doris, also became a graduate of Northwestern University. She also had a Methodist education to become an elementary school teacher. Doris met my father, David Wagner, an Evanston, IL native, and a life-long Methodist at a campus ministry event held at First Methodist Church in Evanston, dad’s home church. My parents were married on July 7, 1951, at the Methodist Church in Havre, MT.  They eventually settled in Elmhurst, IL, where dad commuted to his engineering job in Elgin, mom taught elementary school, and David and Doris Wagner raised their four children.

The First Methodist Church of Elmhurst became our extended family during my growing up years. Dad served as chair of the church building committee, and mom was superintendent of the Sunday school. The Methodist church was where I learned about the Bible, how to sing, how to pray, and about the importance of social justice. At church, I grew friendships with peers in Sunday school, at church camp, in youth groups, and on mission trips. The church was where I first met African Americans and heard them share their memories. When my younger sister Jane was born extensively brain-damaged, volunteers from church came to our home three times a day for seven years to offer their help with physical therapy for Jane. I learned first-hand about the vital importance of the greater body of Christ committed to sharing Jesus’ love and grace.

My memories have been shaped by this Methodist, post-Quaker history, and grace-filled servants of Jesus Christ who have embodied love, practiced forgiveness, exercised compassion, demonstrated generosity, and modeled hope. Many remembered disciples of Jesus who influenced my life are also Methodist. I cherish these memories. Memories influence my personal priorities and my future hopes.

I can see the fingerprints of God in memories. Memories can help us continue to live in faith even in uncertain times.

The Bible also entrusts important life-shaping memories to our care.

Exodus recalls that when God gave his newly liberated people Ten Commandments to live by, they included “remember the Sabbath and keep it holy.” (Exodus 20:8) Sabbath-keeping reminds us, as it did liberated Israelite slaves, that our day of rest is a divine gift. Sabbath observance also serves as an important way to grow community. Choosing to live by God’s commandments made life in an inhospitable wilderness possible for the Israelite people. In multiple places in Deuteronomy, the people of Israel are reminded as they prepared to enter the Promised Land, never to forget how God delivered them from their bondage in Egypt. Remembering God’s history of faithfulness with gratitude is linked to well-being.

In the New Testament, Jesus also helps us to remember another matter of importance. As he joined his disciples for their last meal together, Jesus encouraged them to continue the practice and to “do this in remembrance of me.” (Luke 22:18-20)  God’s sacrificial love for each of us embodied in Jesus is still an important life-shaping memory. God’s love is a gift we should never forget.

I hope my sharing encourages you to think about the memories that are important to you.

Prayer: God, by your grace, may the memories we allow to shape us lead us in the direction of greater love and understanding for each other and growing faith in you. Help us never forget your sacrificial love for us as we remember what we are going to do today with your gift of life. Amen.

*Information about Rev. Joel Walker’s Glasgow ministry comes from “My Story” by Jeanne Maris Rhodes, a self-published autobiography for her family completed just before her death in 1972, and from “Faith on the Frontier,” A History of First Methodist Church in Glasgow, Montana 1889-1954, a book gifted to me by the Glasgow, Methodist Church when I had the privilege to preach there in June of 2018.