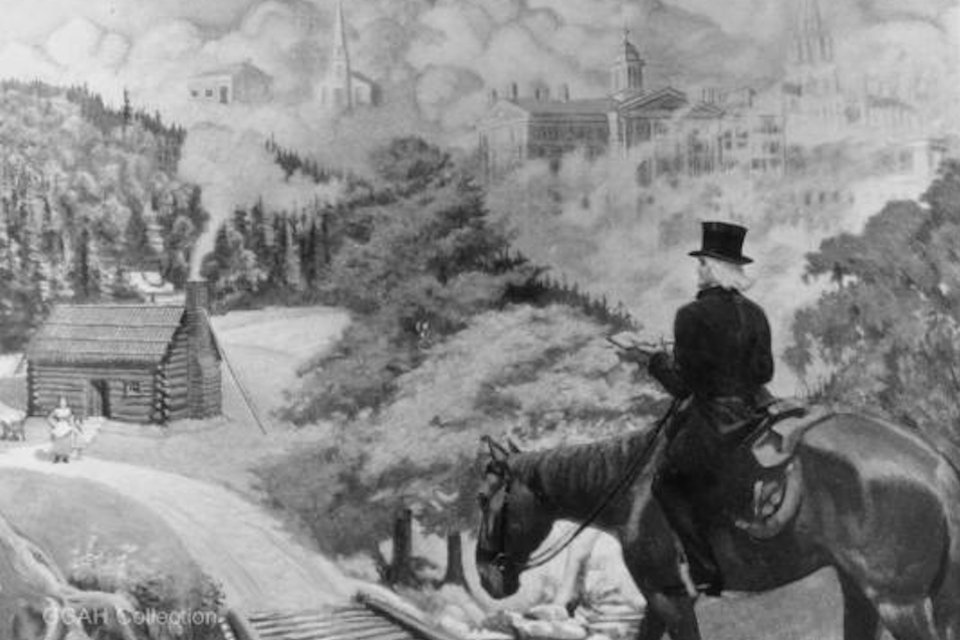 Image of a circuit rider, courtesy of the General Commission on Archives and History for The United Methodist Church, Drew University.

Our unique system of deploying clergy has its roots in the earliest days of Methodism. John Wesley, the founder of the Methodist movement, preached up to 40,000 sermons in his lifetime. He was an “itinerant” preacher, traveling from town to town in England, setting up Methodist societies.

“John Wesley believed that itinerant preachers who moved from place to place were more effective than those who settled in, grew comfortable, and wore out what they had to say,” says the Rev. Belton Joyner.

In a letter to the Rev. Samuel Walker in 1756, Wesley wrote, “We have found by long and consistent experience that a frequent exchange of preachers is best. This preacher has one talent, that another; no one whom I ever yet knew has all the talents which are needful for beginning, continuing, and perfecting the work of grace in a whole congregation.”

In the early days of Methodism in America, a pastor — most often a circuit rider — might be appointed to half of a state or more. His appointment might be for only three months, after which he moved to another circuit. Thousands of the oldest United Methodist congregations today trace their history to a circuit rider.

These riders traveled from place to place to begin Methodist societies. Eventually, especially after the establishment of the Methodist Episcopal Church in 1784, most of these societies became congregations. This practice continued and became the basis for the itinerant system The United Methodist Church uses today.

United Methodist pastors are sent, not called or hired. “Itinerancy” refers specifically to the commitment by pastors to go and serve wherever their bishops send them. “Appointment” is the action taken by bishops. These are different, yet related.

Clergy in The United Methodist Church commit to serve where their bishop appoints them. Appointments are typically for one year at a time, though the bishop may move any itinerant pastor at any time. The goal of the appointment process is to match as much as possible the gifts and graces of the particular pastor or deacon with the ministry needs of a particular congregation or ministry setting. In this “serial leadership” of consecutive pastors and deacons — no two are alike — over time, the combination of skills blends to form a broad base of developed ministries.

While bishops make appointments, they incorporate a consultative process outlined in The Book of Discipline that includes district superintendents, clergy and pastor/staff parish relations committees. The needs and desires of clergy are considered, but the mission of the church comes first.

Joyner explains, “In a connectional system such as United Methodism, the question from any individual congregation or from any individual [clergy] is not, ‘What is best for me?’ The question is ‘What is best for us, the whole connection?’ The one who has oversight, the bishop, makes those decisions. (The New Testament word for bishop is episkopos, which means ‘the one who can see the whole picture.’)