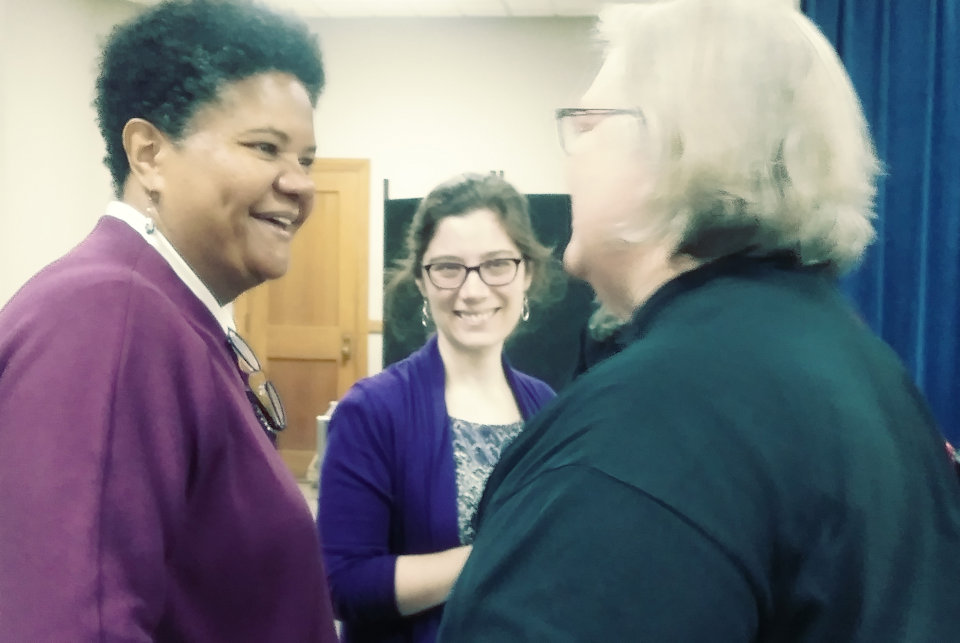 L-r: Workshop leaders, Sally Vonner and Emily Jones, converse with Suzanne Hewitt during a break in the schedule of the Racial Justice Workshop on November 9. ~photo courtesy Kathryn Korns

Seventy-eight persons gathered in Detroit on November 9 to participate in a workshop experience being tried by United Methodist Women worldwide.

The Diversity/Equity/Inclusive Workshop was held at Ferndale First United Methodist Church on Saturday, November 9, 2019. The presenters from the National UMW Staff Leadership Team were Sally Vonner, president of the Leadership Team, and Emily Jones, Executive for Racial Justice.

Devotions were based on John 8:31-36, a passage that includes the text:  “If you continue in my word, you are truly my disciples; and you will know the truth, and the truth will make you free.”

National leaders, Sally and Emily, provided an overview of “The Charter for Racial Justice “and the “Racial Justice Timeline” which includes racial justice history in the United States and for United Methodist Women.

Six districts of the Michigan Conference were represented by 76 women and two male pastors at the three-hour workshop.

The most important point made: Discrimination/Racism is a Sin!