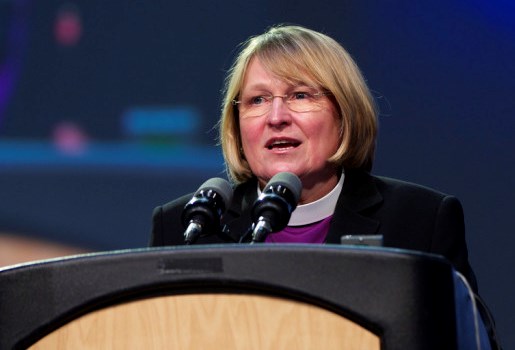 The task force members committed to live with these core values and encouraged their colleagues in the Council of Bishops to join them.

“From the beginning, we focused on the question how we as bishops live faithful to the call ‘to guard the faith, to seek the unity, and to exercise the discipline of the whole church….’. We committed ourselves to intensify our prayer lives and to ask colleagues to do the same, to learn from our colleagues how to offer pastoral care to all people, to provide room for intensive conversations and to share learning material within the Council,” states the report.

During the Council of Bishops meeting in Oklahoma City, the task force facilitated listening sessions on core values and best practices for unity. In Berlin, they held a discussion on guiding principles for ministry and mission in diverse contexts. The task force integrated recommendations and input from these conversations into this newly issued report.

“As members of this task force, we have had intensive conversations about how to lead in light of the difficult questions that have been presented to us,” said Bishop Rosemarie Wenner, who chairs the task force. “Today we would like to offer a brief summary statement of core values that guide us in our work as bishops of the church.”

Some members of the task force contributed to the book, “Finding Your Way,” which is now being used as a tool to engage in conversation with United Methodists about these topics. Others have been engaged drafting the Pastoral Letter on Racism adopted in the Council’s meeting in Berlin in May 2015.

Read the task force’s full report online, which more fully explores each of the core values.