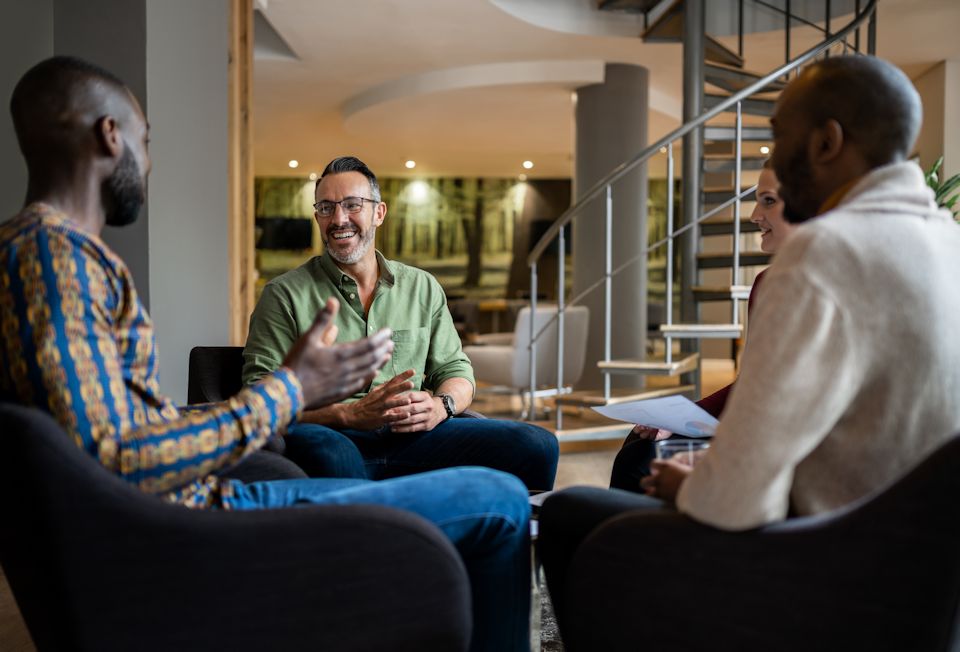 The Rev. Dwayne Bagley encourages those who “have been white too long …  to take steps that change our location and expand our relations.”

When I was a baby pastor, I dutifully attended every clergy gathering held on my district. I just assumed that when something was billed as “required,” attendance wasn’t optional. Since those early days of naiveté, my understanding of what is really “required” has expanded. Still, I’m grateful I made my way to those gatherings. One of the gifts of those called clergy sessions was that I got opportunities to cross paths with fellow pastors I wouldn’t have otherwise encountered.

One of those gatherings was held just before or after the Martin Luther King Jr. holiday. Because only one individual present was not white like the rest of us, we turned to him for his reflections on how far our church had come in matters related to racism. He recalled the bad old days when there was a Central Conference- a separate but only theoretically equal system in the life of the Methodist Episcopal Church. He went on to recount a series of “firsts” in his life as an ordained minister. He was always the first black pastor in churches he served. And while he experienced a series of other pioneering “firsts,” the accomplishments left him feeling like an exception to rules that had not changed all that much. The level of pain and frustration in his voice rose as he concluded that he was sick and tired of being the only black person at gatherings like this. In the silence that followed that statement, I, along with the rest of the average white band of brothers and sisters in that room, suddenly became inordinately interested in looking down at the floor to see if my shoes were still tied. Someone finally broke the silence with a well-intentioned thanksgiving for his honesty and commendation of his bravery. Even before the word came into common use, this felt like a cringeworthy attempt to heal his dis-ease lightly. The words allowed us to change the subject and move on to an important discussion about the banning of Styrofoam cups at coffee hour, but the experience has remained with me.

In the years since then, the memory of that encounter has resurfaced, often unbidden and unexpected. It’s left me wondering how many of my colleagues who happen to be persons of color still feel like they’re the only one in the room or the sanctuary. Cowardice has kept me from asking but not imagining. The Cabinet’s recent anti-bias/anti-racism work brought that old memory back. We invested time in assessing ourselves using the Intercultural Development Inventory as a tool. Not to brag, but I received a score that would strangely warm the heart of most any old white liberal. However, my self-congratulation was curtailed by a singular realization. Namely this: because of my position of white privilege, I am involved in cross-racial/cross-cultural work only because I choose to be. There is nothing that requires me to engage; dominant structures and expectations ensure that I can go along and get along without ever having to cross any kind of color line.

I suspect most people reading these words find themselves in a similar state. While no Black, Latinx, Native American, or Asian person gets to choose whether or not they will engage in cross-racial/cross-cultural work, the choice is always ours for those who are white like us. Because of that, white Christians are called to choose wisely and engage graciously, tempering our actions with the recognition that we do not know what we do not know.

In seeking first steps, following the example of Jesus may be instructive. Throughout the Gospels, Jesus is intentional about changing his location and expanding his relations. He does not have to choose this. In fact, it’s arguable that he would have been better off had he refrained because this practice creates one of the fundamental tensions in the New Testament narrative. In every cultural setting, barriers exist and are maintained for reasons that are usually beneficial to those in positions of privilege and power. Crossing barriers put Jesus in conflict with the powers that be and the principalities struggling to maintain privilege. In the end, this fundamental tension is only relieved by Christ’s death on the cross and resurrection from the tomb.

In the aftermath of Jesus’ resurrection, the Spirit of God moves to reveal a new way to be God’s people. The first Christians are presented with the possibility of forming a new human community where the barriers between East and West, Jew and Gentile, slave and free, male and female, are brought low by the love of God in Jesus Christ. Today, our community of faith has that same potential, but we have yet to make it actual. While we cannot change the fact that we have been white too long, those of us who have the privilege of exercising choice can decide to take steps that change our location and expand our relations. We can choose to do what our brothers and sisters of color have done for decades — cross lines of separation and put ourselves at risk with the hope of becoming the Beloved Community, guiding one step after another. May the Spirit of Unity and bond of Peace empower us to take all the necessary steps.