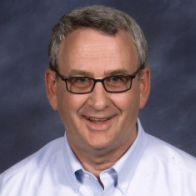 Pastor Robert (Bob) Ellery Jones Jr., age 74, peacefully passed away into the loving arms of God Monday, May 23, 2022, after living for several years with Parkinson’s disease. He was preceded in death by his father and mother Robert and Marjorie Jones; father- and mother-in-law Fredric and Phyllis Moss; and his nephew, Michael Nickles. He will be lovingly remembered by Carol, his wife of 54 years; children Matthew (Giovana), Paul (Erika), Julia (James) Librizzi; grandchildren Victoria, Isabella, Gabriel, Mantra, Gaja, Carolyn, and Penelope; sisters Barbara (Peter) Nickles, and Patricia (Stephen) Ladew; and brother-in-law Gregory (Beverly) Moss; nephews John Nickles and Richard Ladew, and niece, Michelle (Ladew) Francis; and many other family and friends.

Bob was born July 1, 1947, in Harrisonburg, Virginia, moving with his family to Rahway, New Jersey, when he was two. In 1961, they moved to the shores of Lake Michigan, much to “Rob’s” delight. He graduated from North Muskegon High School. He went on to earn his degree at Albion College. It was there that Bob met Carol. Both being lifelong Methodists, they first encountered each other at a meeting for those that wanted to become Sunday School teachers. They married on June 15, 1968. Bob attended Garrett-Evangelical Theological Seminary in Evanston, Illinois. He was ordained in the United Methodist Church in 1973. Bob felt blessed to serve as pastor for many United Methodist congregations in West Michigan throughout his 38-year career: Frontier/Osseo, Mendon, Grand Rapids, Montague, Lansing, Big Rapids, and Scottville. Through the ups and downs of life, Bob treasured walking with others, learning their stories, and growing together by way of God’s amazing grace.

Being a lifelong learner, Bob was passionate about history, poetry, reading, and writing. He enjoyed playing bridge, chess, and Go. He was a fan of Major League Baseball, and NCAA football and basketball. He loved traveling–around the country and the world–visiting friends and family in England, the Netherlands, Germany, and Brazil. In retirement he visited 11 of the 13 Presidential Libraries and Museums, different Major League Baseball stadiums and several national parks. Bob liked music and would often wake his children singing (at times in tune) from his vast repertoire of songs by The Big Bopper, The Everly Brothers, Bob Dylan, Buddy Holly, Louis Armstrong, camp songs, and many others.

Bob laughed often and lived a life full of love. His last words to his family were, “I love you.” Bob made sure they would always remember the legacy of love and hope passed down through generations in a book he published of their family’s history. He dedicated this book to his grandchildren. “And the beat goes on!”