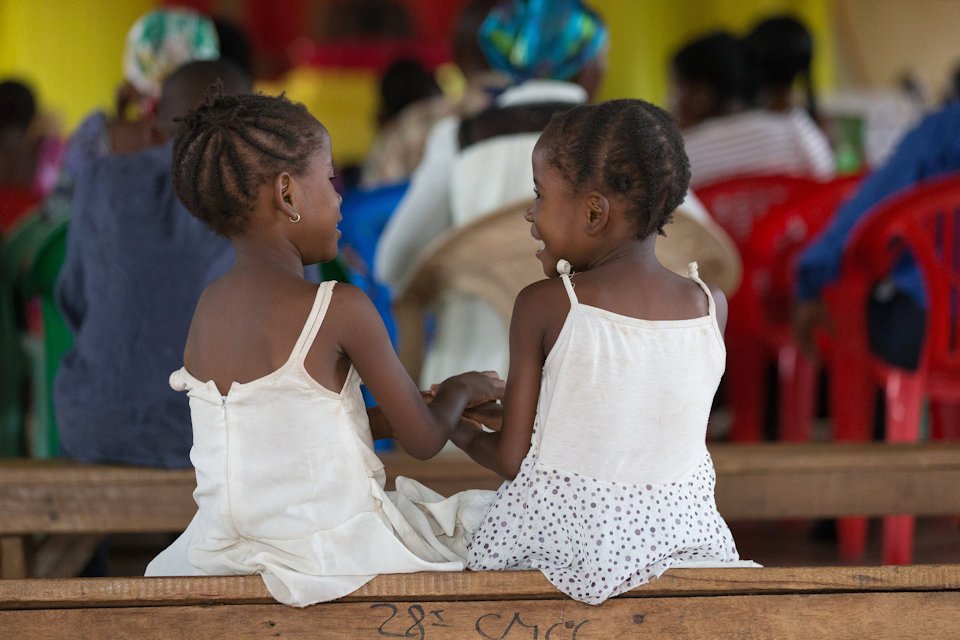 Two girls share a pew at New Jerusalem United Methodist Church in Uvira, Democratic Republic of Congo. The Congo has seen a 147% surge in membership over the past 10 years. ~ umns photo/Mike DuBose

During this season of change, this 2018 State of the Church report shows that “the mission is yet alive.”

A new report from The United Methodist Church on the state of the church says that 50 years after the creation of the denomination through the merger of The Evangelical United Brethren Church and The Methodist Church, the church’s ministries around the world are thriving.

“This 2018 State of the Church report is a story of our mission. As this report will show, we are seeing growth and innovation across our worldwide connection,” states the report. Worldwide, there was a 12% increase in membership from 2006 to 2016 — nearly 1.4 million members — and the number of congregations grew from 47,390 to 54,623.

In the decade since the Four Areas of Focus were affirmed at the 2008 General Conference, this common vision for the whole church has engaged local churches, annual conferences and general agencies in countless ministries related to these focus areas with renewed purpose. From hula-hooping for health to the #SeeAllthePeople initiative to providing aid to refugees to empowering students to become leaders, the State of the Church Report recounts story after story of United Methodists doing the work of faithful discipleship.

The report also details efforts to help the denomination be more representative of being a worldwide church through work on the General Book of Discipline, a draft revision of the Social Principles to be more globally relevant and “Wonder, Love and Praise,” a statement on United Methodist ecclesiology — all of which are to be considered by the 2020 General Conference.

The report shares information about the work of the Commission on A Way Forward in preparation for a called session of General Conference in 2019, the Council of Bishops’ recommendation of the One Church Plan and the subsequent actions of the Judicial Council.

The largest membership growth was recorded in the Congo, where membership surged by 147% over ten years, followed by the Africa Central Conference with a 67% increase.

In 2017, United Methodists gave about $133.2 million to support connectional ministries around the world, about $1.8 million more than in the previous year.
A record high number of U.S. annual conferences paid 100% of their apportionments – 29 out of 56. Nine Central Conference episcopal areas paid at least 100% apportionments.

The State of the Church report, a collaborative effort of the Connectional Table, the Council of Bishops, United Methodist Communications and the General Council on Finance and Administration, is available in its entirety online, along with previous reports, at http://www.umc.org/who-we-are/state-of-the-church-report.