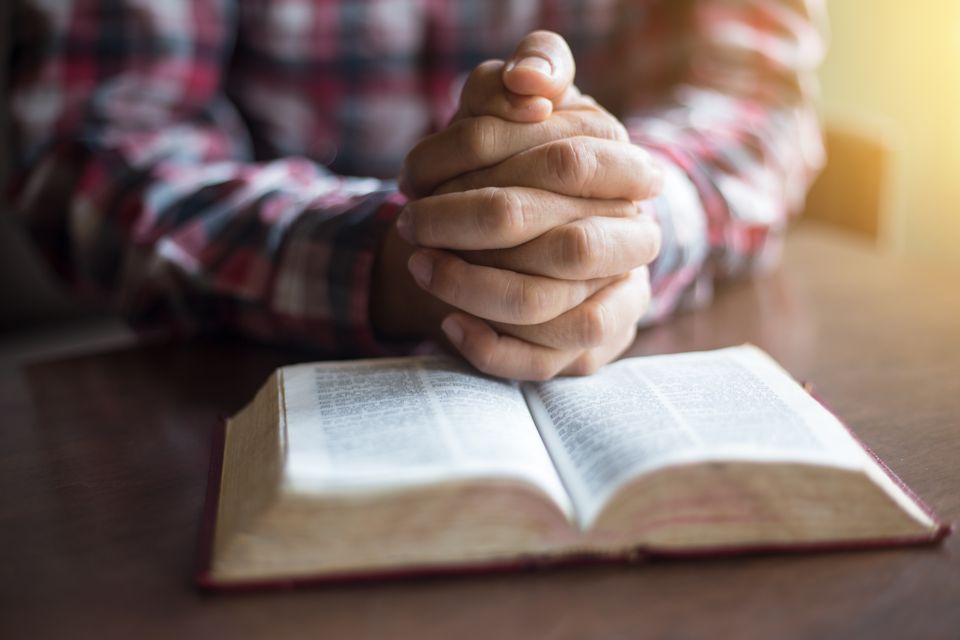 Since late March, members of Grosse Pointe UMC have spent 8 am to 8 pm each Saturday in prayer. Said one, “I feel a sense of peace.”

When Lisa Sicklesteel started the prayer chain in late March, she thought she was organizing a one-day event for members of Grosse Pointe United Methodist Church.

“It’s been a mission for me. I really feel like it’s my calling,” said Lisa.

Lisa credits GPUMC member Carolyn Barth with the original idea to organize members into a prayer circle in response to the coronavirus. Lisa brought her organizational skills to the table and quickly figured out that Sign-Up Genius, an online tool, would provide a simple way to organize the prayer slots. Charlie van Becelaere stepped up to handle the weekly email directing GPUMC members to sign up.

Each Saturday prayer vigil lasts for 12 hours, beginning at 8:00 am. Initially, individuals signed up for 15-minute segments, but, during the summer, the length of each segment was increased to 30 minutes. Most of the slots are filled every Saturday, although some hours later in the day can end up empty.

Lisa has not kept track of the number of different individuals who have prayed. Still, there have easily been several dozen different GPUMC members who have participated over the months, including quite a number who pray every week. Some married couples pray together, and some members pray with a child or relative in another location.

The individuals who have prayed say it’s been a deeply meaningful and moving experience for them.

Although Lisa has led several Bible studies at church and is very skilled at leading group prayers, praying in this way has been a profound new experience for her. “I’ve never prayed for 15 minutes straight, much less 30 minutes straight. It’s changed my prayer life. I would say it’s created a habit of prayer for me. And I’ve learned to listen more to God’s message for me and to be less focused on just telling him what I want to say,” Lisa said.

Russ and Judy Wilcox split their 30-minute slot, with each of them taking 15 minutes of solitary prayer. “We go off into our own areas and pray alone,” Judy said.

“I’ve never been really good at doing prayer. I didn’t grow up in a family that prayed a lot, so some of this is new to me,” Judy said. During a Disciple Bible Study group led by Lisa, she learned about the ACTS prayer protocol, which she now uses to organize her prayers.

Mike Bernhardt is one of the participants who has prayed consistently every week since the prayer vigil launched in March. Each week, Mike sits in what he calls his “prayer spot” in front of a computer in his spare bedroom. Although that might seem like an odd choice for prayer time, Mike said, being in front of the computer allows him to tune into the online meditative musical selections that Lisa has identified for the participants.

“Quite often, I feel a sense of peace. I think of that verse, “Be still and know that I am God.’ I work to get myself to be still. Sometimes, I get there; sometimes, I never settle down. But the longer I’ve done it, the more I’m able to be still. Achieving that state of stillness is always very rewarding. When I’m in that still state, that’s where I feel like I’m really communicating with God,” he said.

“It really is the highlight of my week. The Sunday worship service is great, but this is my alone time when I can really communicate with God,” Mike added.