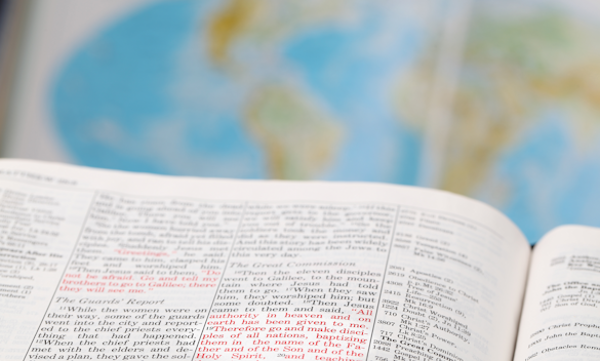 The Rev. Junius Boyd Dotson, senior pastor of a 3,500-member multi-campus church in Wichita, Kansas, will take the helm of United Methodist Discipleship Ministries. The former top executive of the agency resigned abruptly in January.

Dotson, a well-known preacher, speaker, trainer, consultant and coach in promoting vital ministries, will join the agency on July 1. His move would come after General Conference on May 10-20 in Portland, Oregon. Petitions before General Conference, the denomination’s top legislative assembly, include proposals for restructuring general church agencies and sizeable budget cuts.

An ordained elder in the Great Plains Conference, Dotson has been senior pastor of Saint Mark United Methodist Church for 14 years. He was elected as top executive of Discipleship Ministries during the board’s meeting last week in Overland Park, Kansas.

“Discipleship has always been my passion,” said Dotson, who added that as a first clergy alternate for the Great Plains Conference, he is familiar with the issues before General Conference.

“I think we are always facing issues. … but that doesn’t change the core of who we are,” Dotson said, adding that he plans to present a leadership that is “hopeful about the future.”

If General Conference results in budget cuts for the church agencies, Dotson said he has experience dealing with limited resources.

“Operating on the edge of your resources is not necessarily a bad thing. It forces you to understand the core of who you are and your central mission,” Dotson said. “We will deal with what is in front of us in the most creative and entrepreneurial way to maximize the resources we have.”

He said he believes the agency has a crucial role to play in the future of the denomination in church planting and vitality. He has experience both areas, which are central to the work of Discipleship Ministries.

“I feel blessed to be chosen to lead Discipleship Ministries,” Dotson said in a statement. “I am passionate about making disciples and welcome the opportunity to be relentlessly focused on providing the resources our leaders need to plant new churches and grow vital congregations.”

He planted Genesis United Methodist Church in California’s Silicon Valley in 1996, four years after his ordination, and saw it grow to nearly 500 members. At the time, there were plenty of technology startups in the area and Dotson said the church was viewed as “a spiritual startup.”

The church used screens, video and other technology in worship, which was unusual at the time. Dotson said the church advertised and reached out to business leaders, doing whatever worked to get people in the door, including gospel aerobics.

During his tenure at Saint Mark, the church has started an online campus that has about 450 worshippers each week. In addition, Saint Mark, collaborated with Epworth United Methodist Church, a mostly white church that was on the verge of closing, to create a multi-ethnic church that has about 300 worshippers each Sunday. “It has great diversity in ethnicity and culture,” Dotson said.

“Working with board and staff, we believe Rev. Dotson can focus the church on three missional fronts: strengthening partnerships in our increasingly global church, improving the effective on-going ministries in our churches, engaging the growing number of ‘spiritual but not religious’ people in the United States,” said Stanovsky, leader of the Mountain Sky episcopal area.

Dotson earned a Bachelor of Arts degree in political science, with a concentration in economics, from the University of Texas at Arlington and a Master of Divinity degree from the Pacific School of Religion in Berkeley, California.

Both Bias and Stanovsky said at the time that no misconduct was involved. “After long conversations, and as a result of deep discernment, the board and Dr. Bias came to an agreement for his departure,” Stanovsky told United Methodist News Service at the time.

Bias said in January that he and the agency’s board agreed he should go, but termed his departure “purely voluntary.”

Neither Bias nor Stanovsky would offer reasons for the decision.