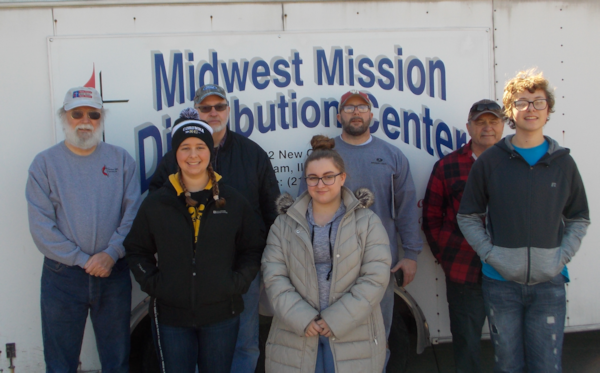 Just days before UMCOR Sunday (March 11), relief supplies are once again making a difference in Michigan.

Since waters began to rise around the state in late February, Dan O’Malley — one of the Michigan Conference Disaster Relief Coordinators – has been working with local churches, non-profit and government agencies to assess needs and plan resourcing. Dan has been present or in contact with MARCs (Multiple Agency Resource Centers) hosted in several communities, where persons came to register for assistance.

As of March 5 Dan reports: “Good news. With the exception of the St. Joseph River, all rivers have receded to at-or-below flood stage.”

To date United Methodist response has been in the form of Cleaning Kits. Cleaning buckets stored in Flint, unused after last summer’s flood damage in and around Midland and Mt. Pleasant, are now being made available. Some of that store went to Arenac.

Cleaning Kit contact for the east side of the state is Earle Knapp; Earle.D.Knapp@me.com Those interested in Cleaning Kits on the west side of the state should contact Dan O’Malley; 616-915-6301 or Dano.omalley@gmail.com.
O’Malley continues to monitor the situation. More information will be shared as it becomes available.