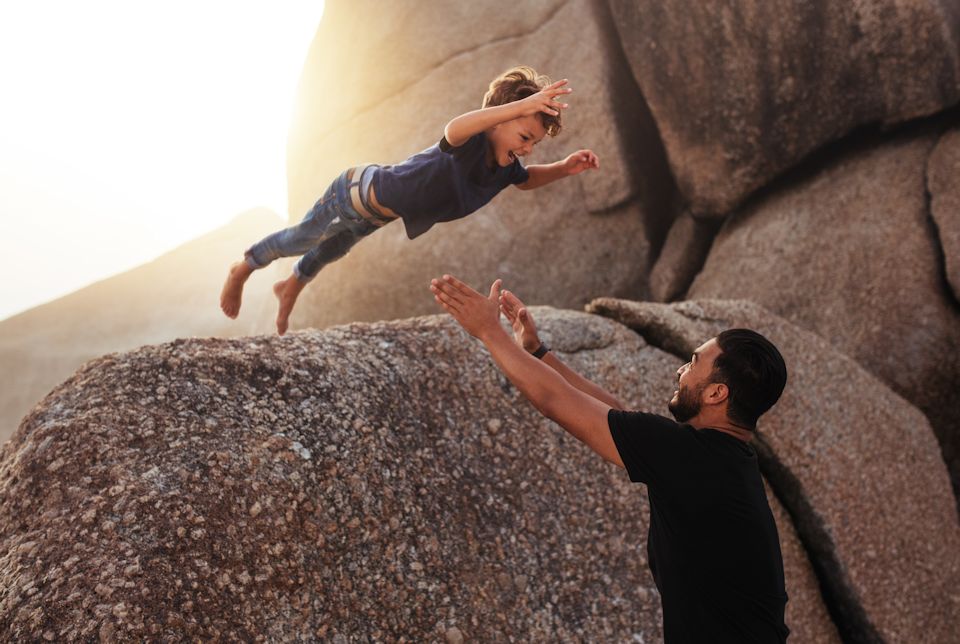 Rev. Glenn Wagner turns to scripture, history, and experience to describe the value of a life lived out of trust rather than deceit.

Trust and deceit are part of our human condition. Both are prevalent in the headlines of our day. Trust is rightly praised as a virtue. Deceit is proven to be a vice. Trust and deceit are like vegetables and weeds. A gardener will testify that both are possible growths in any plot of ground, but the edible produce is preferable. The weeds must be pulled to keep them from choking the harvest of the good crops. It has been my life’s experience that trust almost always contributes to better outcomes than deceit.

Consider trust and deceit with me. We will look at what the Bible, history, and contemporary experience have to teach us.

The word “trust” appears over 180 times in scripture, which gives some indication that our spiritual ancestors thought this virtue to be important.

The very first reference to trust occurs in Exodus 18:21 when Jethro, a priest of Midian and Moses’ father-in-law, observes that Moses needs help in governing his large group of liberated slaves. Trustworthiness is of first importance in selecting leaders, “Moreover choose able men from all the people, such as fear God, men who are trustworthy and who hate a bribe; and place such men over the people as rulers of thousands, of hundreds, of fifties, and of tens.”

The Bible offers high praise in 2 Kings 18:5 for the actions of Judah’s King Hezekiah who publicly opposed idolatry because “He trusted in the LORD the God of Israel; so that there was none like him among all the kings of Judah after him, nor among those who were before him.”

This consistent biblical theme that highlights positive consequence for being trusting and trustworthy echoed in Proverbs:

“Let not loyalty and faithfulness forsake you;
bind them about your neck,
write them on the tablet of your heart.
So you will find favor and good repute
in the sight of God and man.
Trust in the LORD with all your heart,
and do not rely on your own insight.
In all your ways, acknowledge him,
and he will make straight your paths.” Proverbs 3:3-6

In his parable of the talents from Matthew 25:14-30, Jesus praises those servants who have proven trustworthy with the master’s good gifts. “Well done, good and faithful servant, enter into the joy of your master.”

The apostle Paul also promotes trustworthiness when he writes, “This is how one should regard us, as servants of Christ and stewards of the mysteries of God. Moreover, it is required of stewards that they be found trustworthy.” 1 Corinthians 4:1-2.

We don’t have to read very far in the Bible to understand the consequences of trust broken by deceit. Check out the stories of Adam and Eve (Genesis 2:4b-3:24), Cain and Abel (Genesis 4:1-16), Jacob and Esau (Genesis 25-35), and Joseph and his brothers (Genesis 37-50). Our earliest biblical ancestors all knew about the cost of broken trust.

Proverbs also offers warnings about the painful consequences of lying and of placing trust in untrustworthy persons.

“A man who bears false witness against his neighbor is like a war club, or a sword, or a sharp arrow. Trust in a faithless man in time of trouble is like a bad tooth or a foot that slips.” Proverbs 25:18-19

In the book of Revelation, John gives us a glimpse of heaven but consigns liars to the fires of hell. (See Revelation 21:1-8).

In 1314, the famed Italian poet Dante Alighieri gave the world his “Inferno,” in which he described hell as he had envisioned it based on biblical inspiration. He saw hell containing nine circles with the deepest circles consigned to history’s worst offenders. Dante envisioned liars suffering eternally in the 8th circle of hell.

Trust and deceit are not just subjects of the Bible. Trust is a virtue that has been further affirmed in our history.

The importance of trust and truth-telling is underscored by a popular myth about our nation’s first president, George Washington. The story recounted first by an early Washington biographer, remembers how his angry father confronted a six-year-old George about a fallen cherry tree. George confessed, “I cannot tell a lie. . . I did cut it with my hatchet.” Washington’s father embraced him and rejoiced that his son’s honesty was worth more than a thousand trees.[1]

Trust was deemed so important in the functioning of our democratic society that in 1956 by a joint resolution of Congress, the phrase, “In God we trust,” was approved overwhelmingly as the official motto of the United States and added to all our currency.

Trust is emphasized in our courts of law where witnesses are sworn in publicly before their testimony and required to respond affirmatively to a weighty question, “Do you agree to tell the truth, the whole truth, and nothing but the truth, so help you God?”

Perjury, the crime of lying under oath, in a federal court is classified as a felony and is punishable by up to five years in prison.

It has been nearly 40 years, but I still remember the lesson on trust given by a business consultant who addressed a group of young community leaders on “How to be successful in business.” He spoke with emphasis. “If you don’t remember anything else I tell you, NEVER FORGET THE PRIORITY OF TRUST.”

He added, “Trust is an essential ingredient in living successfully. People do business with people they know and trust. Making and maintaining relationships with others and building on a foundation of trust is important for long term success in any business. If you make a promise, keep it. If you are asked a question, tell the truth as you understand it. Let your ‘yes’ mean ‘yes’ and your ‘no’ mean ‘no’. If you make a mistake, apologize, and make amends. Trust matters. If you prove trustworthy with little things, others will trust you with bigger things.”

The consultant went on. “If you always tell the truth, you never have to remember your lies. And if you want to grow a climate of trust, be trustworthy.”

It is easy to notice why trust continues to be important. When we go for a drive in a car, for example, we trust that other drivers will obey the accepted rules of the road. When we stop to fill a car’s tank with gasoline, we trust that the gas hasn’t been watered down by the vendor and that the pump accurately dispenses the fuel, as noted on the meter. The gas station trusts that if we use a credit card to purchase the gas that we will pay our bills when they are due. We trust currency valuation when we transact business. We trust that the bank where we deposit our funds will care for our hard-earned resources with integrity. A child falls into a parent’s arms, trusting to be caught.

The preference for trust is felt acutely by those who know what it is like to be betrayed by a friend, cheated in business, or bruised by marital infidelity. Deceit can break precious relationships and leave behind toxic feelings. I am grateful for those in my life who model trust and who hold me accountable for my lapses in judgment.

In her 2011 Global TED talk, “How to Spot a Liar,” Pamela Meyer noted that “lying is a cooperative act.” She explained that every lie requires someone to tell it and someone who accepts the untruth and fails to hold the liar accountable. Meyer noted that in 2010, the year preceding her talk, the U.S. experienced $997 billion in corporate fraud with traumatic consequences for shareholders, consumers, and public trust.

She says people can be lied to daily. Sometimes lies are categorized as white lies, an untruth intended not for harm but to protect the feelings of the person being lied to from hurt. Have you ever told a hostess that a sub-par meal was delicious? Have you ever excused yourself from a gathering early because of a fictional “headache?”

Many lies are far more damaging than the polite ones we sometimes tell to keep a friendship.

Have you ever been cheated in business or betrayed in love? Dishonesty can have painful consequences.

Philosopher Sissela Bok, the daughter of two Nobel prize-winning parents, suggests that publicity is a good test of whether a lie is acceptable. If you assemble a jury composed of those immediately affected by the lie and a random group of independent observers, would the majority opinion find the lie justified? Giving refuge to a Jewish neighbor in Hitler’s Germany could prove an acceptable lie. But in most instances, truthfulness has been proven to be the better choice.

People of faith have consistently found strength for facing life’s difficult challenges by choosing to trust in the presence and promises of God.

During a revival meeting where Dwight L. Moody was preaching, a young man responded to his invitation to discipleship. The youth came forward greeting the evangelist with this honest confession, “I am not quite sure, but I am going to trust and I am going to obey.” The song leader at the revival, Daniel Towner, conveyed the story to John Sammis, a Presbyterian minister and suggested he write a text on the topic to music composed by Towner. [2]

The pair captured the importance of living in faithful trust with a classic hymn.

When we walk with the Lord in the light of His Word,
What a glory He sheds on our way!
While we do His good will, He abides with us still,
And with all who will trust and obey.

Deciding to live as trustworthy persons is a proven way to say thanks to God, who has already entrusted to us the gift of his eternal love.

~ The Rev. Dr. Glenn Wagner is a retired pastor of The Michigan Conference. He and his wife, Nancy, live in Holland, MI.