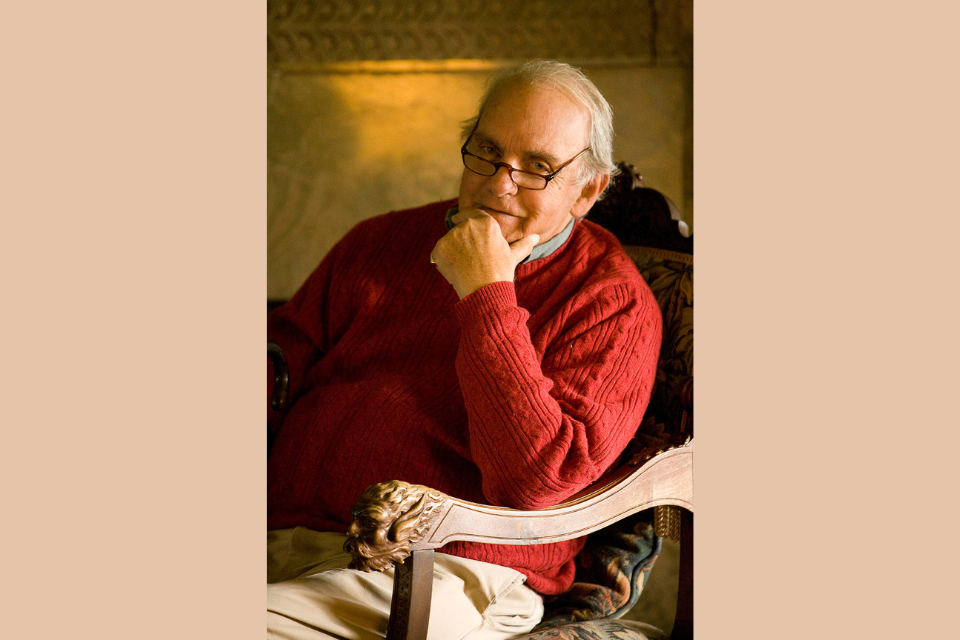 Frederick Buechner was one of the most influential Christian writers of the twentieth century. He died recently at the age of 96.~ By Christiansay - Own work, CC BY-SA 4.0, https://commons.wikimedia.org/w/index.php?curid=70486175

Frederick Buechner’s writings nurtured a whole generation of preachers and writers, including many United Methodists, by his creative and careful use of words in communicating the precious gifts of life.

“In the last analysis all moments are key moments, and life itself is grace.” If there is one phrase which captures the spirit of Frederick Buechner’s writing, this is it: “Listen to your life.”

Buechner died recently at 96, at peace in his sleep in his beloved Vermont. Not that his whole life was peaceful, however. His father’s death when he was a child haunted him for many years, and in his writing, he shared his own doubt, depression, and disillusionment as well as his faith, hope, and love. Through it all, he was able to discover God’s grace in the simplest of things and teach the rest of us how to do the same.

“You are alive,” he writes in A Room Called Remember. “That’s all that matters, and the sheer wonder and grace of it are staggering, the sense of life as a gift, and the sense of the pricelessness of each moment, too, even the most humdrum. The taste of fresh bread. The trip to pick up the laundry. The walk with a friend. They were nearly taken away for good. Someday they will be taken away for good, indeed. But in the meantime, they are yours. Treasure them for what they will not be forever. Treasure them for what, except for God’s grace, they might never have been at all.”

Frederick Buechner was born on July 11, 1926, in New York City, then moved frequently with his family as his father searched for work. The family settled in Bermuda after his father’s suicide when he was ten years old.

In 1948 he earned a bachelor’s degree in English at Princeton University, and quickly achieved fame with the 1950 publication of his first novel, A Long Day’s Dying. An ordained Presbyterian pastor, he wrote 39 books including fiction, theology, and spiritual reflection.

Perhaps his greatest contribution was in his uncanny ability to shape thoughts into words. A lover of language and a true wordsmith, he was often referred to as “the preacher’s preacher and the minister’s minister.” His writings nurtured an entire generation of preachers, offering an example of the creative and careful use of words in communicating the precious gifts of life.

“One thing is, whether one life is enough or not, one life is all we get, at least only one life here, only one life in this gorgeous and hair-raising world, only one life with the range of possibilities for doing and being which are open to us now. Unfortunately, we tend to live as though our lives would go on forever. We spend our lives like drunken sailors” (The Hungering Dark).

Telling the story of his own spiritual conversion is a classic example of his life and writing. He was living in New York at the time and started going to church. He says, “Part of the farce was that for the first time in my life I started going to church regularly, and what was farcical about it was my reason for going, which is that on the same block where I lived there happened to be a church with a preacher I had heard of and that I had nothing all that much better to do with my lonely Sunday.”

So, he went to listen to the great pulpiteer George Buttrick. “Sunday after Sunday, sermon after sermon . . . then there came one particular sermon with one particular phrase in it that does not appear in the transcript, so I can only assume he must have dreamed it up at the last minute and ad-libbed it—and on such foolish, tenuous, holy threads hang the destinies of us all.”

Buttrick was preaching about Jesus Christ being crowned as King in the hearts of believers. Buechner writes, “And he said that inward coronation takes place amid confession and tears and great laughter. It was the phrase ‘great laughter’ that did it, did whatever it was that I believe must have been hiddenly in the doing all the years of my journey up till then. It was not so much that a door opened as that I suddenly found that a door had been open all along which I had only just then stumbled upon” (The Sacred Journey).

From that conversion moment with the phrase “great laughter,” he went on to follow his calling, graduating from Union Theological Seminary in New York, serving as the chaplain at Phillips Exeter, and moving into a lifelong career in writing.

“Listen,” he says. “The unexpected sound of your name on somebody’s lips. The good dream. The odd coincidence. The moment that brings tears to your eyes. The person who brings life to your life. If it is God we are looking for, maybe the reason we haven’t found him is that we are not looking in the right places. Pay attention. As a summation of all that I have had to say as a writer, I would settle for that” (The Clown in the Belfry).

Thank you, Frederick Buechner, for teaching us how to pay attention, how to listen to our lives, and how to speak about it.