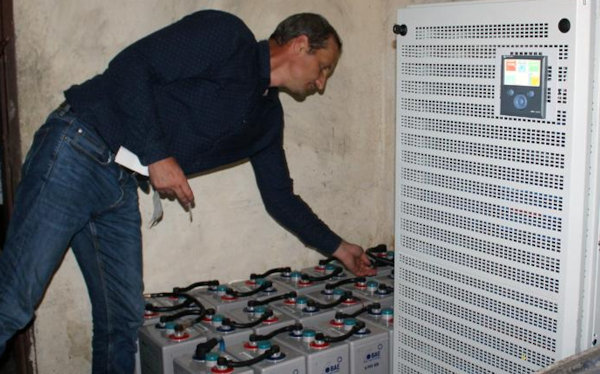 The Bishop Judith Craig Children’s Village is now washed with light from more than $35,000 worth of solar-powered electricity donated by The United Methodist Church in Norway.

The lights enabled by the electricity will enhance the lives of the children, students and the surrounding community of Juazon, home to the village.

“With this electricity, our lives will be improved, including the security of our facilities,” said the Rev. Robert N. Sieh, director of the children’s village.

He said the village was frequented by criminals and endured other conditions that were aggravated by darkness, and that students, especially those living in the village, always found it difficult to study at night without electric light.

“The United Methodist Church of Norway has lifted our village from the backwardness we once experienced without electricity,” he said.

Sieh said that now that the Norwegian church paid the total cost of the solar-power electricity project, it is the role of United Methodists in Liberia, especially the village, to ensure the facility is protected and used for the benefit of the children and the community.

In operation since 2000, the village is the first church-supported home for orphans, although the Liberia Conference has previously sponsored boarding schools. The village is named for retired Bishop Judith Craig, who led the denomination’s Michigan and Ohio West areas.

Initiated in 2015 by Sieh and a Norwegian clergyman he described only as Rev. Askie, the solar- powered electricity was the Norwegian church’s way of helping the children of the village.

“Rev. Askie asked me, ‘What would the village like for the Norwegian church to do?’ I said, ‘Give us light,’” Sieh told United Methodists who gathered recently to witness the symbolic switching on of the lights.

“Today, that request that I made on behalf of The United Methodist Church in Liberia has been honored by our brothers and sisters in Norway,” he said.

Stein Skjorshammer, the contractor and a former United Methodist clergyman, said his heart was deeply troubled when he saw the conditions under which the children were studying.

“When I saw the children in the village, I wanted to cry,” Skjorshammer said.

He called on The United Methodist Church in Liberia to help steer the children away from poverty by providing the right environment for them to grow up.

“The village and the people of the village are all that the children have, and it is not the will of God that anyone should be poor,” Skjorshammer said, challenging the church to open the doors of opportunity for the children to step through.

Bishop Samuel J. Quire Jr. thanked the Norwegian church for its long-standing support of the Liberian church. He warned the children, students and guardians of the village to make use of the electricity and protect the facility as well. “If you don’t use what you have now, you will lose it,” Quire said.