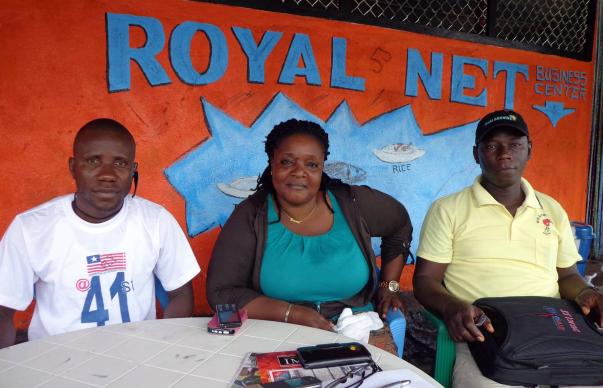 Liberia is now Ebola-free, but many stricken with the virus are experiencing health issues.

“Though unconfirmed by further medical examination, the situation is now taking center stage among post-Ebola strategists,” said Patrick Mantor, administrator of the Ganta United Methodist Hospital. Asked how they were able to arrive at this conclusion, Mantor said the epidemiological history of the patients always ends with the issue of Ebola. “The issue is now under serious study by all the health entities of Liberia,” he emphasized.

About 11,000 people in Liberia contracted Ebola during the deadliest outbreak in history and nearly 5,000 died.

Once an epicenter of the Ebola virus, Ganta City has since recovered from the traumatic effect of the virus. The hospital, which played a vital role in serving the community, is still on the alert for any resurgence of the virus. Mantor said authorities have improved the hospital facilities and have increased awareness, adding, “patients who come to the hospital with strong fever are given special attention and, if possible, isolated until we are certain that their case is not Ebola.”

The Rev. Paye Cooper Mondolo, superintendent of the Weala district, said that most of the patients coming to the Weala District health facilities are men. “Several of them complained about general body weakness and strong headaches,” Mondolo said. He attributed the problems of the Ebola survivors to the amount of drugs they were given while they were under attack by the virus.

Jerald Dennis, an Ebola survivor and now the public relations officer of the Ebola Survival Association of Liberia, confirmed the serious sight problems that many are facing. “As for me, my problem is severe headache,” Dennis said. He indicated pain medication is no longer effective in calming his headaches, adding, “I am not the only one suffering from severe headache as a survivor.”

He further indicated that health authorities are now working with several non-governmental organizations to train health workers on how best to profile Ebola survivors coming to their facilities and what kind of treatment to give them in case of headaches. “Right now, the only drugs that can calm the pain of my headache are drugs made in the United States,” Dennis concluded.

Declared Ebola free on May 9, 2015, and again on Jan. 14, 2016, Liberia was greatly affected by the Ebola virus — which killed thousands, especially health workers. The entire nation is now on the lookout for the virus, but with no worries as indicated by the national health authorities.