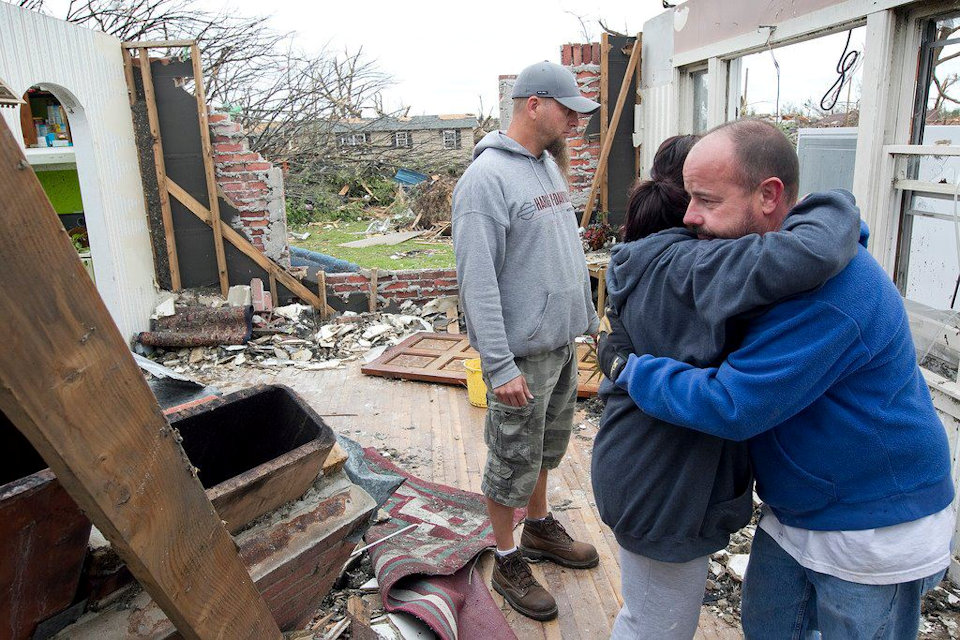 UMCOR is noted for directing 100% of donations to the cause for which they are given and for being “early in, last out” for disaster response and recovery. Its annual budget averages $55 million. ~ Facebook/UMCOR

The United Methodist Committee on Relief, the humanitarian relief and development agency of The United Methodist Church, will enter its ninth decade led by a new executive director who brings a strong background in international disaster response, public health, and child welfare.

Lara S. Martin comes to the United Methodist Committee on Relief (UMCOR), effective February 3, from a top post at the Center for Humanitarian Emergencies of Emory University, Atlanta, Georgia. She was formerly with Save the Children in Washington, D.C.

“Throughout her career, Lara has taken part in responses to disaster and health emergencies in many countries of Africa, Asia, Latin America, the Caribbean, and the Middle East,” said Bishop Thomas Bickerton of New York, UMCOR’s president. “She brings to this appointment significant administrative and fund-raising experience and knowledge of theology and, as a United Methodist, structures of the church.”

“The combination of her vast international experience with the depth of her faith will be a true gift to UMCOR, Global Ministries and the broader ministries of the church,” Bickerton stated.

“We are thankful that we have found a director who has both the professional and faith-based experience needed to head an agency as unique as UMCOR is today,” said Thomas Kemper, chief executive of Global Ministries, of which UMCOR is a unit.

UMCOR is a major faith-based relief and development operation and one of few such agencies still related to a worldwide Protestant mission organization, United Methodist Global Ministries.

Founded in 1940 in response to the refugee crisis caused by war in Asia and Europe, UMCOR “has never in its 80 years of service been stronger or more global than it is today,” said Roland Fernandes, who Martin succeeds as UMCOR director. Fernandes has served as UMCOR’s top executive while also tending to his continuing positions as chief operating officer and general treasurer of Global Ministries.

“The impacts of our programs are significant,” Fernandes stated. He pointed to recent “record-breaking grants combined with a renewed focus on migrants and environmental sustainability in addition to UMCOR’s well-known work in U.S. and international disaster response and development.”

UMCOR is noted for directing 100% of donations to the cause for which they are given and for being “early in, last out” for disaster response and recovery. Its annual budget averages $55 million. Donors support the administrative expenses of the agency by giving to a special offering received online and in churches of The United Methodist Church on UMCOR Sunday, which many will celebrate on March 22, 2020.

“I am honored to have the opportunity to lead UMCOR,” said Lara S. Martin, the new executive director of the United Methodist Committee on Relief. “As an aid worker, I have long admired UMCOR’s innovative programming. As a United Methodist, I am proud of UMCOR’s leadership among ecumenical aid organizations and its unwavering ministry to immigrants and refugees.”

“As we begin this new decade together, I hope to ensure that UMCOR remains an organization that all Methodists can support,” Martin continued. “Our programs will continue to work with and for communities, remaining aware of power, privilege and neo-colonialist systems that replicate harm. Our role as the hands and heart of God in the world has never been more important. I’m so grateful to be a part of it.”

A current member of the North Decatur United Methodist Church in suburban Atlanta, Martin grew up in Winter Haven, Florida, the daughter of two school teachers. She joined the staff of Save the Children in 2007, working in monitoring and evaluation, global health and nutrition, including foundation-funded programs in East and West Africa, Central Asia and South America. Then for three years, she had concurrent roles in emergency health and nutrition and broader emergency program development for Sudan.

She came to the Emory Center for Humanitarian Emergencies in 2013, first as a member of the advisory board and then as a program manager. Lara managed and often raised support with partners, such as the U.S. Centers for Disease Control and Prevention (CDC), for health and other emergency work. Across her career, she contributed to response in a wide range of critical situations including the West Africa Ebola crisis, the Zika outbreak in Latin America, and emergencies in Haiti, Kenya, Syria, Bangladesh, and Venezuela. She supported the Obama Administration on North Africa humanitarian policy development and has been an instructor in humanitarian best-practices for various nonprofit organizations, as well as the CDC and the U.S. Army.

Martin is a member of the American Anthropological Association and the Junior League of Atlanta.

~ Elliott Wright is a communications consultant with the General Board of Global Ministries.