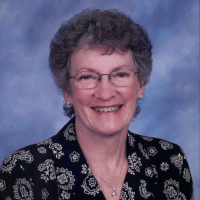 Wife of Roger A. Parker, Judith Ann (Judy) Parker passed away peacefully at Chelsea Retirement Community on November 2, 2022 at the age of 80.

Judy was born in Bay City, Michigan on May 14, 1942 to parents, Dan Collver and Barbara Molnar Collver. She grew up in Munger, Michigan and graduated from Bay City Central High School in 1960. Judy received her nurse’s training at Henry Ford Hospital and worked as a registered nurse at Bay Medical Center in Bay City and at Hurley Medical Center in Flint,
Michigan. After 30 years of nursing, she retired and began a second career as a licensed massage therapist.

Judy was preceded in death by her first husband, David Wieland, and her sister, Marilyn Bublitz. Judy was married to Rev. Roger Parker for 41 years. Together, they lived in Essexville Michigan, Flint Michigan, and Franklin Tennessee. Judy supported Roger as he pastored United Methodist Churches in each of these locations. In 2018, after 20 years of friends and fellowship in Tennessee, they moved to Dexter Michigan to be near family.

Throughout their lives together, Roger and Judy enjoyed traveling and adventuring close to home and around the world. Their travels included Israel, Morocco, Iceland, England, Hungary, Paris, Switzerland, and, most recently, Costa Rica. They shared a love of hiking and camping in the US and Canada, and especially in Michigan’s upper peninsula.

In her free time, Judy enjoyed reading cookbooks and trying new recipes, always looking for the healthiest options. She volunteered in many areas of church life including the church’s prayer shawl ministry and Stephen Ministry. Her fundraising efforts helped raise thousands in support of the Foundation Fighting Blindness.

She will be remembered dearly by those who survive her: beloved husband, Roger; daughter, Shelley (Steve) Hurt; Step-children, Andrew (Lisa) Parker and Charlotte (Jake) Curtis; grandchildren, Deven, Jake, and Maximillion; brother, Ron (Myrna) Collver; and many extended family members and friends she made along the way.

The family wants to acknowledge the loving care Judy received in Towsley Village at the Chelsea Retirement Community. In lieu of flowers, gifts may be made to the Team Member Support Services fund of the UMRC and Porter Hills Foundation.

A Memorial service will be held at St. James Episcopal Church in Dexter, Michigan, on Saturday, December 10, at 11 a.m. followed by a committal service at a later date at Franklin First United Methodist Church in Franklin, Tennessee.