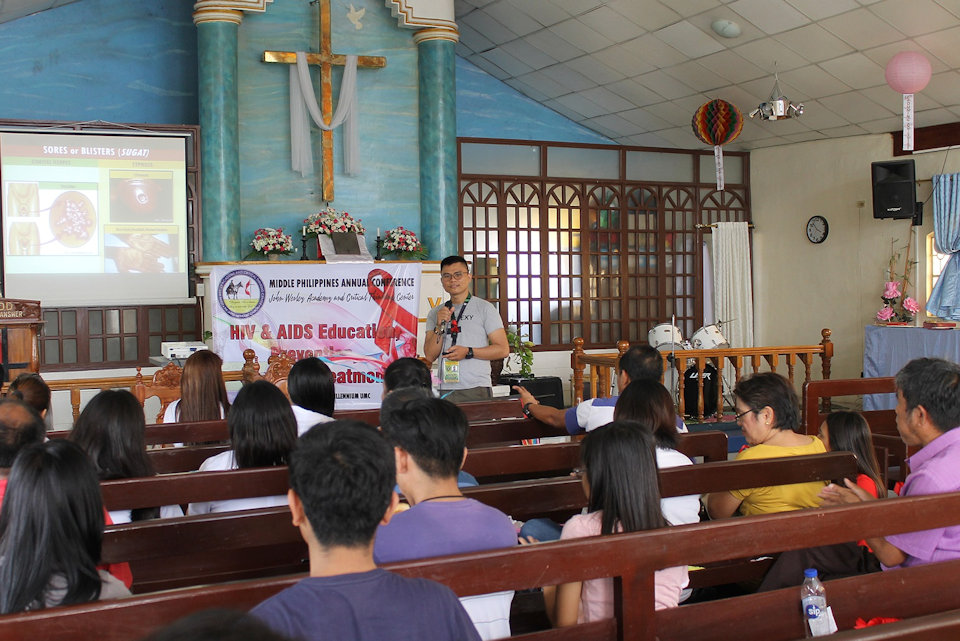 The United Methodist Church is raising a loud clarion call regarding the over the 36.7 million globally living with HIV/AIDS.

In 2010, more than 130 United Methodists went through HIV/AIDS testing during that spring’s Council of Bishops meeting to draw attention to a major global health issue and express solidarity with those suffering with the disease.

These days, such attention — from both the faith community and society at large — has diminished, says Indiana Area Bishop Julius C. Trimble, committee chair of the United Methodist Global AIDS Committee.

“It’s what I call apathetic neglect,” he explained. “It’s another form of discrimination.”

Trimble hopes that an upcoming denominational conference will “generate some tangible commitment to re-prioritize HIV and AIDS in our overall concern about global and national health.”

The goal of the “Breaking Barriers” HIV/AIDS ministry conference, from Oct. 25-27 at St. Luke’s United Methodist Church in Indianapolis, is to save lives, reduce stigma and increase awareness. Scholarships, supported by the Indiana University Health Network, a co-sponsor, are available to help participants with registration and hotel costs.

The intent, Trimble said, is to both sound the alarm and extend an invitation for faith communities to join with those who have had some success in reducing HIV/AIDS deaths and increasing prevention. Sponsored by the Global AIDS Committee in partnership with the Council of Bishops and the denomination’s general agencies, other co-sponsors include seminaries, annual conferences and the Evangelical Lutheran Church in America.

Trimble said the conference has attracted support “because it is rare that a mainline denomination, in collaboration with partners, has raised the clarion call regarding the over 1 million persons living with HIV in America and 36.7 million globally living with HIV/AIDS.”

The target audience is people of faith, health professionals and advocates, community leaders and volunteers and, especially, those living with HIV, said Linda Bales Todd, a committee member and conference organizer. “We want to hear from them, share their stories and say, again, this is a safe place for you to be.”

The Breaking Barriers conference is useful for anyone concerned about healthier communities. The event, at St. Luke’s United Methodist Church in Indianapolis, begins Thursday, Oct. 25 at 1 p.m. and ends, after closing worship, at 2 p.m. on Saturday, Oct. 27. Register by October 11. Click for more information.

A major focus at the conference is the need for more testing, Todd noted. While there are statistics on who is living with the virus, a significant part of the population is infected and doesn’t know it, she said.

For those who have been tested globally, about 50 to 60 percent are getting treatment, she said, “but there’s still a huge chunk of people who aren’t.”

Stigma and complacency still present barriers to overcoming AIDS, as pointed out this summer during the International AIDS Conference in Amsterdam and at a pre-conference faith-based gathering.

“Medical advances have been significant in the battle against HIV and AIDS, but progress dealing with stigma is still very limited,” declared the Rev. Donald Messer, executive director of the Center for Health and Hope, Centennial, Colorado.

“People are still afraid and ill-informed around the world,” said Messer, who has been involved with the Global AIDS Committee since its beginning.

In the U.S., he believes, the stigma has gone underground. “It keeps people from getting tested, treated and also from revealing their status to others,” he said.

While there was a period of time when certain churches were very vocal about the poor treatment of those with HIV/AIDS, an attitude of sin around the disease still prevails.

“There’s unnecessary fear and misinformation and a lack of real information of telling how people can avoid HIV,” Messer said. “Silence doesn’t help anybody.”

It is significant that the conference is being held in a state where the late Ryan White — a teenager who contracted AIDS through medication for his hemophilia — fought against stigma after being expelled from his school. Messer noted that White and his mother were United Methodists but were mistreated by the church because of that stigma.

More recently, said Trimble, Scott County in Indiana is “the intersection of the opioid crisis and HIV/AIDS meets” with a spike in infections of IV drug users.

Just “being willing to talk” and become better educated can help reduce stigma. Sponsoring organized programs is another step in the right direction. “We’re hoping to promote some of what I call these ‘can do’ things,” the bishop said.

For example, the West Ohio Conference has annual HIV/AIDS healing weekends to offer rest, respite, acceptance, affirmation and love. About 100 attend, most of them HIV positive but not connected with the church, Todd said. “It means a lot to the people who go to that retreat.”

One of the workshops at the Breaking Barriers conference, repeated twice, will focus on how to organize retreats and healing weekends.

Trimble pointed to the need to get beyond the “quiet assumption” that, overall, HIV/AIDS is not really a problem.

“The church has never elevated HIV/AIDS as a sustained priority that allows us to embrace social holiness at the intersection of education and advocacy with compassion,” the bishop said.

“This must change and I, for one, am committed to repenting for our quiet neglect as we accept the challenge to reduce infections, deaths and remove stigma.”