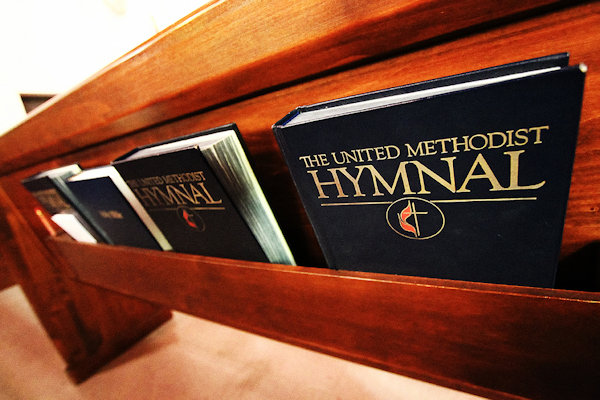 New hymnal committee is authorized and UMs may be singing a new song by 2021.

The United Methodist Church is on track to get its first new hymnal since 1989, and this one will be Internet-cloud based and print-on-demand — the first high-tech hymnal for a mainline denomination.

General Conference 2016 approved on a consent calendar Tuesday, May 17, a petition authorizing the creation of a 15-member Hymnal Revision Committee.That was the big green light needed for the United Methodist Publishing House and Discipleship Ministries to move forward with the new collection. The two agencies share responsibility for the hymnal.“The time has come for us to continue the shaping of the church’s song in order that it might speak of God’s love and our faith in the years to come,” said the Rev. Jackson Henry, a Tennessee Conference delegate, staff member at Discipleship Ministries and longtime church music minister.

“We pray that the contents of the hymnal will give voice to a new generation of United Methodists as we grow in our discipleship and live as bearers of the gospel of Jesus Christ.”

“UMPH and Discipleship Ministries will collaborate in developing a detailed work plan and schedule,” he said. “A priority will be constituting the committee and arranging for its work.”

Because it will be cloud-based, the agencies expect the new hymnal will be expandable and will allow United Methodist churches to have available many more contemporary worship songs that have been vetted as consistent with Wesleyan theology.

The 2020 General Conference will need to approve the Hymnal Advisory Committee’s recommendations, with release of the new hymnal coming as early as 2021.

Some 6 million copies of the 1989 United Methodist Hymnal have been distributed, and it still sells some 25,000 copies a year.

General Conference 2008, meeting in Fort Worth, Texas, also approved creation of a Hymnal Revision Committee, but the economic recession caused the agencies to decide not to go forward.