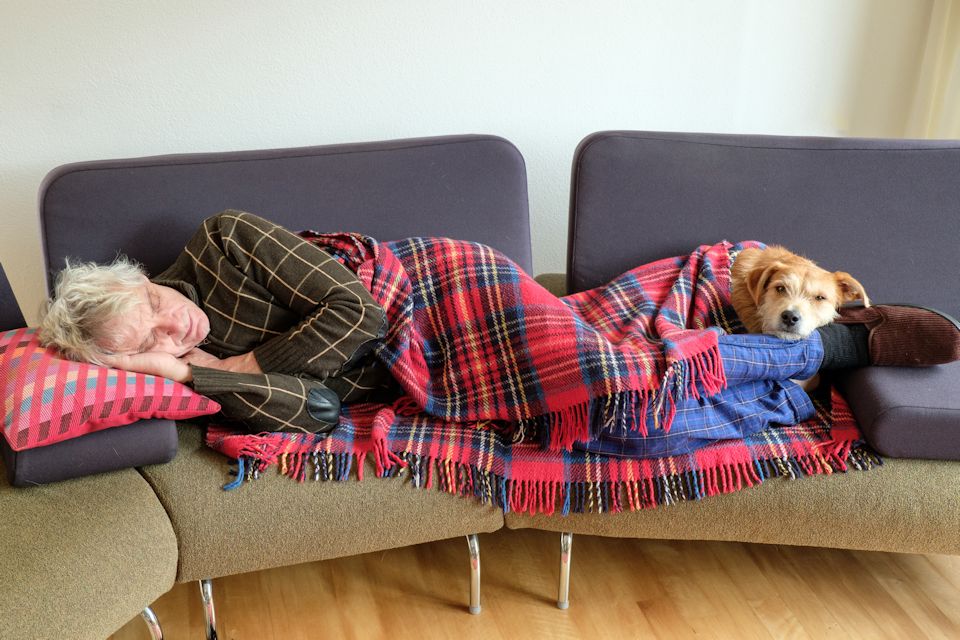 From the beginning, when God blessed the seventh day, scripture tells us that rest is a good thing. Pastor Dillon Burns reflects on that topic in this video devotion.

Oh, hello! I almost didn’t see you there. My name is Dillon; I’m the pastor at Manchester United Methodist Church, and I’ve always kind of wanted to start one of these videos just like that. It’s a little bit like how they may have started a mid-90s children’s TV program, and that’s a little bit what I’m going for here today, I guess. A little bit of a gimmick — I’ve got a blanket around my shoulders here — and a little bit childlike, because what I’d like to talk about is the spiritual power of napping.

Yes, you heard me right: the spiritual practice of spending some time in the middle of your day not doing any work and sleeping instead. And I promise you it is, in fact, a scriptural notion. Let me tell you where I’m pulling it from: it’s this fantastic, maybe tongue-in-cheek interpretation of a story of Elijah in 1 Kings, chapter 19. Now, Elijah has just had a run-in with some false prophets, he may or may not have killed all of them, and he may or may not be in deep trouble as a result. So he’s freaking out a little bit, running away and fearing for his life. 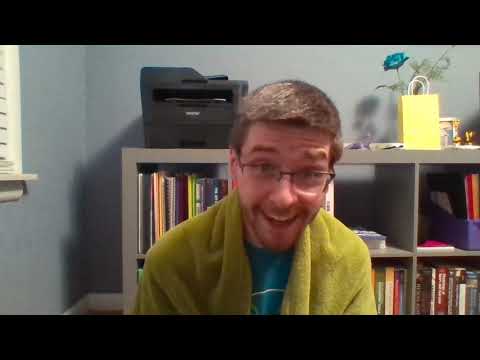 “Elijah was terrified. He got up and ran for his life. The prophet arrived at Beer-sheba in Judah and left his assistant there. He went farther on into the desert a day’s journey. He finally sat down under a solitary broom bush. He longed for his own death: ‘It’s more than enough, Lord! Take my life because I’m no better than my ancestors.’ He lay down and slept under the solitary broom bush.

“Then suddenly a messenger tapped him and said to him, ‘Get up! Eat something!’ Elijah opened his eyes and saw flatbread baked on glowing coals and a jar of water right by his head. He ate and drank, and then went back to sleep. The Lord’s messenger returned a second time and tapped him. ‘Get up!’ the messenger said. ‘Eat something because you have a difficult road ahead of you.’ Elijah got up, ate and drank, and went refreshed by that food for forty days and nights until he arrived at Horeb, God’s mountain.”

And that is a quick transition from fearing for his life, wishing he was dead, to arriving at God’s mountain. He goes from here to have a pretty intense encounter with God, and what was it that turned it all around? A snack and a nap.

Again, it’s a slightly tongue-in-cheek interpretation, but the practice of napping isn’t all that outside of the scriptural tradition. In the very beginning, God institutes a practice for us all, which is to say that we work for six days, and then we rest for a day. There is something fundamental about taking time off, where we are not working and trusting that life goes on just the same, trusting that God is, in fact, in charge enough that we can rest every once in a while. And so we have six days on and one day off, but also perhaps a few hours on and an hour of napping.

The challenge, often — at least I have found this to be the case — is that we so frequently tie our worth and value to our productivity. We have this ingrained work ethic, which says that we have to do a lot to justify our place, to justify having the things that we have. We believe that we should work hard to get anything, that we should pull ourselves up by our bootstraps, that it is our blood, sweat, and tears that allow us to eke out a living in this life.

The only trouble with this very simple formula — that you get what you work for  — is how it stands against the premise of scripture that God gives more than we could ever earn. It doesn’t seem quite right to build a whole life based around a different formula than the pattern that God works from. In fact, there’s a parable you might remember, talking about how people who worked for different amounts of time throughout a day all got the same paycheck at the end. Our value and the things that we should have in life are not intended to be based around what we have earned but based on the intrinsic value that we have to God.

So, it is good to work, it is very good to work, but it’s also good to rest. We have the freedom to do both. And so, I invite you today — if you think you might need a nap, even if you think you might not — consider taking one and letting things run without you for a moment. Get some rest and know that God is in charge and doles out with abundance and generosity that isn’t based on what we have earned.

Have a blessed and restful day, friends.

~ Shared with permission from Extraordinary Connection, a collaboration of United Methodist clergy across Michigan who provide daily online inspiration.