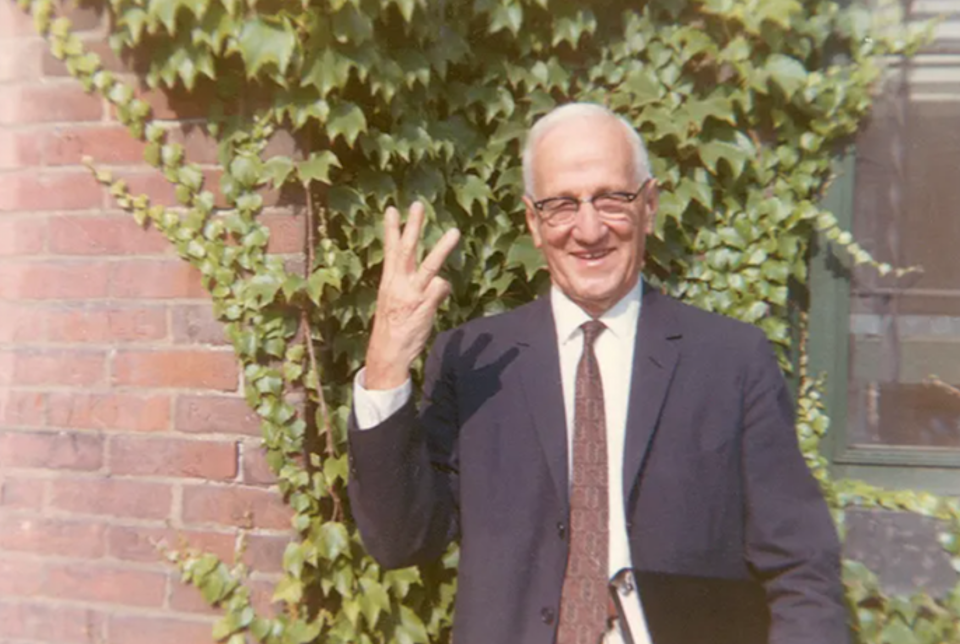 When E. Stanley Jones arrived in what was then the Belgian Congo, he made popular a saying shared with three fingers raised. "Jesu ni Bwana." (Jesus is Lord) That greeting is still used in United Methodist churches today. ~ photo courtesy E. Stanley Jones Foundation

Once called, “the greatest missionary since St. Paul,” the life and ministry of E. Stanley Jones offer important lessons in the midst of global tensions over faith, ethnicity, and race.

Does a preacher from the previous century have anything to say to this generation? Yes!

His clarion call to justice and loving community was shaped by his friendship with Mahatma Gandhi and influenced the life of Dr. Martin Luther King, Jr. In one of his famous appeals, E. Stanley Jones wrote: “Let us go out to stimulate everybody and throw open the doors of equal opportunity to every single person. We must galvanize beaten down people with a faith in God, in themselves, and in the future. … And this faith in humanity would apply to people outside our own borders.”

In his day, E. Stanley Jones (1884–1973) was described as the “greatest missionary since Saint Paul.” More than an evangelist, he was the author of 27 books that sold millions of copies. He also was a statesman, the founder of Christian ashrams, an interfaith leader as well as a spokesman for peace, racial inclusion, and social justice.

He was a confidant of presidents Franklin D. Roosevelt and Harry Truman. Twice nominated for the Nobel Peace Prize, Jones’ ministry in India brought him into close contact with that country’s leaders including Jawaharlal Nehru, Rabindranath Tagore, and MahatmaGandhi. His writings from India influenced Dr. Martin Luther King Jr.’s own nonviolent approach to injustice.

The crystal clarity and the warm hospitality of Jones’ Christian message formed working relationships with leaders of other world religions and often startled his own American evangelical colleagues, especially when he prophetically condemned racism as “spiritual treason against God.”

As challenging as his preaching sometimes was in confronting injustice, Jones was best known for inspirational Christian messages of hope and refreshment for the millions of people from every walk of life who he addressed either in person or through his writings.

The Rev. Dr. John E. Harnish remarks, “From Jones’ life and work, we can hear a word which is as relevant today as it was 75 years ago. In a day when tensions between races and religions are on the rise globally and the message of the Christian faith seems to be either weak or aligned with a political agenda, the voice of a true World Christian needs to be heard once again.”

~ The Rev. Dr. John E. Harnish has authored, “30 Days with E. Stanley Jones.” These short, inspiring true stories from Jones’ life and the people that he touched illustrate the timeless, loving wisdom that he believed lay at the core of Christianity. The stories can be read as daily devotionals or could be discussed in small groups. The book includes a complete discussion guide and links to introductory videos by Harnish that can be used to spark group discussion.