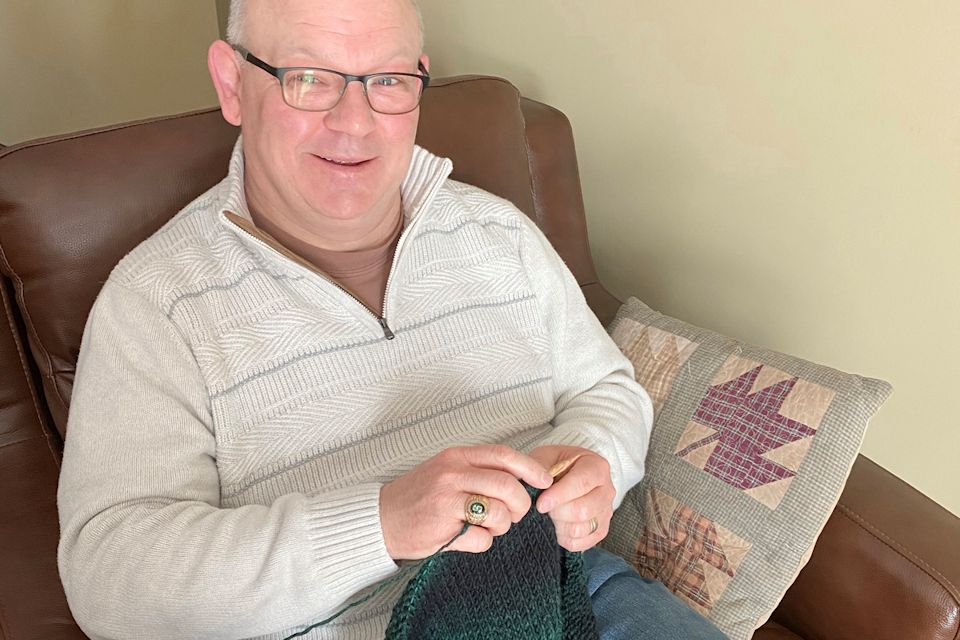 Annual conferences support clergy as they adapt to the health crisis by offering programs that help avert burnout. This care takes many forms.

After COVID-19 took hold, the Florida Conference formed a clergy care team, recognizing that doing ministry during a pandemic would be a nerve-wracking challenge.

The team decided to provide $1,000 grants to pastors who wanted to invest in something that would help sustain them.

The Rev. Heather Harding asked for and was given money to buy a new Trek hybrid bicycle. Now, when things get a little much, she goes for a spin.

“It’s kind of a mind, body, spirit thing,” said Harding, pastor of Tuskawilla United Methodist Church in the Orlando suburb of Casselberry. “I feel good because I’m moving, getting exercise — and getting away from the computer and phone.”

Being a pastor, Harding often manages to slip a little ministry into her cycling breaks.

“Sometimes I’ll do a prayer ride through the neighborhoods around the church, praying for the people,” she said.

This month marks the first anniversary of churches having to close their doors because of the pandemic, and for pastors, it has been a yearlong stress test, full of disruption and improvisation.

Though clergy care is hardly a new idea, the pandemic has prompted many pastors to get more serious — and creative — about taking care of themselves.

“We’re trying to keep them from burning out — to help clergy find ways to renew their spirits and stay renewed,” said the Rev. Sidney Tompkins, who chairs the Florida Conference’s clergy care team.

Sometimes it’s a matter of affirming that pastors need time off and outside pursuits.

The Michigan Conference recently held a clergy renewal webinar led by Bishop David Bard, and it featured pastors talking about and demonstrating hobbies that helped them keep going this past year.

One was the Rev. Chad Parmalee, who leads Chapel Hill United Methodist in Battle Creek, Michigan. He began knitting five years ago, inspired by a group of women at the church, and during the pandemic has picked up the pace.

He said by phone that knitting, which he tends to do while watching a ballgame on TV, not only relaxes him but gives him a way to bless others.

Of the many items he’s made — everything from scarves to prayer shawls — he’s kept just one.

“As many pastors are, I’m a servant at heart,” Parmalee said. “I’m often praying for the recipient of whatever gift it is I’m creating, and that’s also soothing.”

A year ago, during Lent and with Easter looming, churches scrambled to go online because the spreading coronavirus severely restricted public gatherings.

The time since has meant lots of on-the-fly decision-making, including about whether and how to resume meeting in person. Other aspects of ministry, such as pastoral care and church finances, have been disrupted as well.

The Duke Clergy Health Initiative did in-depth interviews with 25 United Methodist pastors in North Carolina, asking how they were adapting to the public health crisis.

“Many pastors reported feeling a whole lot busier because they had to rethink everything about how they did their jobs,” said David Eagle, principal investigator for the project.

The Rev. Aaron Brown’s stress included dealing with a staff member’s death from COVID-19. Financial pressures on his church, Saint Paul’s United Methodist in Joplin, MO, were a lesser concern, but real enough.

The church managed to avoid layoffs, but the prospect weighed on Brown.

“That’s not our mission, to keep people employed. But they are people, and we want to take care of them,” he said.

The Rev. Lancelot Mukundu, who chairs the United Methodist-supported Nyadire Mission station in Zimbabwe, came down with COVID-19 himself in January, requiring two weeks of hospitalization.

“My ministry has been heavily disturbed by my sickness, and as a mission, we have missed several development targets,” he said.

The Rev. Bart Hildreth, the pastor of First United Methodist Church in St. Charles, MO, saw the number of deaths in his congregation double last year — in part because of COVID-19. He hasn’t been able to do regular hospital visits because of safety restrictions, and he has a funeral scheduled for Good Friday that’s been on hold for a year.

“I’m in my 41st year of ministry, and there’s nothing that would have scripted this for any of us,” Hildreth said of the pandemic. “We’re all kind of working our way through a glass darkly.”

Hildreth has a passion for travel, and that’s been curtailed this year. But he’s made a point of spending time at his farm.

Brown has kept up his exercise regimen. He’s met regularly with his professional coach and spiritual director, and he’s relied even more than usual on the company and counsel of his wife.

“It takes a village to raise an Aaron,” he said with a laugh.

As the pandemic has gone on, the Missouri Conference has offered pre-recorded Sabbath Sunday sermons — including one by Bishop Bob Farr — for churches to plug into online services, so pastors can have time off.

The conference also has had online worship services just for pastors, giving them a chance to grieve the losses they’ve felt this year, said the Rev. Kim Jenne, director of connectional ministries.

The pandemic prompted the North Carolina Conference to create a three-session program led by the Rev. Lisa Yebuah and called “Manna: Soul Tending Space for Pastors.” The conference also partnered with Davidson College to offer a webinar and journaling workshop on resilience, said Leah Wiebe-Smith, director of the conference’s Center for Leadership Excellence.

The Holston Conference recently held its annual Ministers Convocation on the theme of clergy sabbath. Pastors were asked to participate in the webinar and follow up by taking a sabbath day every week of Lent, with the promise of getting continuing education credit.

The convocation organizers had come to the Rev. Kathy Heustess, director of the Holston Center for Wellbeing, and asked what pastors needed now. “Rest,” she said.

Heustess spends weekdays counseling pastors, many of them worn down by the pandemic.

“My schedule is jam-packed,” she said.

The Greater New Jersey Conference recorded worship services with sermons by Bishop John Schol to give pastors renewal time in January. The Rev. Ginny Samuel Cetuk has been going district by district, leading seminars titled “The Landscape of Loss: COVID-19 and Its Challenges to Clergy Wellbeing.”

“God gives us therapists because we need them,” she said.

Soon after the pandemic hit, the Rev. Cyndi Stouffer, pastor of the United Methodist Church at New Brunswick, started a weekly online devotional for herself and some Greater New Jersey Conference colleagues.

“It kind of hit me. I thought, ‘I’m really going to be drained if I don’t have something that pours back into me,’” Stouffer said.

Nearly a year later, the pastors are still meeting every Wednesday at 8 a.m., for 20 minutes. Sometimes just a handful tune in. But they have helped Stouffer when she has hit a wall in ministry during this pandemic year.

“They’re the people I call on when I’m struggling,” she said. “They’re the ones who know the exact right prayer or poem.”