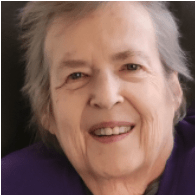 Pastor Barbara Longyear Franks, age 77, a resident of Howell, Michigan passed away and went to meet the Lord on Tuesday, November 1, 2022, in Howell. Barbara was born on November 21, 1944, in Evergreen Park, Illinois to Isaac and Virginia Franks (nee Longyear). Barbara was an ordained Methodist minister. She served at many churches in Michigan including Howell, Rose City, Churchill, LaPorte, Mapleton, Paradise, Tahquamenon, Bay Port, and Hayes. Despite a difficult childhood, Barbara found her way to college and eventually to Candler Seminary at Emory University in Atlanta, Georgia. She was ordained in the Methodist Church. She was the first clergywoman appointed in the Kentucky Conference! She was honored by the conference at the Rupp Arena, Lexington, KY, in June of 2005 for being such a pioneer in the Methodist faith. Barbara’s family includes her father, Isaac. Mother, Virginia. Barbara’s stepmother Roberta. Her stepsiblings, Samuel (Catherine) Franks, Isaac (Sue) Franks, Marshall (Donna) Franks, Harry (Connie) Franks, Gladys (Dan) Morr, and Harriet Franks. Barbara also leaves behind loving nieces, nephews, family members, and her friends, Wendy & Bill Vanwhy, Debra & Jerry Lamenola, Linda & Walter Zents, and Marie & Jim Brucker.

Please share a thought or memory with Barbara’s family at watkinsfuneralhomes.com