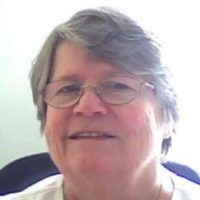 Mona grew up on a farm in Licking County Ohio, where she attended Licking Heights Public Schools and met her future husband Bill Dye in first grade, prior to finishing her schooling at Northridge High School where she was an accomplished Majorette and a member of the National Honor Society. On December 23, 1967, Mona married William “Bill” Dye and after a brief stint in Alaska together, the couple raised their family in Pataskala, Ohio. In 1995, Mona moved to Muskegon, MI with her husband, where she pastored several churches throughout the state, most recently the Wolf Lake United Methodist Church. From day one of her life, Mona had a servant’s heart and placed the needs of other people before her own, in the steps of her Lord and Savior Jesus Christ.

Mona is survived by Bill and their four children: William “Bart” (Melissa) Dye, Joshua B. Dye, Joel (Erin) Dye, Matthew F. (Stephanie) Dye; 12 grandchildren; one brother: Dean A. (Bonnie) Phillips. She was preceded in death by her mother and father, and two brothers Donald C. Phillips and Jerry Phillips.

A service to remember and celebrate Mona’s life was held Friday, November 4, at 11:00 AM at Central United Methodist Church, 1011 Second St., Muskegon, 49440. Reverend Rob Cook officiated. Visitation was held prior to the service.

Contributions in memory of Rev. Dye may be made to Missions for Area People in Muskegon Heights, MI or the United Methodist Committee on Relief (UMCOR).

Arrangements have been entrusted to The Sytsema Chapel of Sytsema Funeral and Cremation Services, 737 E. Apple Ave., Muskegon, MI 49442.