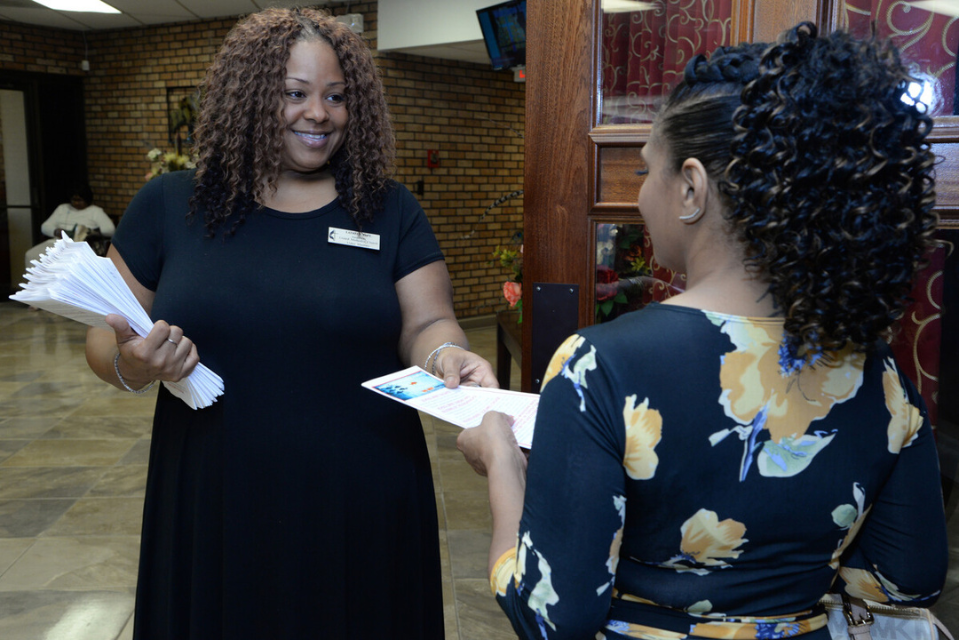 On a not-so-good visit to the church where he grew up, Ken Sloane learns a few things about hospitality and stewardship and shares them.

While traveling earlier this year, I had the opportunity to worship at the church where I grew up. It was where I was in Sunday school in the 1960s and UMYF in the ’70s, where I was part of a confirmation class, and where my family was involved in church musicals. When I got my call to ministry, this church was where I was approved as a candidate by the staff-parish relations committee. While I moved away to ministry in another conference, my parents were active here until their deaths. This is where their lives were celebrated—the most recent was my mom’s funeral in 2006.

As I drove to the church, I began to think about the impact it had on my family growing up and, on my life, particularly. I realized I had not financially supported that church since my folks were gone (I never receive any communication from them), and I wished I had thought of making a large gift.

I pulled into the parking lot a bit early—the facility and grounds looked good. I entered the church and walked past some folks, but no one spoke to me. There were no greeters or ushers in the narthex, but there were bulletins on a table, so I picked one up and found myself a seat. Again, no one said a word to me as I waited for worship to start. It had been sixteen years since I had been in this sanctuary, so not being recognized as a “family member” was totally understandable—but I expected to be greeted as a visitor. If someone had asked my name, there might have been some recognition, but that never happened.

I read through the bulletin and noticed that the offering and doxology were the last items in the order of worship—just before the postlude. I looked to see if there were any provisions for giving electronically, but saw no mention, so I dug in my pockets for what cash I had. When that time came, the organ played the doxology, and an usher walked from the back of the church up the aisle without stopping and presented the plate to the pastor. I guessed there had been some adaptations due to COVID—maybe offerings were to be left in the narthex—but nothing was said about it. At the close of the service, no one came up to me except one woman who said softly as she walked by, “There is coffee in the fellowship hall.” I walked out of the sanctuary, shook hands with the pastor, who never asked me who I was, and went straight to the car. I drove away, sad that this would probably be the last visit to a congregation which had been an important part of my life.

So, what are the lessons from my homecoming visit?

When I was growing up in that church, it wasn’t unusual to have two hundred or three hundred in worship. On the day I attended, there were about thirty people. There’s probably an assortment of reasons for that change, many of which are out of the congregation’s control. Yet it was clear to me during my visit that the church wasn’t expecting visitors. There was nothing in the bulletin to help visitors understand the service if they were new to the church. There was no instruction about the offering being received in the back, and there was no envelope in the pew rack for people to include a gift. When a visitor did come, the church was unprepared; and when there is no expectation for visitors, you seldom get a second chance.

When I was a local church pastor, there was talk in the church about how visitors didn’t like to be recognized or engaged. I understand how the practice of asking visitors to stand and introduce themselves in the service can create anxiety for many. Yet I think anyone who comes to your church needs to be welcomed by somebody—not necessarily in a public way but in a personal way. The story of my experience at my home church would have been dramatically different if someone had stopped by my seat before the service and said something: “Good morning! Good to see you. Have you worshiped with us before?” It might also have opened the door to financial support I hadn’t considered before.

When I came into my stewardship position more than a decade ago, I quickly realized the responsibility I had of encouraging churches to offer electronic giving options to their congregations. Money had already gone digital: more and more people were paying their bills online and fewer and fewer were writing checks or carrying cash. Money was going through dramatic changes, and many churches were still offering just one way to give. In some places, it took a pandemic and a complete shutdown to get churches to see the value of electronic giving. In the case of my homecoming visit, it meant the loss not only of a gift (I would have made my gift before I missed out on the passing of the plate), but possibly an ongoing donor.

I often think churches are too quick to end relationships with members and constituents who move away. There was a time when we worked hard to keep our mailing lists up to date to save on printing and postage, but in a day of emailed newsletters, it costs nothing to maintain those connections. In a relatively short period in my home church, there were five people—two adults and three young adults—who answered God’s call to full-time ordained ministry. Additionally, I’m sure there were many families whose faith became deeply rooted and was nurtured by this church before circumstances had them move away. Maintaining these connections, though requiring a little extra work, could have provided this church with a spiritual and financial boost.

I’ve been preaching this since I started my work in stewardship. Some of you reading may think that some of these observations are more relevant for the membership secretary, the worship committee, or some other group in the church. Don’t be mistaken by thinking that our responsibilities are only budgets and bills—funding mission and ministry is built on building and maintaining relationships. When someone visits your church, the possibility of becoming a supporter of your mission or even making a second visit will depend on whether that person is offered the seed for a growing relationship.

—Ken Sloane is the Director of Stewardship & Generosity for Discipleship Ministries of The United Methodist Church.