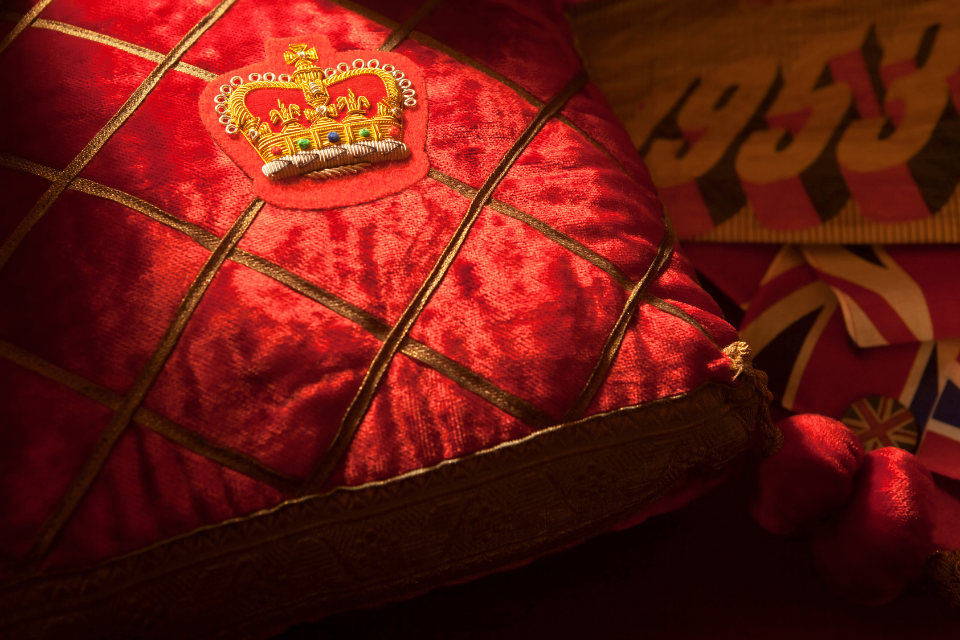 Jack Harnish reflects on the recent passing of Queen Elizabeth II and offers some wonderings about why her death touches us so deeply.

Why are we Americans so entranced with Queen Elizabeth II? I mean, we fought a war to get away from the rule of the British monarchy, so why all the affection for and obsession with the House of Windsor, the marriages and divorces, the highs and lows of the ruling family we fought to be free of? Why the outpouring of compassion over the passing of a queen who lived 96 good years, reigned for as long as most of us have been alive, and now deserves to rest in peace?

Who needs a queen anyway?

Maybe it’s the incredible pomp and pageantry, the glamour and splendor, the one thousand years of tradition, and the lingering love for the old motherland that keeps drawing us back, but I can’t help but wonder if there isn’t more. Maybe we really do need a queen, after all.

Protestants, of course, rejected the veneration of Mary in the Reformation. However, still, I wonder if there isn’t a need inside all of us to see God’s grace coming to us in the image of a compassionate Mother. Perhaps experiencing God’s presence not just as Father and King but as Mother and Queen touches something deep within the soul.

Despite the deeply rooted patriarchy of the times, the Bible includes feminine images of God—God as a mother, God as Wisdom, God like a hen caring for her chicks—and women like Esther and Ruth hold their place in Holy Writ.

The church has recently sought to reclaim that image in our language and the hymns we sing, though not without controversy. Does anyone remember the brouhaha over referring to God as “Sophia,” the female personification for “Wisdom,” following the Re-Imagining Conference* in 1993? Twenty years later, you can still expect some pushback when you sing hymns like “God of Many Names” (105 in The United Methodist Hymnal) or offer a prayer in the name of the “Father/Mother God.” But beyond the controversy, doesn’t the image of God as Mother and Queen have something to offer us?

So, that brings us back to Queen Elizabeth II.

Perhaps one of the reasons her death touches us so deeply is because she has been a kind of a mother, a grandmother, and a granny to the world. Her warmth of spirit, sense of humor, strength in the face of loss and strife, and caring touch reached beyond all the pageantry and trappings of royalty to model a humanity we need. Perhaps her passing reminds us that God’s grace is made known in human terms, made known through very human persons like mothers and grandmothers, and made known in folks like us.

Maybe we need a queen after all.

*The ecumenical Re-Imagining: A Global Theological Conference By Women: For Men and Women, held in 1993, focused on Feminist and Womanist theology, specifically the use of “Sophia,” the female personification of God, as found in Proverbs 8:22-31. See this website for more information.