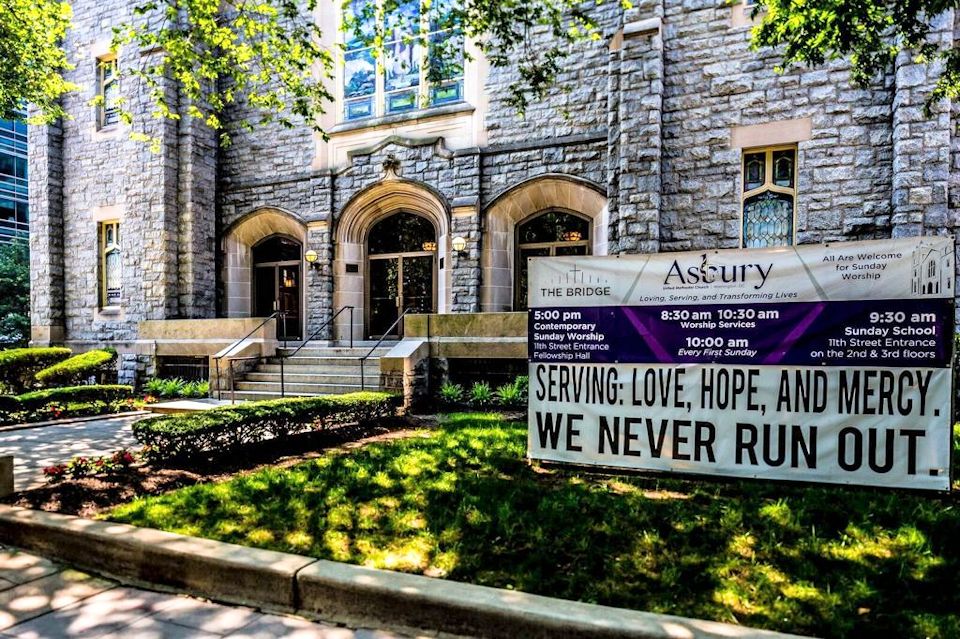 The  Anti-Bias Anti-Racism Working Group of The Michigan Conference stands in solidarity with Asbury United Methodist Church in Washington, DC, following the vandalism of their “Black Lives Matter” sign.

On December 12, 2020, Asbury United Methodist Church in Washington, DC, had its “Black Lives Matter” sign and display vandalized after a day of demonstrations. This sign was taken from the property of Asbury United Methodist Church. Similar signs were also taken from two other congregations in Washington, DC: Luther Place Lutheran Church and Metropolitan African Methodist Episcopal Church. We lament this horrific assault on the people of Asbury as well as the entire faith community.

As the Michigan Conference Anti-Bias and Anti-Racism Working Group, we stand in solidarity with and support the Rev. Dr. Ianther Mills and the people of Asbury United Methodist Church. As members of the global United Methodist connection, we feel acutely in this moment, the Rev. Dr. Martin Luther King Jr.’s words: Injustice anywhere is a threat to justice everywhere. We are caught in an inescapable network of mutuality, tied in a single garment of destiny. Whatever affects one directly, affects all indirectly.  We support the Rev. Dr. Mill’s public statement of December 13 and its call for prayer and deeper commitment to anti-racism and building a beloved community. We also acknowledge that many of our Michigan Conference congregations have also experienced similar theft and vandalism. We join the voices around our United Methodist connection and deplore any acts of intimidation, violence, and cruelty to agents and institutions of racial justice and equality.

This Advent season, we invite all Michigan United Methodists to prayerfully commit to pursuing paths of peace and do all possible to eradicate systems and practices of racism, bias, and inequality. We encourage you to use these Advent Anti-Racism Resources as a beginning.