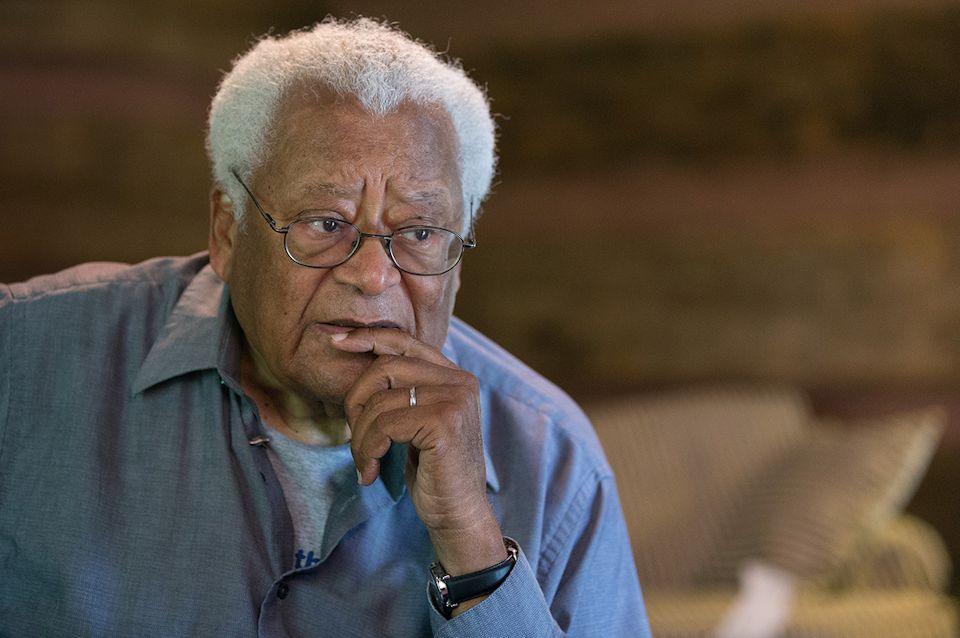 The Rev. Dr. James Lawson spoke at the funeral service of John Lewis held at Ebenezer Baptist Church in Atlanta on July 30, 2020. Lawson and Lewis had a lifelong bond in advancing the cause of justice. ~UM News photo/Mike DuBose

Rev. Dr. Kevin Smalls celebrates the work of civil rights giant, Rev. Dr. James Lawson, after reading a comment on Facebook about a white-haired man at the funeral of John Lewis.

Following the funeral service for John Lewis on July 30 at Ebenezer Baptist Church in Atlanta, I ran across a comment on Facebook. Someone suggested that the man with the white hair, who spoke at the service, was talking in circles. The writer of the comment admitted he, “didn’t even know who he was.”

Let me help with this …

Dr. Jim Lawson was the organizing brain that put together the effort known as the non-violent movement of the United States aka, the modern civil rights movement. To the person making the comment, I say … The only reason you are able to crack those crab legs at Red Lobster, sit at the counter at Coney or the Waffle House; the only reason so many of you were able to go to daycare (Headstart) without breaking your young parent’s bank wide open; and the only reason why this November 3rd will include your legal right to participate in casting your vote without getting your skull split open by a baton-wielding law official, is in part, because of that white-haired man.

Lawson was the primary instrument to train freedom workers in the concept of nonviolence.

So, the last thing he did at the funeral of John Lewis, was talk in circles. Actually, he talked in a straight line, reshaping the fanciful American interpretation of the civil rights movement to the real nonviolent movement of the United States. He reshaped the legacy and work of John Lewis, placing him and it in its correct political framework. 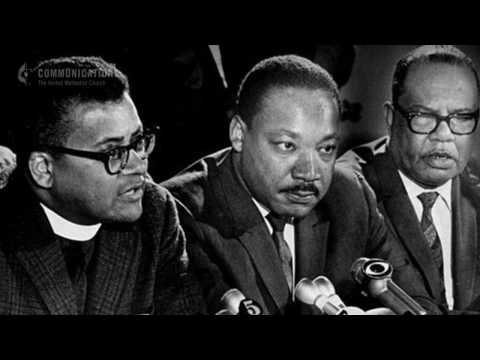 This video produced by United Methodist Communications features the Rev. James M. Lawson, who has been called the “architect of the nonviolence movement” in America. Lawson trained the young people whose peaceful witness at lunch counters in the South sought to end segregation. At age 88 at the time the video was filmed, Lawson looks back at the pivotal moments that shaped his life and ministry.

That entire funeral was the gathering we needed, as a people, to remember who we are and to be reminded that the struggle is not over. That entire funeral was a clear message to the White House and to much of America that the Black voice is a voice still heard in the distance from ships carrying weary slaves (not immigrants), to build a country that wasn’t theirs or their captors. The voices of freedom still demand it and we ain’t going nowhere. We will not be intimidated, we will not back down and we will not be deterred.

The only reason why we could forget that we haven’t overcome is that these leaders have found the path to give many of us life so comfortable that we forgot that we are still left behind, hated, disregarded, and treated as a mere shoeshine boy (or girl) no matter how steep our educational background or economic status.

Because of James Lawson, we were reminded that just because we are at the table, we can not forget its just the kitchen table and not the main dining room table in the house of these 50 states. There is more work to be done.

In 1962, James Lawson, a Methodist Minister, was appointed to a church in Memphis, TN as its pastor. While there, he helped organize and advocate for the sanitation workers in Memphis. In 1968, he called upon his friend, Dr. Martin Luther King, Jr. to come and speak to the cause and to the effort there. King went once and the entire event was a disaster loaded with violence and chaos. King insisted on going back to try again, at which time he met the fateful end of his earthly sojourn on April 4, 1968.

Please, learn who James Lawson is and before you go to bed tonight, thank God that we have just a few more left to tell us the story of our weary years and silent tears. It’s a story that we inherit and that we must carry on.

Learn your history or you’ll be doomed to repeat it!

Watch the video to review the work of Dr. James Lawson, a ministry that began long before his hair ever turned white.