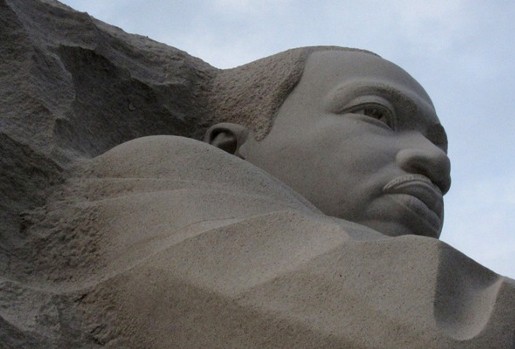 A young adult missionary serving in Detroit reflects on the Civil Rights Movement … past and present.

Recently, I’ve been watching CNN’s Documentary series, The Sixties. In this series, commentators discuss events unique to the United States in the 60’s: the Cold War, the Vietnam War, Rock ‘N Roll culture, the moon landing, and the influence of television on life in the U.S. Despite all of the historic changes that took place in the 60’s, the Civil Rights Movement remains the epitome of 1960’s culture.

In January our country celebrated the life of the Baptist preacher turned civil rights activist, Reverend Doctor Martin Luther King, Jr. My generation grew up learning about the heroic nature of civil rights era leaders and the monumental efforts, sacrifices, and acts of non-violence that went into achieving an unprecedented amount of progressive political change in a time marred with racial tension. I confess that my privilege as a white male allowed me to believe that the Civil Rights Movement existed and ended in the past, that progress had been made, and that our society was continuing to move toward equality.

Yet, the political actions of the new administration and the reactions of the public in the months following the election have confirmed a different reality that I had only suspected, but continued to deny on false hopes. The truth is, The Civil Rights Movement never ended. In fact, the movement faces new, sobering challenges 50 years after its historic victories.

I found it hard to focus on the January celebration of Dr. King’s life and legacy when, at the end of that same week, our country elected a man whose values and beliefs starkly contrast those of Dr. King. Where Dr. King stood for recognizing the humanity in all people, the new administration has made it clear that only certain groups of people have value in American society.

I remember the feelings I had the day after the election, where so many people were not only disappointed in the outcome of the election, they were frightened. Going to work the following day was one of my hardest days in Detroit. I work with a vulnerable population whose livelihoods and opportunities are often dictated by the pen strokes of those in government positions. On that day, I shared the confusion, the anger, the hurt as we saw that not only President Trump, but millions of Americans could not accept the equal worth of human beings who were different from themselves.

It these last few months I have truly experienced the lows of hopelessness. Too many mornings I came awake to news stories detailing the mismanagement of our government. Too often I have heard speeches filled with generalizations and false promises to, “Make America Great Again.”

This diverse, loving community is built simply on love for other human beings, regardless of what groups society tells us we belong to. Building this community provides the impetus for social action and change. Without these communities, the justice movement loses its transformative power. Community professes a new truth: we are beloved individuals and hate cannot break what love has bonded together. In order to create change that lasts, we must first remind ourselves and others of our common humanity. Only then will we feel compelled to stand up for one another, because we fight not for the rights of “others,” we fight for the rights of our new friends and neighbors.

Since coming to Detroit, I have seen glimpses of what this beloved community might look like. Urban gardens that bring people out of their homes and into relationship with nature and one another. Letter writing groups have emerged since the election to remind our political representatives of their duty to serve ALL of their constituents. Through community programs such as Detroit SOUP, the community gathers to hear and support ideas and creativity that can help aid our society.

As the Civil Rights Movement continues forward, may we remember that behind every Rosa Parks, every Million Man March, every march from Selma to Montgomery, there is a need to build a new community. Communities that will continue long after the events of our present days find themselves written into our social history.

* The Global Mission Fellow program of The United Methodist Church is a 2- year mission opportunity for young adults ages 20-30. This program allows for transformation and leadership development to take place while addressing roots of social injustices with other young people from around the world. Learn more here.