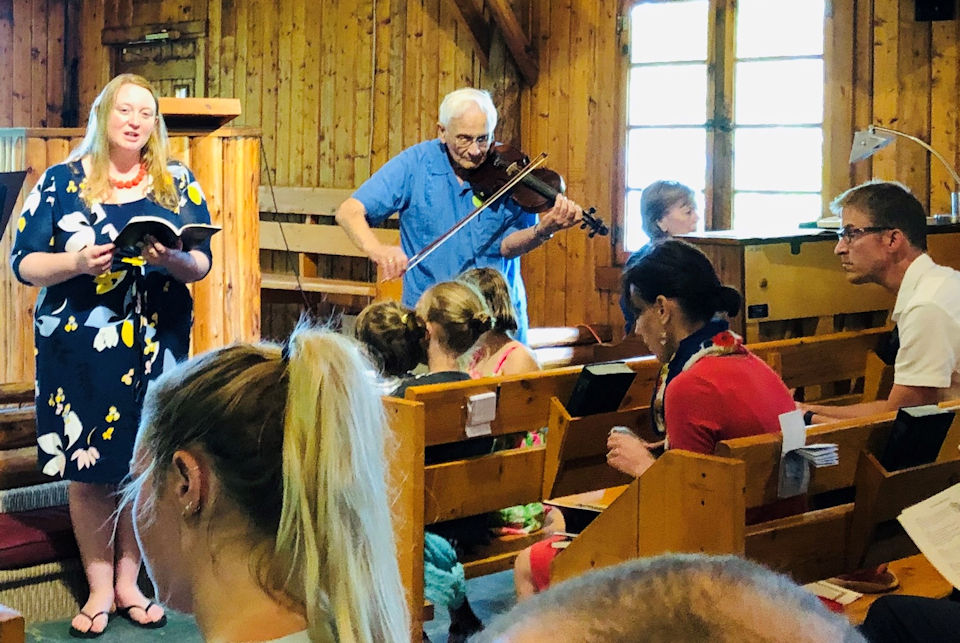 Motor City Wesley hosts a podcast called, “Here from There.” These conversations with church leaders are meant to stir the faith and guide the path of listeners.

In a podcast series titled, “Here from There,” Motor City Wesley “explores the faith formation experiences of current church leaders back when they were young adults.” The Rev. Carl Gladstone interviews the guests. “We ask them to reflect on their stories for the benefit of young people going through similar experiences today,” Carl explains.

The second podcast in the series features, “Ted Halsted on India and Memoirs.” Carl sat down with Rev. Ted on July 11, 2019 at Lake Louise, where Halsted, “at 90-something,” is one of the pioneer campers and cottagers.

The conversation relates how Ted’s experiences in the early 1940s, with camping and the MRA (the Moral Re-Armament movement), shaped his young life.

“I responded to a sense of call whether to pastoral ministry, missionary service, or as an educator 76 years ago in this fire bowl right here at Lake Louise,” Ted recalls.

He goes on to explain what happened following his graduation from DePauw University, Halsted saw an appeal from the Methodist Board of Global Ministries: “Wanted! 50 college graduates age 35 or under. Mature Christian faith. For mission service in India and Pakistan.” Ted tells Carl, “This call for volunteers struck a chord in me and I applied.”

Halsted makes the point that this Methodist and Presbyterian missionary recruitment after World War II was noticed by leaders in the U.S. government and would later inspire the formation of the Peace Corps.

Listen to the rest of Ted’s story in the 35-minute interview available here.