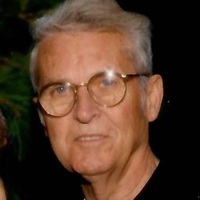 Harvey M. Weaver, 94, of Hart, Michigan, passed away at home January 28, 2022, surrounded by family.  He was born in Chalmers, Indiana, to Sylvia and Ross Weaver.

Harvey was a 1946 graduate of Delphi High School, in Indiana.  He got his first experience teaching between high school and college as an Army Signal Corps Morse Code Instructor. After coming home from Korea, he decided to go into teaching, following in his three brothers’ footsteps.  Harvey earned his Bachelor of Education Degree and Master’s at Western Michigan University. While there he played football, track, and basketball.  Harvey was a teacher and coach in Dowagiac for four years.  He finished his teaching and coaching career in Hart after 35 years. He also ran the summer Youth Recreation Program with baseball, archery, tennis, and swimming programs.

Harvey volunteered for 15 years as the Oceana Red Cross Chapter Swimming Program Director. He also served as athletic director. Harvey officiated track & field and cross country for 55 years. He was inducted in the Michigan High School Coaches Association Hall of Fame in 2009.

Funeral services will be at 11:00 AM, Saturday, February 5, 2022, at Hart United Methodist Church, 308 South State Street, Hart, Michigan 49420. Visitation will be from 5:00 PM to 7:00 PM, Friday, February 4, 2022, at Beacon Cremation & Funeral Service, King-Hart Chapel, 2370 N 72nd Avenue, Hart, and Saturday from 10:00 AM until time of services at the church. Harvey Weaver’s funeral service will be available on the Hart United Methodist Church’s Facebook page, on Saturday.

Memorial contributions may be made to Susan G. Komen in memory of Darcy (Weaver) Slagh for breast cancer research, who lost her battle to breast Cancer in 2000, at the age of 40.