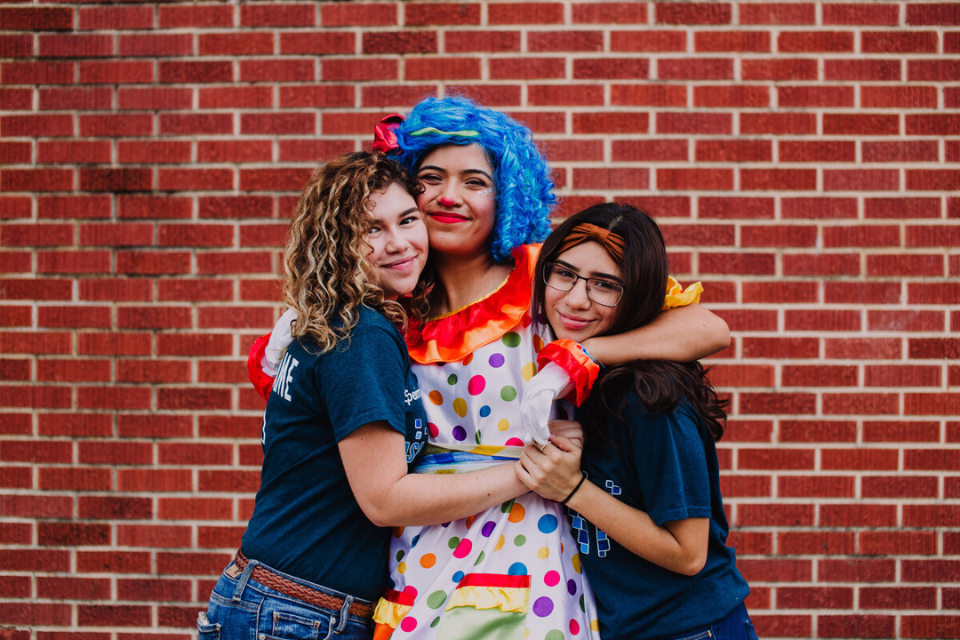 National Hispanic/Latinx Heritage Month is from September 15 to October 15, and here are some ways to celebrate the contributions and positive impact Hispanic/Latinx Americans have had and continue to have on this nation.

In the United States of North America, many of our churches, and our nation in general, have a lot to celebrate, observe, and remember. We will never forget the terrorist attacks perpetrated against us on what is known as 9/11. We observe November 11 as Veterans Day to honor those who served in the uniformed services. During the year, there are other celebrations that last a whole month, such as Black History Month in February.

As North American people, we know that our nation, in addition to Native Americans, has added to its tapestry many different cultures brought by ancestors from all around the world. And still, today, we keep adding to this melting pot. Many of those cultures are from Hispanic/Latino countries, or the border encapsulated them to become part of our nation. The people of Puerto Rico, like me, also became U.S. citizens a long time ago due to political strategies.

Thus, we must be clear that there is a rich mix of cultures among Hispanic/Latinx people. We’re not all the same. Millions are living in our land, and a good number of them, who were not born here but for whatever reason live on this soil, have pursued citizenship. They’ve had to fulfill immigration regulations and laws to change their status, in many cases to that of refugee, obtained work permits, obtained permanent residence, and eventually gained U.S. citizenship.

Let’s consider the unique situation of Puerto Rico. U.S. law declared in 1952 that all persons born on or after January 13, 1941, subject to the jurisdiction of the United States, are citizens of the United States at birth. Nonetheless, we maintain and celebrate our distinctive cultural identity, or puertorriqueñidad, and yet are identified as Hispanic/Latinx in this country.

The United States is made up of and celebrates a vast diversity of socially constructed groups, identified as races and ethnicities. One of those big celebrations happens every year from September 15 to October 15. It is our National Hispanic/Latinx Heritage Month!

We have been observing National Hispanic/Latinx Heritage in the United States since 1968, under Lyndon Johnson’s presidency. The celebrations started by observing a week to honor our richness. Some years later, during Ronald Reagan’s administration, it was expanded to a whole month.

Initially, the observance happened during the month of October. Later it changed because several Latin American countries commemorate their independence from Spain’s colonial regime on September 15. To accommodate them, National Hispanic/Latinx Heritage Month was changed by law in 1988 and now goes from September 15 to October 15.

In alphabetical order, we can mention Costa Rica, El Salvador, Guatemala, Honduras, and Nicaragua as those countries celebrating their independence on September 15 and Mexico on September 16. According to Jonathan Borge and Samantha Vincenty, in their article “What Is Hispanic  Heritage Month–and Who Celebrates It?”: “While you never have to wait for an annual event to take pride in your ethnic background, for Hispanic Americans, the purpose of those four weeks is to honor their respective cultures and the histories behind them. And by ‘Hispanic Americans,’ we mean those who self-identify as Hispanic. (The terms Hispanic and Latino are not quite interchangeable, though many people identify as both.)”

You may choose to embrace National Hispanic/Latinx Heritage Month with any number of activities, including enjoying food native to the many countries and territories. You might want to learn about and highlight scientists’ contributions, and the influence of figures from sports, the arts, and music. You could enjoy films like Disney’s Encanto and In the Heights, based on Puerto Rican Lin-Manuel Miranda’s Tony award-winning musical. We can lift up Supreme Court Justice Sonia Sotomayor, baseball legend Roberto Clemente, and others, like the Mexican American labor leader and civil rights activist Cesar Chavez. The list can go on and on.

The bottom line is that the celebration of National Hispanic/Latinx Heritage Month was enacted to affirm and recognize the contributions and the positive impact Hispanic/Latinx Americans have added to the history of this country, whose ancestry comes from a variety of places, including Spain, Mexico, and countries in Central America, South America, and the Caribbean.

I encourage you to arrange for a joyfully bright and decorated space to recognize, honor, and celebrate our contributions. You might want to add a poster or display that highlights influential Hispanic/Latinx Americans and their achievements.

Here are a few places to find resources for celebrating National Hispanic/Latinx Heritage Month and supporting ministry with Hispanic/Latinx persons in your congregation:

You can also give online via this secure link.

For questions regarding our Hispanic/Latinx Ministries and how to support them, please get in touch with Sonya Luna at [email protected].

I invite you to join me in the prayer below to the Creator of only one human race, as you start your events and celebrations honoring this heritage month.

Maker of heaven and earth, you rule over all the nations. As we think of your unfailing, eternal, enduring love, we look forward to the day when we will worship you in eternity. Your throne will be surrounded by people from every tribe, tongue, and nation, all testifying that you have remained faithful. We will all see that you have kept every single promise you made. We will all see your goodness and grace. We will all be transformed by your glory. We ask that we would glimpse that glorious future as we gather today. Through Jesus Christ, our Lord, Amen. (written by Natalie Regoli)