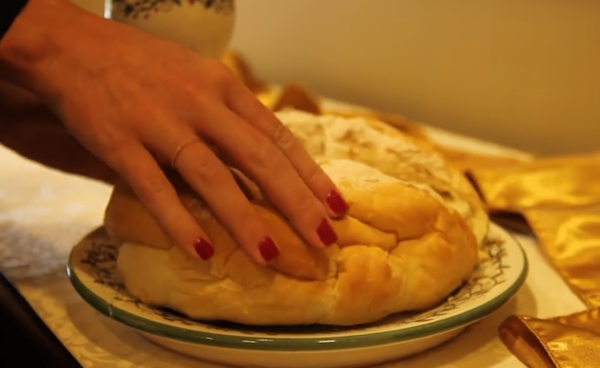 #HerTruth video project tells a sobering story about discrimination against women in ministry and offers resources to help the church uphold its standards of equality.

“If I was given a dollar for every time I was told I’m too pretty to be a pastor, I could pay off the church building debt.”

It almost sounds like a joke. But those words reflect a painful reality for the unnamed clergywoman quoted in a video — “#HerTruth: Women in Ministry Break Their Silence” — produced for the North Alabama Conference’s Commission on the Status and Role of Women.

The fact that a man reads her words in the video drives the point home.

The Rev. Stephanie York Arnold, associate pastor of First United Methodist Church in Birmingham, who led the video project and serves as its narrator, says she gathered some male allies to help everyone — not just women — hear its message.

Arnold, 38, learned about those struggles firsthand. “It began for me with my own experiences, finding language to name what I had experienced over time in ministry,” she said.

That led her to check out the sexual ethics web page of the United Methodist Commission on the Status and Role of Women.

She found assistance through the agency and later was invited to speak at the Commission on the Status and Role of Women breakfast during the 2016 North Alabama Annual Conference meeting. After people started asking for copies of her speech, the conference commission asked about doing a video.

Arnold agreed and brainstormed with two young men she knew who are experienced in videography. As she notes in #HerTruth, when women in the North Alabama Conference were asked to confidentially share stories of harassment, abuse and discrimination, “we received far more than we could share with you in this video.”

The stories are hard to hear, but even more difficult for those who experience them, she says in the video. “I can tell you from personal experience it can leave you vulnerable, isolated and ashamed. You can even begin to question your own identity.”

Arnold’s mother, who worked in the electronics field, also encountered discrimination. “I remember her telling me, at age-appropriate times, stories of things she had to live through,” she said. What she feels she can do for her own 12-year-old daughter and 10-year-old son, she added, is to make sure “that their journey is a little bit easier to navigate when it comes to equality.”

#HerTruth cites support of women’s equality in The United Methodist Book of Discipline, but Arnold also offers a pastoral message about the biblical roles of women and their prominence “within the encounters and healings of Jesus.” Despite an “oppressive first-century culture, she says, “Jesus elevates the role of women and he invites the disciples and the church to do likewise.”

Statistically, women have fewer pastoral career options than their male counterparts, particularly in prestigious positions, such as senior pastors at large-member churches. Only about 2.2 percent in that category are women.

Some of the comments Arnold received from clergywomen dealt with a common theme: “Women are really very often underpaid compared to their male counterparts.” In the North Alabama Conference, on average, female elders earn 28 percent less than male elders.

“I was offered a significant raise by my church when I became the senior pastor. But the bishop at the time had the church reduce my salary by $5,000. The bishop told me it could be bad for my husband’s self-esteem if I made so much money since my husband was clergy as well, that it might be hard on our marriage.”

While it can be hard for female pastors to advocate for higher pay, she says, not valuing women equally lets the church off the hook. “I can’t be blessing others with what I’m not given,” she points out. “I should always advocate for my worth and then I should be generous with what I get.”

Arnold also points to the value of the support the Commission on the Status and Role of Women provides and uses the video as a thank you to all the women who have forged a path for their sisters in the church. “Together, it is our job to continue to pave the way so that each of us feels empowered to achieve our God-given call.”