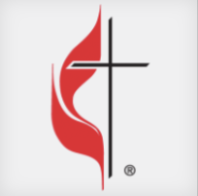 Bonny was born January 11, 1937, in Birch Run, to the late Thomas and Loretta (Wetmore) Bowns. She attended Kearsley Community School and Garrett-Evangelical Theological Seminary where she received her bachelor’s degree in religious studies. In 1952, Bonny married William Hunt and they shared 25 wonderful years. William preceded her in death in 1977. In 1978, she married Jack Lancaster and together they shared 26 years before he preceded her in death in 2004.

Bonny began her career as a minister in 1992, and was a pastor with Fostoria, Silverwood, & Mayville United Methodist, Macon United Methodist, and West Vienna United Methodist where she retired. In her early years, Bonny was a member of the American Federation of the Blind and Eastern Star. She kept her hands busy with spinning, quilting, crocheting, and sewing. Bonny enjoyed spending time with her family and loved her grandchildren dearly. She liked to travel and at one time visited the Jordan River where she collected water for her grandson’s baptism. Above all, she was a wonderful woman who will be deeply missed by all who knew her.

Bonny is survived by her children: Linda (Lawrence) Gambino-Hunt and Terry (Alison) Hunt; Grandchildren: Lauren, Lindsey, William, and Alissa; Great-grandchildren: Eleanora and Mia; Siblings: Sandra, Susan, and Michael. She was preceded in death by: Parents; Husbands: William and Jack; Siblings: Lorna and Thomas.

Honoring her wishes, cremation will take place and no service will be held at this time.

Arrangements are in the care of O’Guinn Family Funeral Home