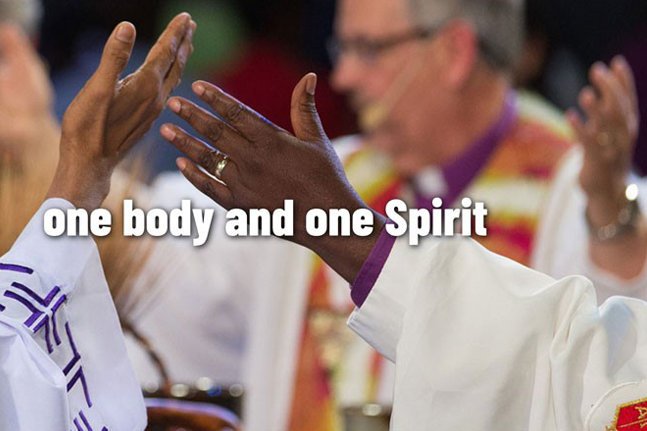 United Methodist bishops say they want to provide information to help delegates preparing for the 2019 General Conference. Since its introduction the new site has received both pushback and support.

December 11, 2018 | UMNS — A group of United Methodist bishops who support the One Church Plan has put together a website to answer questions about the proposal, one of multiple possibilities before delegates to the special General Conference in St. Louis.

A majority of the Council of Bishops in May recommended the One Church Plan as a way forward through the denomination’s long-time debate over homosexuality. The plan would leave questions of LGBTQ ordination up to conferences and same-gender weddings up to local churches and individual clergy.

“If we have affirmed the One Church Plan but do not interpret or define it, it will be defined by those who do not support it — on the right and the left,” said Bishop Kenneth H. Carter Jr., one of the contributors to the new site onechurchplan.org.

“This is fundamental to our teaching office and our promise to seek unity.”

Carter, who leads the Florida Conference, is the president of the Council of Bishops. However, the new website is not the work of the full council but a subset of episcopal leaders. Among the contributors featured on the site are Bishops Cynthia Fierro Harvey, Sue Haupert-Johnson, LaTrelle Easterling and Robert Schnase.

The site includes a “Frequently Asked Questions” page, a summary of the plan, blogs, videos and podcasts featuring interviews with various bishops about their support. While most of the content, such as the blogs and videos, can be found on other sites, the bishops wanted to put the information in a central location.

“The offering of teaching resources is in the spirit of our ongoing motivations — to help the delegations to do their best work as they prepare for St. Louis and to make every effort to maintain the unity of the Spirit in the bond of peace (Ephesians 4:3),” Carter said by email.

In the design and hosting of a website, bishops said, cost-saving measures were employed and in-kind donations of time and service were accepted. No funds from any annual conference, episcopal office or the Council of Bishops were used.

The Council of Bishops called the special session of the denomination’s top lawmaking assembly in St. Louis to act on a report from the 32-member Commission on a Way Forward. The report includes legislation for three plans that offer different directions for the denomination’s future — the One Church, Connectional Conference and Traditional plans.

The 2016 General Conference voted for the bishops to form the Way Forward Commission to look for ways to foster church unity after rumors of a potential denominational split reached fever pitch. Most of the same 864 clergy and lay delegates will be back for the 2019 special session.

Harvey said the new website “is an appropriate facet of the teaching office of bishop, and fulfills our mandate of spiritual leadership from the 2016 General Conference.”

The new website “is an appropriate facet of the teaching office of bishop, and fulfills our mandate of spiritual leadership from the 2016 General Conference.” ~ Bishop Cynthia Fierro Harvey

Currently, the denomination officially prohibits “self-avowed practicing” gay clergy and the blessing of same-sex unions. But a number of United Methodists have publicly defied these prohibitions.

The Traditional Plan would keep the restrictions and strengthen enforcement. The Connectional Conference Plan would amend the denomination’s constitution — a high bar — to reorganize the denomination based on views around LGBTQ ministry. Other legislative petitions, beyond the three plans in the commission report, also could be under consideration at the special session.

Leaders of the Western Jurisdiction, which encompasses conferences that have long challenged prohibitions related to homosexuality, have endorsed the One Church Plan. They also pointed to the new website as a resource that offers clarity.

However, some supporters of the Traditional Plan raised concerns on Twitter that the new website violates these bishops’ commitment to ensure delegates “that we are acting transparently and not orchestrating or manipulating the process toward a desired end.”

Bishops do not have a vote at General Conference, but they do preside during the assembly’s plenary sessions.

“The bishops will preside over very important and delicate deliberations,” said the Rev. Jorge Acevedo on Twitter. “On my estimation, it does not foster a culture of trust.”

Acevedo, lead pastor of the multi-campus Grace Church in southwestern Florida, is a member of the Commission on a Way Forward. The commission has concluded its nine meetings but will be making a presentation at the special General Conference.

He told United Methodist News Service that another concern he has is for fellow traditionalists around issues of homosexuality.

“The bishops’ strong advocating for the One Church Plan says to many traditionalists that a large number of bishops do not see a place for those of us who hold these sexual values as issues of conscience in the bishops’ vision of the future of the United Methodist Church,” he said by email.

Fellow commission member Dave Nuckols offered a different take both on Twitter and in an interview. Nuckols, General Conference delegate from the Minnesota Conference, said the bishops are offering information delegates can use in evaluating the plans.

“General Conference asked bishops to lead,” Nuckols told UMNS. “And they’ve made a very large, concerted to help lead the church in a difficult time. They created the commission and collaborated with the commission, so we could do our work.”

To urge the bishops to be silent now that the legislation is public, he said, “would be depriving the church of information it needs such as why they recommend the One Church Plan and how they will implement contextual differentiation.”

Bishops who support the One Church Plan say they see the plan as a way to protect freedom of conscience among United Methodists of varied theological views.