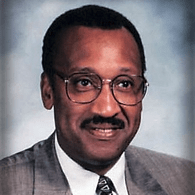 Andrew was born in Chicago, IL on August 3, 1936, the fifth of eleven children born to Thomas Howard and Cora Jackson. Andrew grew up in White Cloud, MI, and graduated from White Cloud High School. He attended Albion College and Ferris State University, earning his Bachelor Degree, before continuing on to Michigan State University, where he earned his Master’s and his Education Specialist Degrees. As a teacher, Andrew taught at Tri-County Public Schools in Howard City, MI, and Big Rapids Public Schools. He went on to serve as a school administrator at Kentwood Public Schools. During his time at Kentwood, Andrew attended Garrett Evangelical Theological Seminary at Northwestern University, where he earned his Masters of Divinity.

In addition to being a dedicated educator and pastor, Andrew was also a talented singer and often served as a soloist in the life of the church. A significant part of Andrew’s ministry for both him and his family was their involvement in the Lake Louise Camp Community, where Andrew loved serving as a camp counselor for the senior high youth. Later in his ministry, Andrew served as a chaplain for the Michigan State Police and enjoyed filling the pulpit in several area churches.

The family will greet visitors on Friday, November 11, from 3 – 7 pm at Stroo Funeral Home, 1095 68th St. SE, Grand Rapids. The funeral service will be held at 1 pm Saturday, November 12, at Grandville United Methodist Church, 3140 Wilson Ave. SW, with Pastor Ryan Wieland officiating.  There will be visitation prior to the service from 12 – 12:45 pm at the church. Interment will be in Winchester Cemetery.

Memorial contributions may be made to the Lake Louise Camp Community, Camp and Retreat Center in Boyne Falls. MI.

Condolences may be given online at Stroo Funeral Home.