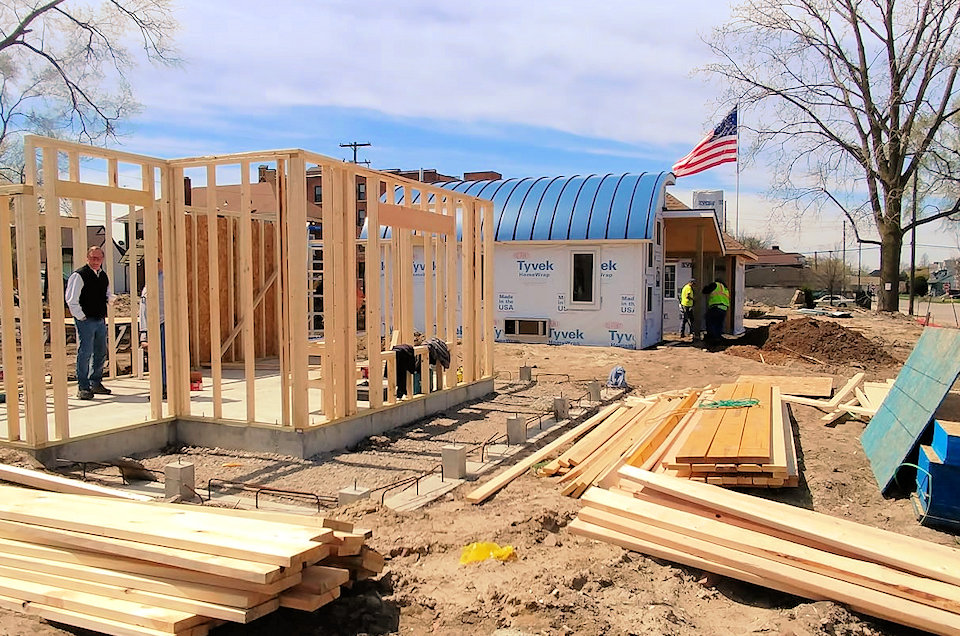 In April 2019 six more Tiny Houses were under construction in Detroit. These homes will be finished and ready for touring at an Open House scheduled for Labor Day weekend. ~ Facebook/Cass Community Social Services

On July 31 ABC News was in Detroit taking a look at “Housing Crisis Solutions.” Meet Robert Prince, a new householder in one of the Tiny Homes available through Cass Community Social Services.

Robert Prince is 62-years-old and says, “I’m on the right track.” He opened his door to let ABC News tour his Tiny Home. He told the reporters, “I’m so happy I can call something mine.”

In addition to meeting Mr. Prince, the news segment also introduced Morgan Williams, General Counsel of the National Fair Housing Alliance. Williams talked about aspects of home ownership in the U.S. and concluded, “Everyone should have a fair shot.”

Cass Community Social Services envisions a community of 25 Tiny Homes, and they are well on their way to fulfilling that goal. At present 13 Tiny Homes are occupied and another six are in the final stages of construction.

These six newest Tiny Homes will be showcased at an Open House scheduled for August 30, 31, and September 1. This is a fund-raiser and reservations are necessary. Click here to reserve your spot at the Open House.

Cass Community Social Services is a Michigan Project included in EngageMI of The Michigan Conference of The United Methodist Church.