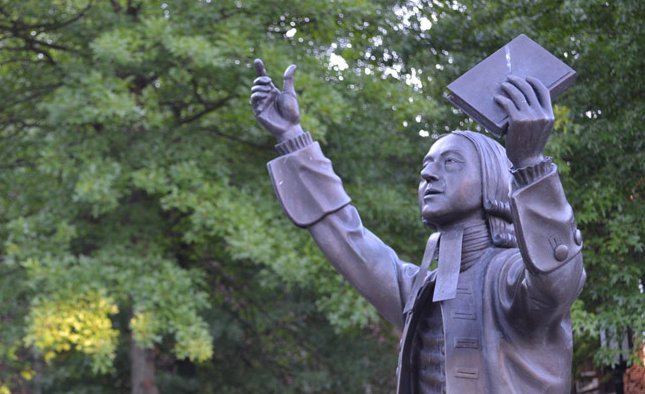 Asbury Theological Seminary remained the most predominant institution among ordinands, with 57 individuals, or 13 percent, in 2015.

Increasing number of clergy are receiving their seminary degree from a United Methodist-affiliated institution.

Almost two-thirds of the deacon and elder ordinands for The United Methodist Church in 2015 received their seminary degree from a United Methodist-affiliated institution. This represents the highest concentration of ordinands from UM institutions in recent years, according to a report by the General Board of Higher Education and Ministry (GBHEM).

“These study results are a testament to the resources and support being given at an annual conference level and at a local church level. A denominational emphasis on young clergy will be a factor in continuing this trend in a positive direction,” Cape adds.

Each year, all UMC annual conferences complete a “Business of the Annual Conference” report. This report includes the names of the individuals ordained as a deacon or elder in the conferences that year, as well as the seminary that awarded the degree for each person. GBHEM has been collecting this information over the past several years to better understand where ordinands in The UMC are receiving their seminary education.

A total of 108 ordinands, or 25 percent, received their degrees from other institutions besides Asbury and the United Methodist schools. The two among the others with the greatest number were Hood Theological Seminary with 11 graduates, and Vanderbilt Divinity School with 9.

“At GBHEM, we regularly receive feedback from Boards of Ordained Ministry that their strongest candidates tend to be graduates of the United Methodist seminaries,” said Rev. Myron Wingfield, associate general secretary, Division of Ordained Ministry at GBHEM. “If that is the case, it is even more encouraging to see the continued uptick in ordinands emerging from our 13 schools of theology.”

“UM-affiliated institutions make many different contributions to the mission of The United Methodist Church. The report only examines one type of contribution and does not intend to suggest the value of some institutions over others based on a single metric,” said Dr. Mark McCormack, director of Research and Evaluation at GBHEM.

“It’s good to see positive changes from year-to-year, as with the increase in percentage from 2014 to 2015, but it’s even more encouraging and compelling to see a clearly discernible upward trend over a longer period of time,” McCormack said. “Being able to see this upward movement over a period of seven years gives us a greater degree of confidence in saying there’s something happening here.”