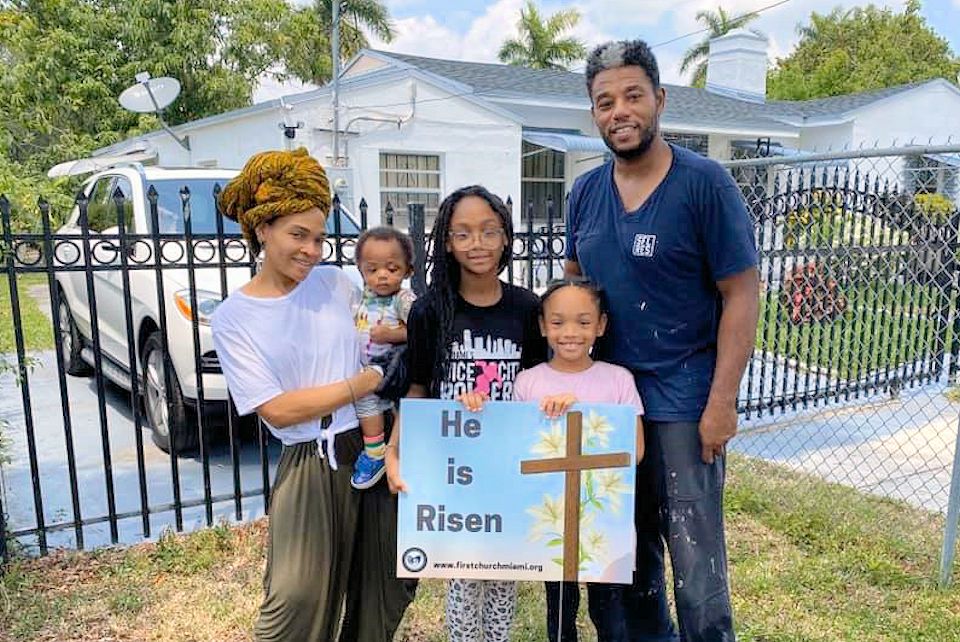 Church leaders guiding their flocks through the pandemic say some hopeful responses to the emergency might help point the way to the future. Rev. Alex Plum is among those commenting.

The statistics are grim, but United Methodists in the U.S. have engaged the COVID-19 pandemic with an emphasis on providing good information, helping those in need and offering inspiration for a stressful time.

That is true even in recent hotspots for the coronavirus like Detroit, New Orleans, Chicago, and Miami. The states of Michigan, Louisiana, Illinois, and Florida are among those with more than 20,000 cases of the coronavirus.

“It is grim,” said Bishop Cynthia Harvey, resident bishop of the Louisiana area. “I often think about the people who clean hospitals, those who work in the laundry. I don’t want to forget those people. They’re on the front line in different ways.

The church in Louisiana has some experience dealing with disasters, including hurricanes and flooding.

“This is the hardest work any of us have ever done. When we say that in Louisiana, that’s a lot,” Harvey said.

COVID-19 cases in Louisiana and New Orleans were beginning to slow after a surge later in March.

The church can help flatten the curve of the virus, said Plum in Detroit, by being “a place of hope, honoring and following the advice of our governor and our leaders to shelter in place and to not go out in public as much as we can.

“But if we can do that in a way that breeds positivity and be a light out in the world, I think we are contributing in many ways to the flattening of that curve folks talk a lot about,” he explained.

In Florida, First United Methodist Church of Miami delivered double-sided signs for church members to display in their yards. One said “He is Risen” and the other “Wash your hands and say your prayers because germs and Jesus are everywhere.”

“We just try to bring a little laughter and levity to the situation we’re in, said the Rev. Audrey Warren, pastor. “Trying to do the most we can to help everyone feel connected in some way.”

First United Methodist Church of Miami is also distributing meals to homeless people three times a week and has made a contribution to a restaurant that is serving meals to the homeless every night.

According to the Miami Herald, the number of reported COVID-19 deaths in Florida spiked by 72 on April 14. Miami-Dade County’s total of 143 deaths is the highest in the state.

Some pastors in the Chicago area have quickly learned technology that allows for live streaming and posting taped services online, said Bishop Sally Dyck, resident bishop of the Chicago area.

“Clergy and churches have been trying to keep people’s spirits up and to provide spiritual content and value to people’s lives during this time,” she said.

“They’ve been doing Bible studies and chats with the pastor. One of my pastors is incredibly musical and gifted and sings in a group, and so he hosted an open mike night where people would come on and sing.” All those efforts are online.

Funerals are completely different during the pandemic, said the Rev. Kimberly Davis, a police department chaplain in Chicago.

“We are a gathering people,” Davis said. “When we grieve, we grieve by holding one another or hugging one another or shaking hands or just standing near. … It’s a challenge to want to go and hug someone when you see them crying or you see their heads are low and not be able to help in that way.”

In New Orleans, the Rev. Johnathan Carlton Richardson, pastor of Cornerstone United Methodist Church, said one of the church’s important roles is to be a clearinghouse of good information.

“Information is power, and if you don’t have the right information, then you are not empowered,” he said. “We are a reputable source of information that people can trust.”

Richardson has posted videos on Facebook with a physical fitness trainer and a nurse to help church members care for their mental, physical and spiritual health while stuck indoors.

“If we can [shelter in place] in a way that breeds positivity and be a light out in the world, I think we are contributing in many ways to the flattening of that curve folks talk a lot about.” ~ Rev. Alex Plum

At Wayne State University in Detroit, United Methodists are among the research subjects in a national study on the effectiveness of hydroxychloroquine as a treatment for COVID-19, said Plum, who works at the university.

“The United Methodist Church is leading in really unique and helpful ways to help connect the church to the world around community services and community resources,” Plum said.

“So churches are one of the first places that those studies contacted to help connect with those research populations and to understand how to support them.”

‘Whether you’re making a mask for hospital workers or you’re working in a food pantry or you’re delivering a bag of groceries to a neighbor, that’s what we raise up our people to do,” Harvey said. “We’re actually practicing what we’ve been preaching, and I see glimmers of hope in what looks like despair.”

Richardson recently spoke to a group of nurses at New Orleans East Hospital, as they tried to cope with the death of one of their own.

“They’re in the hospital 16 or 20 hours (a day). It’s just home and back, home and back,” Richardson said, adding that he stressed to the group that they are not alone.

“Because we are in this together, we need to communicate that you are not alone, and hence we are embodying the fact that even though we are in the valley of the shadow of death, God says ‘God is with us.’”