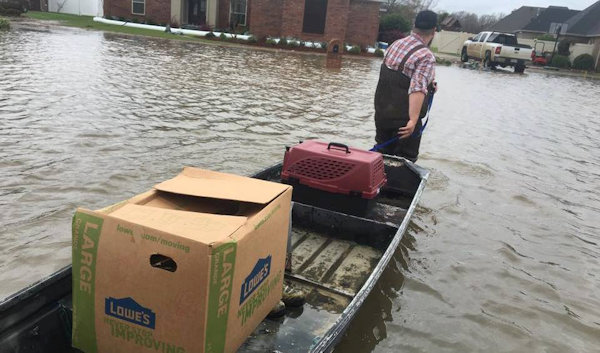 When disaster strikes in the United States, UMCOR is there partnering with Annual Conferences from Washington to West Virginia. ~umcor photo

Catherine Earl has been named Director of UMCOR’s Operations and Partner Relations in the United States.

Atlanta, Georgia, January 17, 2017—Catherine G. Earl, an experienced professional in disaster readiness, response, and recovery, is the new director of US operations and partner relations of the United Methodist Committee on Relief (UMCOR).

Thomas Kemper, chief executive of the General Board of Global Ministries, The United Methodist Church’s worldwide mission agency of which UMCOR is a unit, named Earl to the position. Earl has been associated with UMCOR since 2002.

UMCOR in the United States has strong ties with United Methodist annual (regional) conferences, offering extensive training in readiness for, response to, and recovery from natural and human-caused disasters.

“Cathy Earl brings a great deal of experience and keen insight concerning disaster relief to her new role at UMCOR,” said Kemper. “She also brings valuable knowledge of the church, the operations of annual conferences, and the generous, helping spirit of United Methodists.” Earl’s new formal title is director of disaster response and US partner relations.

“She is widely respected among the conference disaster response coordinators as a person willing to both provide quiet support behind the scenes as well as to be leading from in the field–in crisis situations,” said the Rev. Jack Amick, UMCOR’s senior director for disaster response. “Cathy is an equipper of others. Her ministry is grounded in serving the most vulnerable in ways that maintain the dignity of those being served.”

Earl’s first work with UMCOR was 14 years ago when she was the disaster case management supervisor, and later director, for the Greater New Jersey Conference-UMCOR response to the September 11, 2001 terrorist attack on the World Trade Center.

In 2005 she was deployed by UMCOR to train Federal Emergency Management Administration (FEMA) personnel in case management following Hurricane Katrina.

For over two years, she was lead technical supervisor for UMOR’s Katrina Aid Today, a FEMA-funded program that that helped thousands of families displaced by the storm in 2005.

Earl joined the core staff of UMCOR in 2008, serving as executive secretary for US disaster response. In her new role, she succeeds Gregory A. Forrester, who left the agency in November, 2016 to become president and CEO of National Voluntary Organizations Active in Disaster (NVOAD), a national association of relief organizations. Since 2008, Earl has been a representative from UMCOR to NVOAD’s committees and programs dealing with case management and training.

Of her new position, Earl says that she, “will gratefully continue to reach out to look for new ways for UMCOR to enhance our partnerships with the faith-based, nonprofit, and governmental disaster response agencies linked with us in a compassionate response to disaster survivors. I eagerly anticipate that UMCOR’s connection within the United Methodist family will continue to provide a strong foundation for meaningful response to individuals and families. Together we can be there and be hope for our hurting neighbors.”When